Where to Study in the UAE: the most Promising Universities 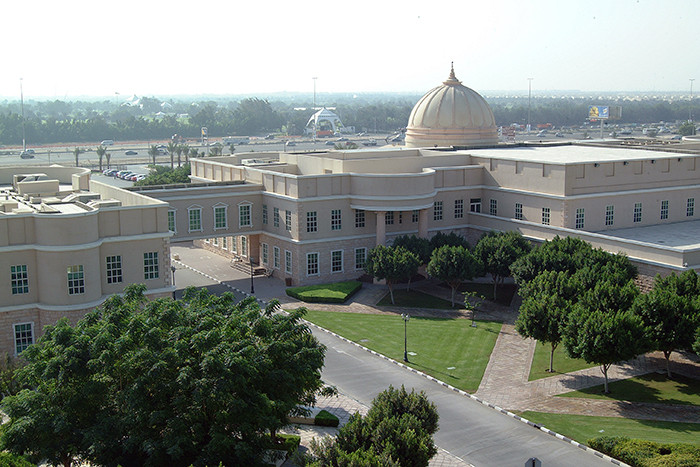 These universities are taught in English. Each bachelor’s degree course costs an average of $680 per semester. Normally, a student takes 4-5 courses, so the average cost of a semester is $2720-$3400.

This is the country’s first and most comprehensive state university, founded by the first President of the United Arab Emirates, Sheikh Zayed ibn Sultan Al Nahyan.

There are now 14,000 students, including foreigners. The university has nine colleges with the following courses:

The UAE University ranks fifth in the Arab world. It has an international faculty and a wide range of student support services. It has research centers that study areas important to the country’s development, from water resources to cancer treatment.

READ: Dubai Marina: Everything You Need To Know

The university has more than 6,000 students and 530 teachers.

For the first 10 years, Zayed University was open only to women from the UAE (from 1998 to 2008), and later to men and foreign students. Today there are six colleges with directions:

State University. It is among the four Middle Eastern universities with accreditation to the United States higher education system on MSCHE assessment (Middle Atlantic Higher Education Commission). The university’s geography will soon expand: in addition to the campuses in Dubai and Abu Dhabi, a third will be opened, in Ras al-Khaimah.

The Institute of Arab and Islamic Studies Al-Maktoum in Scotland, the Australian National University, the Complutense University of Madrid in Spain, Waseda University in Japan.

It is the largest public applied higher education institution in the UAE and the country’s first free economic zone university.

This makes it possible to launch business projects on its territory without the necessary involvement of local partners or agents. Applicants may choose one of the following programs for the baccalaureate:

The main feature of the university is the practical nature of all specialties. In 30 years 65,000 graduates passed through the doors of the university. There are 16 campuses in total, most of which are separate for boys and girls (except for the new buildings in Ruwayce and Madinata Zayed). Teaching and student staff are multinational.

This private institution specializes in applied fields of knowledge. Despite its youth (it was founded in 2007), the university already ranks 268 in the QS world ranking.

In addition to the number of students, there are also teaching staff who come from more than 40 countries. The Ministry of Education and Science of the Republic of Belarus is responsible for the training of teachers. A small, almost «family» university (with no more than 500 students) offers 13 bachelor’s degree programs, 22 master’s programs, and 7 doctoral programs (Ph.D.). In addition to the training centers, there are also 18 research centers and institutes.

The most promising areas are:

The University participates in UAE competitions, especially in the areas of e-government, e-learning, health, energy, and aerospace. The university is not only closely linked to the government initiatives of the Emirates, but also extends its ties to the world through cooperation with international scientific organizations from the United States, the United Kingdom, and South Korea. Other advantages include a solid library and ample opportunities for sports.

Ajman University of Science and Technology

The university was founded at the same time as the Higher Colleges of Technology – in 1988 – and became the first private university in the Arab States of the Persian Gulf.

The university is considered one of the most suitable for international education: by this criterion QS ranked it as the 6th in the world. In addition, Ajman, a neighbor of Sharjah, was ranked 61st in the student city rankings of the world.

A few more figures: five university programs have received international accreditation, 30 partnerships have been formed for student and scientific exchange, 38,000 students of 72 nationalities consider this institution their alma mater.

At Ajmansk University, foreign students may obtain one of the following degrees:

The Architecture of Consumption: Shopping Centers as an Exhibition Object - 8.08.21
Оставьте комментарий Cancel reply
Latest Articles
21:58
Is a Credit Card Required in Dubai: In Any Case, You Need a Credit Card On Your Dubai Vacation
20:49
You Have to Tip in Dubai: With a Few Dirham You Can Reach a Lot
21:25
Atlantis The Palm Dubai Lobby: The Atlantis The Palm Dubai Lobby is Very Impressive for Visitors
16:21
JA Oasis Beach Tower: You Have a Great View from the JA Oasis Beach Tower in Dubai
19:47
Aura Sky Pool: The Highest 360-Degree Infinity Pool in the World is Only in Dubai
19:54
10 Highest Hotels in Dubai: In the Emirate of Dubai There are Many Tall Hotels with Great Views
20:27
Sharjah International Airport: Home Airport of Air Arabia
17:36
The Biggest Myths About Dubai: Is It True
14:52
The Ukrainian Charitable organization appeals to the world community to help Ukrainians affected by the war in Ukraine
18:19
Yas Island Rotana: Yas Island in Abu Dhabi
MyDubai.Media » Articles » Where to Study in the UAE: the most Promising Universities