More About Transport: The Tram in Dubai 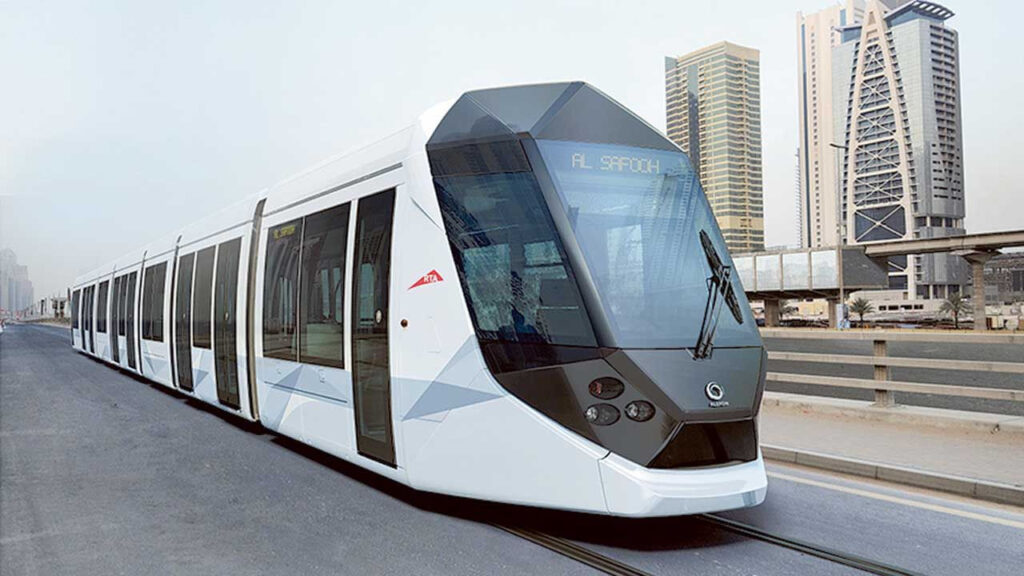 The tram in the city of Dubai, also called Dubai Tram, is located in the United Arab Emirates and the first section of the Al Sufouh station to Jumeirah Beach, was on November 11, 2014 by the head of state of the Emirate Dubai, Sheikh Mohammed Bin Rashid Al Maktoum opened.

The route is two-track and leads from the district of Al Sufouh to Jumeirah. Thereafter, the route continues to the skyscrapers of the Dubai Marina and Lake Towers in Jumeirah. Arrived at this station, the trains can turn in a loop and thus offer passengers a transfer possibility to the metro. An economic advantage is undoubtedly the fact that the route is directly at the currently expanding Dubai Media City. The City mentioned is a United Arab Emirates free trade zone and is located in the districts of Dubai Internet City and Dubai Knowledge Village.

At the project of the new route, the state traffic authority of Dubai had decided at the time. Because the said district in the past had recorded an enormous population growth. This situation came about because new jobs created new jobs through many new buildings and residently resident in this district. The beginning of the construction work for the first tram in the UAE was made in 2009 and a corporate consortium, presented by different countries, received the order to start with the first construction phase in April of 2011. However, the financial crisis in 2010 destroyed the original plans. Building delays have occurred thereby. Various buildingists were the result and the planned appointment was postponed to 2014. The first construction phase was estimated at about 550 million dollars, with the final expansion estimated at about 900 million dollars.

The first section has a total of nine stops with a length of about 9.5 kilometers. The future planning provides for more six stations to be connected at a later date. At the moment, 5,000 people can be transported every hour and it is unique in the world that the tram stops are air-conditioned and closed. For safety reasons, the platform doors of the trains are opened only with the holding. The entire route has no overhead line. The operation is carried out by a busbar in the track bed. After the terminus “Mall of the Emirates”, the trains can drive on another track to the permanent establishment and this can accommodate up to 50 vehicles.

At the moment there are a total of 11 railcars of the series 402 in use. Although the route is free of overhead lines, the railcars have power companies. Since in the depots partially overhead lines are present and thus worked. A tramway with a length of 44 meters can carry up to 408 passengers. This has a 1st class cart, a standard car and separate compartments for women and children. It is worth noting that the individual cars are well insulated. So they provide special protection against extreme heat and dust. The route operated at the moment is merely a beginning. Because in the second phase, the route should be extended by five kilometers.

The Architecture of Consumption: Shopping Centers as an Exhibition Object - 8.08.21
Оставьте комментарий Cancel reply
Latest Articles
20:49
You Have to Tip in Dubai: With a Few Dirham You Can Reach a Lot
21:25
Atlantis The Palm Dubai Lobby: The Atlantis The Palm Dubai Lobby is Very Impressive for Visitors
16:21
JA Oasis Beach Tower: You Have a Great View from the JA Oasis Beach Tower in Dubai
19:47
Aura Sky Pool: The Highest 360-Degree Infinity Pool in the World is Only in Dubai
19:54
10 Highest Hotels in Dubai: In the Emirate of Dubai There are Many Tall Hotels with Great Views
20:27
Sharjah International Airport: Home Airport of Air Arabia
17:36
The Biggest Myths About Dubai: Is It True
14:52
The Ukrainian Charitable organization appeals to the world community to help Ukrainians affected by the war in Ukraine
18:19
Yas Island Rotana: Yas Island in Abu Dhabi
18:36
Dubai Safari Park: A Beautiful Zoo in Dubai
MyDubai.Media » Articles » More About Transport: The Tram in Dubai
Posting....