Jumeirah: A Perfect Place for Attractions and Festivals 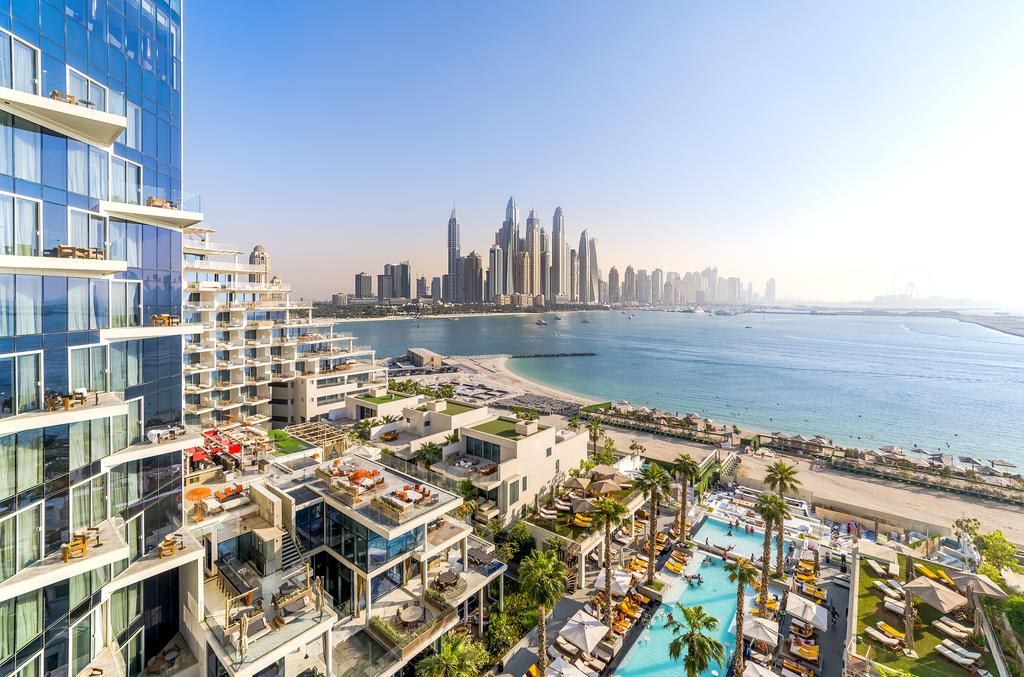 Jumeirah is the most popular coastal area in Dubai with tourists and locals alike. The best beaches in the city and luxurious residences are located right here.

Jumeirah: Description of the Dubai Area and Economic Attractiveness

Jumeirah is so popular with locals that its name became synonymous with a luxurious seaside resort and even a brand. In addition, it has changed the names of hotels and residential complexes located in other geographical locations.

Initially, the area had a small settlement, and the locals were collecting pearls and fishing. The situation changed in the late 1960s when oil was discovered in Dubai, production began and petrodollars poured into the emirate. The first to build residences on the coast of Jumeira were members of the Sheikh’s family, followed by other wealthy citizens from the densely populated areas of Bur-Dubai and Deira. Then immigrants started settling here.

Thus, the first settlers appeared in Jumeira, and Dubai has entered a new phase of development. After more than 20 years, roads were built in the area, a coastal recreation park was built, shopping malls, cafes, and restaurants were opened, but there was only one hotel. It was demolished in 1995 and replaced by a spectacular Jumeirah Beach Hotel in the form of a wave, which triggered a huge hotel boom in Dubai.

A visiting card of the district is, of course, beautiful beaches with gold sand, crystal clear sea, and luxurious five-star hotels. The total length of Jumeirah beaches is 14 km.

All beaches are equipped not only with lounges and changing booths but also with Wi-Fi, gadget charging, night lighting on solar panels, etc.

The Palm Jumeirah is also in the Jumeirah area.

Economic Attractiveness of the Area

The private island of Jumeirah Bay Island off the coast is an attractive place for real estate investment. In 2018, Meraas Bulgari Resort and Residences opened an elite designer residential complex, which can be read more about here. In this complex, you can buy mansions, 4 bedroom penthouses, and 1-3 bedroom apartments with an initial cost of 1,200,000 USD. Next, in the center of the island, another project «Amalfi Villas» is realized, which implies the construction of townhouses of the luxury class with 3-5 bedrooms.

By the way, Jumeirah Bay Island is easily distinguishable, its outline resembles the silhouette of a seahorse, and it is connected to the mainland by a 300-meter bridge.

The Meraas La Mer project covers the entire coastal area of Jumeirah 1 and Jumeirah 2, as well as the two islands of North and South. The old beach was reconstructed and modernized, and hotels and residential complexes were built. In addition, La Mer already has Laguna Waterpark, a yacht club, and a marina for yachts. The Port De La Mer offers 1-5 bedroom apartments in the La Voile complex. As well as 1-4 bedroom apartments and 5 bedroom penthouses in La Cote complex, 3-5 bedroom townhouses in Sur La Mer.

Where is it Located?

The southern borders of the area are along the city’s important highway, the Sheikh Zayed Road, but due to continuing development, the area extends further into some areas. After the fashion on the brand «Jumeirah» began to appear residential complexes with a similar name quite far from the coast: Jumeirah Lake Towers, Jumeirah Heights, Jumeirah Islands, Jumeirah Village, Jumeirah Golf Estate.

Jumeirah Group is also a group of hotels with the same name worldwide.

Other parts of the city can be easily reached via one of the main Dubai Sheikh Zayed Road. Parallel to Sheikh Zayed Road is the red branch of the unmanned Dubai Underground. The area has a Jumeirah metro station and buses 8, 81. Dubai International Airport can be reached in 30-60 minutes.

The area continues to be devastated mainly in the southwest and, at the same time, is gaining more space from the sea.

Every year in winter, the Dubai Shopping Festival is held in Jumeira and all the shopping establishments of the district, from large malls to small cafes, pamper visitors with huge discounts.

At the same time, there are street concerts, various shows, children’s performances, fireworks. Kite Fest is held at Kite Beach in January as part of the festival – kitesurfing, kite launch, and flight competition.

The Dubai Food Festival is held from February to March. The Dubai International Film Festival (DIFF) is an international cultural event. It has been organized every two years since 2004. Arab, African and Asian film tapes have participated in the screenings.

In addition to the beaches and hotels in the Jumeirah area, there is a place to go and something to see.

The Jumeirah Mosque is located in the eastern part of the district. The building is built in the traditional Fatimid style. Not usually Muslims are forbidden inside prayer shrines, but this mosque is open to all. There are regular educational excursions about the fundamentals of Islam.

The Etihad Museum (Union Museum) is also nearby. Between Jumeirah Beach and Safa Parks, archaeological excavations are being conducted, and the artifacts found date back to the Abbasid epoch of the 9th to 11th centuries. They are then transferred to the Dubai Museum and Heritage Village, where they can be viewed.

The former residence of Sheikh Rashid Majlis Ghorfat Umm Al Shelf is also a historical legacy. It is a house of gypsum and coral slabs with rich teak trim, surrounded by a fountain garden.

In Jumeirah, you can visit the zoo. Dubai Zoo grew out of a small private collection and was spontaneously replenished with animals brought into the emirate by smuggling.

In the 1960s, only a small area of 1.75 hectares was allocated to the zoo, and now it has nowhere to grow because the land around it is already built up. The zoo now has about 1,400 species of animals, both native and imported from afar.

The Architecture of Consumption: Shopping Centers as an Exhibition Object - 8.08.21
Оставьте комментарий Cancel reply
Latest Articles
20:49
You Have to Tip in Dubai: With a Few Dirham You Can Reach a Lot
21:25
Atlantis The Palm Dubai Lobby: The Atlantis The Palm Dubai Lobby is Very Impressive for Visitors
16:21
JA Oasis Beach Tower: You Have a Great View from the JA Oasis Beach Tower in Dubai
19:47
Aura Sky Pool: The Highest 360-Degree Infinity Pool in the World is Only in Dubai
19:54
10 Highest Hotels in Dubai: In the Emirate of Dubai There are Many Tall Hotels with Great Views
20:27
Sharjah International Airport: Home Airport of Air Arabia
17:36
The Biggest Myths About Dubai: Is It True
14:52
The Ukrainian Charitable organization appeals to the world community to help Ukrainians affected by the war in Ukraine
18:19
Yas Island Rotana: Yas Island in Abu Dhabi
18:36
Dubai Safari Park: A Beautiful Zoo in Dubai
MyDubai.Media » News » Jumeirah: A Perfect Place for Attractions and Festivals
Posting....