Jebel Ali: There is Still a Lot of Construction Going on in Jebel Ali 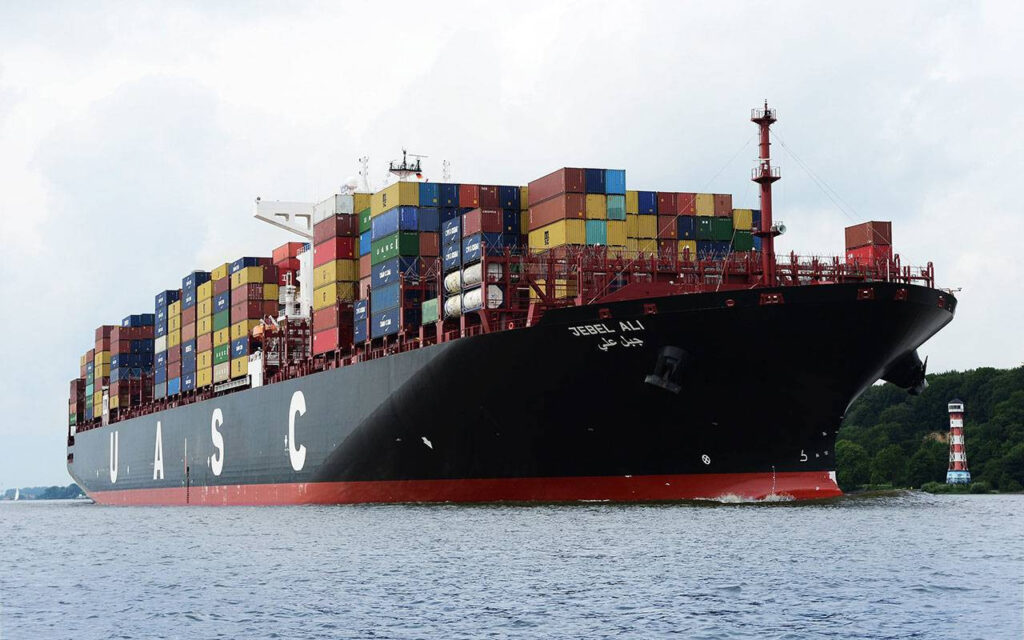 Jebel Ali is far from the center of Dubai. Known for the port, free trade zone and where there is also a nice hotel. This region of Dubai is currently still being heavily developed. A lot is being built. Al Maktoum International Airport is also nearby. This is to be expanded into the largest airport in the world.

Of course, the port is very important for the supply of Dubai. Trading used to take place at Dubai Creek. Today this has all moved to Jebel Ali Port. It is an artificial deep seaport. You can’t go there as a tourist. Everything is very tightly guarded as you can imagine. You can only recognize the harbor by the cranes. You will also see numerous container ships and trucks there.

ACCIONA has completed a key milestone in the construction of Dubai’s Jebel Ali Sea Water Reverse Osmosis (SWRO) desalination plant, which is now producing at 100% of capacity, or 182 million liters of potable water per day, and is already supplying the city’s water network.

For example, the JAFZ (Jebel Ali Free Zone) manages the Jebel Ali Port. They are also responsible for Port Rashid. Most cruise ships dock there. Trade is conducted from the port in Jebel Ali. It is a free trade zone with very low taxes. That is why numerous companies have settled there. The port is one of the largest container ports in the world. More than 13 million tons are handled there. The port is also a major employer and around 100,000 people work in the area.

Interesting for tourists there is the Jebel Ali Beach Hotel. It is one of the first beach hotels in Dubai. But also far from the city center. If you are looking for peace and relaxation you should choose this hotel. It has been renovated several times. The gigantic outdoor area has been made very beautiful. The hotel also has its own private golf course. Not many hotels in the city have that, of course. It’s something very special. The hotel has 253 rooms and suites of a high standard.

An artificial island was also created there. This is called The Palm Jebel Ali and should one day be just as beautiful as The Palm Jumeirah. But so far the construction of the infrastructure has not started. Whether this will happen at all is questionable. But this has already been poured out. Furthermore, this is also slightly larger than The Palm Jumeirah. So there would be a lot of space.

Of course, the metropolis of Dubai needs a lot of electricity, as you can imagine. This is produced in Jebel Ali, for example. The power station is very big and you can see it from afar. It is three kilometers long. The power plant is operated by the Dubai Electricity and Water Authority. The power is 7.2 gigawatts. Another highlight there is certainly the largest seawater desalination plant in the world. When you turn on the taps in hotels in Dubai, the water comes from Jebel Ali.

Al Maktoum International Airport is also nearby. At the moment only cargo planes land there. But in the next few years, this is to be greatly expanded. The airline Emirates will then take off and land from there.

READ: Real New Yorkers: How Do They Live?

How to Get to Jebel Ali

If you want to drive to Jebel Ali, you should use the rental car. So it’s very good if you have one. Simply take the E11 towards Abu Dhabi from Dubai Marina. Then you just have to follow the signs. In principle, this is very simple. Another option is to use a taxi. But of course, you have to spend more money there and the journey takes a little longer. You can’t go there with the Dubai Metro. Because this only goes to the IBN Battuta Mall.

The Architecture of Consumption: Shopping Centers as an Exhibition Object - 8.08.21
Оставьте комментарий Cancel reply
Latest Articles
09:28
Everything You Need to Know About the Forex Traders Summit 2023
16:42
Abu Dhabi Mall: The Mall in the Center of Abu Dhabi
21:58
Is a Credit Card Required in Dubai: In Any Case, You Need a Credit Card On Your Dubai Vacation
20:49
You Have to Tip in Dubai: With a Few Dirham You Can Reach a Lot
21:25
Atlantis The Palm Dubai Lobby: The Atlantis The Palm Dubai Lobby is Very Impressive for Visitors
16:21
JA Oasis Beach Tower: You Have a Great View from the JA Oasis Beach Tower in Dubai
19:47
Aura Sky Pool: The Highest 360-Degree Infinity Pool in the World is Only in Dubai
19:54
10 Highest Hotels in Dubai: In the Emirate of Dubai There are Many Tall Hotels with Great Views
20:27
Sharjah International Airport: Home Airport of Air Arabia
17:36
The Biggest Myths About Dubai: Is It True
MyDubai.Media » Articles » Jebel Ali: There is Still a Lot of Construction Going on in Jebel Ali