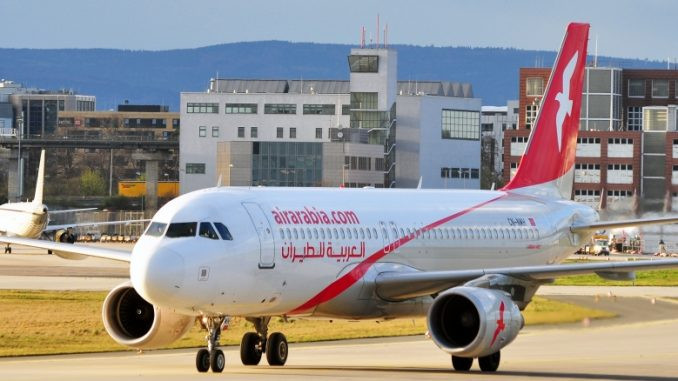 Air Arabia is an Arabian low-cost airline. It is based in Sharjah, one of the seven United Arab Emirates. The airline was founded in 2003 by the Emirate’s Emir, Dr. Founded by Sheikh Sultan bin Mohamed al-Qasimi. It was the first low-cost airline in the entire Middle East. In 2009, she founded the subsidiaries Air Arabia Maroc based in Casablanca and Air Arabia Egypt based in Burg al Arab with local investors.

In 2015, it took over 49 percent of Jordanian Petra Airlines, which has since been called Air Arabia Jordan. The Air Arabia fleet currently consists of a total of 39 Airbus A 320 aircraft, with 4 more on order. Air Arabia currently flies to 162 airports in 101 countries in the Middle East, Asia, Africa, and Europe.

The most important European flight destinations of Air Arabia and its subsidiaries are Amsterdam, Barcelona, ​​Basel, Brussels, Dresden, Frankfurt-Main, Hof, Cologne, London, Madrid, Moscow, Palma de Mallorca, Sarajevo, and Venice. The airline is often used as a leisure airline and flies to well-known holiday destinations such as Hurghada, Djerba, Enfidha, Casablanca, and Tangier. Air Arabia is one of the low-cost airlines rated as good. The average age of their aircraft is around 3 years, the average seat pitch is 81 cm. Both correspond to the industry average for commercial aviation.

The most important – safety

The onboard service, the food, and the entertainment program are fine. An advantage of Air Arabia, in addition to the favorable price-performance ratio, is membership in the Arab Air Carriers Organization. All members of this organization coordinate their flight schedules in such a way that their passengers can reach many flight destinations around the world as comfortably as possible and without long waiting times. Tourists who are on holiday in Dubai and want to visit other Arab countries, for example, can fly to other destinations very cheaply with the low-cost airline Air Arabia from the Emirate of Sharjah.

The company was founded in 2003

Air Arabia is still a very young airline that was founded in 2003. Popular destinations from Sharjah include flights to Bahrain, Colombo, Doha, Kuwait, and Muscat. Air Arabia’s main destinations are currently 44 destinations in Asia, the Middle East, and the Arab States. The fleet is very modern with 17 Airbus A320. This is to be expanded in the coming years with 44 Airbus A320. All Arabian airlines such as Emirates from the neighboring emirate of Dubai are experiencing very strong growth.

The Architecture of Consumption: Shopping Centers as an Exhibition Object - 8.08.21
Оставьте комментарий Cancel reply
Latest Articles
21:58
Is a Credit Card Required in Dubai: In Any Case, You Need a Credit Card On Your Dubai Vacation
20:49
You Have to Tip in Dubai: With a Few Dirham You Can Reach a Lot
21:25
Atlantis The Palm Dubai Lobby: The Atlantis The Palm Dubai Lobby is Very Impressive for Visitors
16:21
JA Oasis Beach Tower: You Have a Great View from the JA Oasis Beach Tower in Dubai
19:47
Aura Sky Pool: The Highest 360-Degree Infinity Pool in the World is Only in Dubai
19:54
10 Highest Hotels in Dubai: In the Emirate of Dubai There are Many Tall Hotels with Great Views
20:27
Sharjah International Airport: Home Airport of Air Arabia
17:36
The Biggest Myths About Dubai: Is It True
14:52
The Ukrainian Charitable organization appeals to the world community to help Ukrainians affected by the war in Ukraine
18:19
Yas Island Rotana: Yas Island in Abu Dhabi
MyDubai.Media » Articles » Air Arabia: Airline from Sharjah