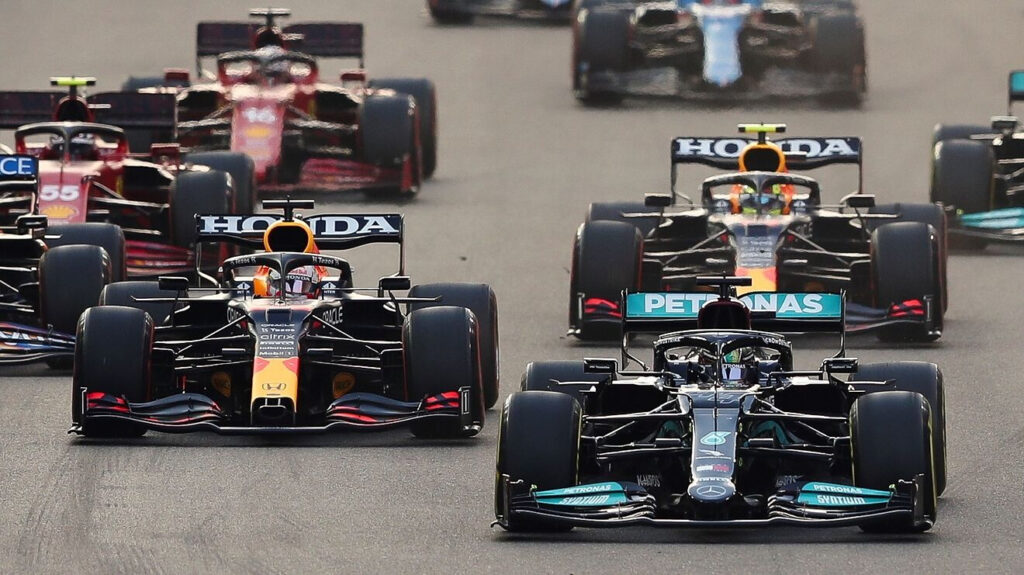 In 2009, the Abu Dhabi Grand Prix was held in the capital of the UAE for the first time. The race track is located on the offshore island of Yas Island. Starting in 2009, Abu Dhabi will host a Grand Prix as part of the Formula 1 World Championship for an initial period of seven years.

The corresponding contract was signed at the Emirates Palace Hotel during the first Formula 1 celebration in Abu Dhabi by the Chairman of Formula One Management, Bernie Ecclestone, and Khaldoon Al Mubarak, Chairman of the Abu Dhabi Executive Affairs Authority.

The Formula One car race is one of the biggest events of the year for the United Arab Emirates with many visitors. It is an important and respected sporting event comparable to the Olympic Games or World Championships, for example.

READ: Lapita Hotel: The Lapita Hotel is Located Within the Grounds of Dubai Parks and Resorts

The Design of the Race Track

The racetrack was designed by the renowned Formula 1 racetrack designer Hermann Tilke. By the way, the race track is called the Yas Marina Circuit, as you can tell from the name of the island. As befits the Emirates, no money has been spared and everything has been done in a very spectacular and modern way.

If you want to be there live, you have to get a ticket early. The hotel prices are of course correspondingly expensive.

When there is no racing taking place then you can stay at the five star Yas Viceroy Hotel which is located right on the circuit. At breakfast you can watch the racing cars drive by, which is of course very interesting.

The length of the race is 305 kilometers with 55 laps to be driven by the racers. Many visitors always come from Dubai because you can be there in just over an hour. Now you’re probably wondering who actually won the Abu Dhabi Grand Prix.

These are Sebastian Vettel, Lewis Hamilton, Kimi Raikkonen and Nico Rosberg. Of course, Dubai would also like to have a Formula One car race, but Abu Dhabi got the nod. There is already a race track in Dubai and that is the Dubai Autodrome, where you can also drive down the track in fast racing cars. This is also possible on the Yas Marina Circuit when there are no car races taking place.

Then you can do a lap yourself and that is definitely an unforgettable experience and highlight on vacation. Right next to the race track there are numerous other interesting sights and attractions such as Ferrari World.

READ:15 Situations a New York Expat is Guaranteed to go Through: Emigrants in New York

An Interesting Amusement Park with the Fastest roller coaster in the world. Next to it is the water park Yas Waterworld and the large shopping center Yas Mall.

So it’s worth making a detour to Abu Dhabi and of course it’s best when the Abu Dhabi Grand Prix is ​​taking place. But a visit for tourists is also very interesting in other respects.

Post Views: 28
Related posts:
If you have found a spelling error, please, notify us by selecting that text and pressing Ctrl+Enter.

The Architecture of Consumption: Shopping Centers as an Exhibition Object - 8.08.21
Оставьте комментарий Cancel reply
Latest Articles
09:28
Everything You Need to Know About the Forex Traders Summit 2023
16:42
Abu Dhabi Mall: The Mall in the Center of Abu Dhabi
21:58
Is a Credit Card Required in Dubai: In Any Case, You Need a Credit Card On Your Dubai Vacation
20:49
You Have to Tip in Dubai: With a Few Dirham You Can Reach a Lot
21:25
Atlantis The Palm Dubai Lobby: The Atlantis The Palm Dubai Lobby is Very Impressive for Visitors
16:21
JA Oasis Beach Tower: You Have a Great View from the JA Oasis Beach Tower in Dubai
19:47
Aura Sky Pool: The Highest 360-Degree Infinity Pool in the World is Only in Dubai
19:54
10 Highest Hotels in Dubai: In the Emirate of Dubai There are Many Tall Hotels with Great Views
20:27
Sharjah International Airport: Home Airport of Air Arabia
17:36
The Biggest Myths About Dubai: Is It True
MyDubai.Media » Attractions » Abu Dhabi Grand Prix: On Yas Island