With Gucci and Prada Under the Hijab: The Life of Arab Women 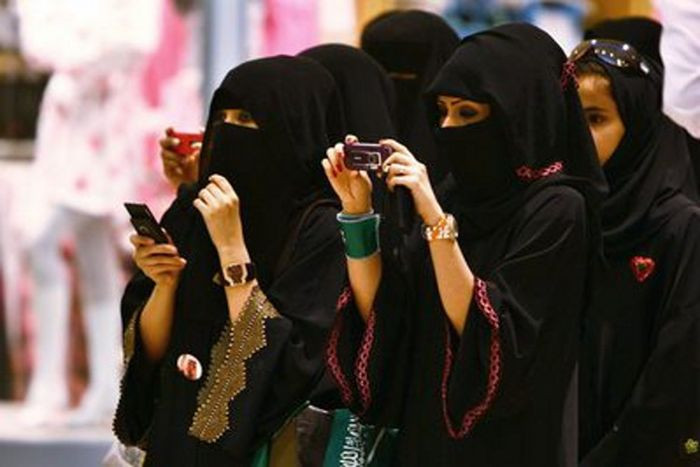 Getting to the United Arab Emirates is not difficult: you bought a ticket, made a visa, and now one of the most comfortable airports in the world welcomes you with open arms. But what is it like to get here to live? There are only two ways: come to work or get married.

Jewels of Muslim Women in the UAE

Emirati women use numerous gold jewelry. Such peculiarity is justified by historical traditions, because in ancient times an Arab man could use the right to divorce his wife, having told her the word «talak» (means «leave») three times. In this case, it was customary that immediately after such words a woman would collect her belongings and leave her husband’s house. Thus, in order not to be left with anything, women had to wear all the gold jewelry they had. This habit persists in the Emirates today, but only the wives of wealthy citizens have gold jewelry.

What is Dubai Woman? The Arab Emirates is a Muslim country where a woman is a very special being. In the Koran, she can only show outsiders feet, hands, and face.

In some especially religious families, the face is also covered except for the eyes. In the Emirate of Dubai, local women traditionally wear black clothes. Summer temperatures reach 50 degrees, but these black dresses are not hot to the heels – they are made of the highest quality silk. Plus, nobody walks here. And the car always has air conditioning.

A woman here is not powerless: she can study, work, drive. But to open up your body on the street and marry a foreigner is insane.

Only 30 percent of the population – local Arabs – had citizenship. With the registration of such «unequal» marriage, a woman does not lose this citizenship, but her children and the husband will not have citizenship. In marriages where the woman is a foreigner and the husband, everything is a little different. After a certain period of time has elapsed, the visitor may acquire citizenship if the husband agrees.

To become «local» is still possible! And citizenship here, of course, gives certain privileges. UAE citizens receive free treatment in municipal institutions, free tuition (sometimes also abroad), good pensions, and young people who marry local girls receive two-story villas to live in, And that means that you can not worry about your children.

But how do you find a local Muslim for marriage? There are two ways. Successful and unsuccessful. The wrong way is to meet him in the Emirates. Of course, the fact that an Arab should fall in love with you is not undone. But an Eastern man who sees a European woman in more open clothes is easily liked, and all-female relatives, including grandmothers and aunts, as is customary in their tradition, no longer need to be gifted.

So, you for your fiancé become a woman «at a discount». But the fact that you «at a discount» does not mean that your husband will not dress you immediately in a long black hijab, because it is necessary to equalize you with local women.

Under the hijab, you will be able to wear Gucci and Prada, exclusive underwear, and the most expensive jewelry. You will live on the female half. But European disappointment does happen. One day, the flamboyant brown-eyed husband’s love for his wife ends, and this ends any relationship.

In this country, a woman to a man is not a friend, a sister, not a personal psychologist in one person, as we do, but a commodity and a sexual object.

But the mentality can be challenged. And the successful way to meet the prince is to meet him outside the Emirates. Many Arabs travel to study abroad and their mentality there becomes more European. They get used to listening to a woman, trusting her, consulting with her. That is, apart from all the above-mentioned benefits, you still get a friend and companion.

Polygamy does exist in the United Arab Emirates. Up to four wives are permitted. But there are tacit rules. A second wife can only appear if the first agrees. And each subsequent spouse must receive the same support as the first. Now women do not live in so-called «harems», that is several wives together. Such polygamous marriages are not available to every Arab. So if you’re the first, you’re in luck.

How do you stay in the Emirates if you don’t want to marry? The first logical answer is to look for a job. Seventy percent of the population are men, including in the service staff. They do all the heavy work. What do you do? A tour guide or other tourist worker. This is probably the best place for a visiting woman. Or you have a lot of money and you make an investment, you do business.

One thing you have to understand is that you never get citizenship here. You don’t have any other pensioners.

What conclusions can be drawn from all this? The UAE is a unique country where everything is adapted to the citizens who live there. No oil dollars are leaking out of the country. They have traditions that are incredibly important to the locals. They’re trying to reduce the blood flow into their ethnicity. And, perhaps, in their way of life and the arrangement of the «universe» it is possible to find answers to many questions that concern modern women in Western countries.

The Architecture of Consumption: Shopping Centers as an Exhibition Object - 8.08.21
Оставьте комментарий Cancel reply
Latest Articles
20:49
You Have to Tip in Dubai: With a Few Dirham You Can Reach a Lot
21:25
Atlantis The Palm Dubai Lobby: The Atlantis The Palm Dubai Lobby is Very Impressive for Visitors
16:21
JA Oasis Beach Tower: You Have a Great View from the JA Oasis Beach Tower in Dubai
19:47
Aura Sky Pool: The Highest 360-Degree Infinity Pool in the World is Only in Dubai
19:54
10 Highest Hotels in Dubai: In the Emirate of Dubai There are Many Tall Hotels with Great Views
20:27
Sharjah International Airport: Home Airport of Air Arabia
17:36
The Biggest Myths About Dubai: Is It True
14:52
The Ukrainian Charitable organization appeals to the world community to help Ukrainians affected by the war in Ukraine
18:19
Yas Island Rotana: Yas Island in Abu Dhabi
18:36
Dubai Safari Park: A Beautiful Zoo in Dubai
MyDubai.Media » Articles » With Gucci and Prada Under the Hijab: The Life of Arab Women
Posting....