Where is the Emirate of Dubai: Welcome to the Arabian Peninsula 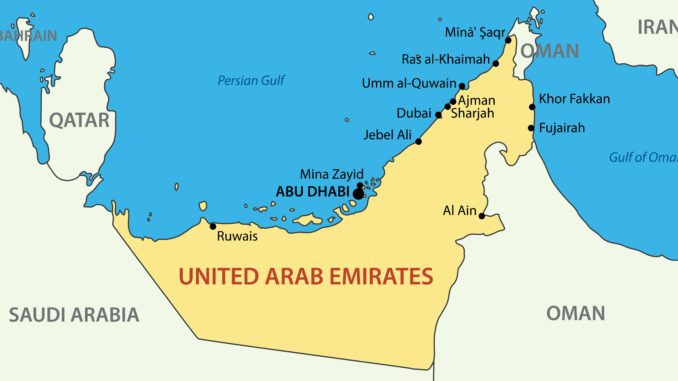 The Emirate of Dubai is located on the Arabian Peninsula and it belongs to the continent of Asia. The Dubai location is very good and you can reach many well-known cities and holiday destinations within a few hours by plane. That is why one of the largest aviation hubs in the world is also located there.

Where is the Emirate of Dubai Actually Located?

If you want to go on holiday there, you should also inquire about the location of the city. The metropolis belongs to the United Arab Emirates which consists of a total of seven emirates. Dubai is one of them and certainly the best known. The capital of the U.A.E. is by the way Abu Dhabi and tourism has also developed strongly there with many wonderful luxury hotels. The emirate is particularly popular with tourists as it can be reached in a good six hours by plane. You can expect a warm climate there all year round. The destination airport is Dubai International Airport.

Which Continent Does Dubai Belong To?

The emirate of Dubai belongs to the continent of Asia. To be precise, to the Middle East, where countries such as Saudi Arabia, Oman, Kuwait, Qatar, or Bahrain also belong. The emirates became very rich through oil and were able to rise to the top of the world within a few years. Many rich people also live there. The density of millionaires is therefore very high there. Meanwhile, a lot of people from Germany live there and there are many who have emigrated to the emirate. Furthermore, you can still benefit from tax exemption.

As already mentioned, the Dubai location is excellent and half the world can be reached from there in a few hours by plane. Many well-known travel destinations or cities can be reached quickly, such as Mauritius, Maldives, Seychelles, Singapore, or Hong Kong.

In recent years, the number of inhabitants in Dubai has risen sharply. Around three million people currently live and work there. However, around 85 percent are foreigners who have lived there for a few years. You can earn a lot of money there and then they return to your home country.

The immediate neighbors of Dubai are Saudi Arabia, Oman, and Qatar. Tours to Oman are also offered to tourists, which are very beautiful. However, it is recommended to stay there for a few days. Due to the Dubai location, most of the tourists from neighboring countries come to vacation there. Many tourists come from Saudi Arabia in particular. But the emirate is becoming more and more popular with international tourists and the largest market in Europe are holidaymakers from England. After that comes Germany.

What is the Capital of Dubai?

Since Dubai is a so-called city-state, the city itself is also the capital there. If you compare this with Germany then these are, for example, Hamburg or Berlin. The area is 4114 square kilometers and the city is expanding more and more. That means that more and more buildings are being built in the direction of Abu Dhabi. The amusement parks such as Motiongate and the Al Maktoum International Airport were also built there. You can see that in a few years the population will increase significantly.

READ: 12 Tips How to Pay in Dubai: How Should You Pay as a Tourist in Dubai

Many Dream Destinations Can Be Reached Quickly

Surely you’ve heard of Mauritius or the Maldives before. These popular holiday destinations can be reached within five to six hours by plane from Dubai. Therefore, it is advisable to make a stopover there for a few days to relax. Then you simply continue to fly to the desired destination. Many flights to Australia are also operated from the Dubai hub and Emirates has become an important operator. You can now reach many destinations from there.

Can You Go On Vacation There?

Meanwhile, Dubai is one of the most popular travel destinations for German tourists. You can be there in just six hours by plane and have beautiful beaches and luxury hotels such as Atlantis The Palm. So the Dubai location is excellent and it has become an interesting alternative to the Canary Islands. The price/performance ratio is particularly good in the summer months. You can go on a luxury vacation there for a cheap price. However, the most popular travel time is during the winter months.

Is Dubai in Saudi Arabia?

The emirate of Dubai borders Saudi Arabia and it is the neighboring country. That’s why it’s not there but in the United Arab Emirates. But you can go there by car if you want. Incidentally, the distance to the capital in Riyadh, for example, is over 1,000 kilometers. So this is not interesting for tourists because it is simply too far away. Furthermore, you should then use the plane where you will certainly be there faster.

Is Dubai in Asia or in Africa?

Anyone who has never dealt with the Dubai location is probably wondering where the emirate is located. Many always think that it is in Africa, but it belongs to the continent of Asia and more precisely to the Middle East. Furthermore, this region is called the Middle East and you’ve probably heard of it before. You should just take a closer look at our Dubai map and then you can see the exact location. But from Dubai, you can also reach many beautiful destinations in Africa, which is very practical.

READ: Where to Eat in New York: Best Tips

There are a total of seven different emirates that then form the United Arab Emirates. The emirate of Dubai is one of them and then there are for example Abu Dhabi, Ras al Khaimah, Sharjah, Ajman, and Fujairah. Then there is the emirate of Umm Al Quwain which is not yet so well known among tourists. Furthermore, there is not so much tourism there either. You have to know that every emirate is independent and that can in principle be compared with a federal state in Germany.

Post Views: 64
Related posts:
If you have found a spelling error, please, notify us by selecting that text and pressing Ctrl+Enter.

The Architecture of Consumption: Shopping Centers as an Exhibition Object - 8.08.21
Оставьте комментарий Cancel reply
Latest Articles
09:28
Everything You Need to Know About the Forex Traders Summit 2023
16:42
Abu Dhabi Mall: The Mall in the Center of Abu Dhabi
21:58
Is a Credit Card Required in Dubai: In Any Case, You Need a Credit Card On Your Dubai Vacation
20:49
You Have to Tip in Dubai: With a Few Dirham You Can Reach a Lot
21:25
Atlantis The Palm Dubai Lobby: The Atlantis The Palm Dubai Lobby is Very Impressive for Visitors
16:21
JA Oasis Beach Tower: You Have a Great View from the JA Oasis Beach Tower in Dubai
19:47
Aura Sky Pool: The Highest 360-Degree Infinity Pool in the World is Only in Dubai
19:54
10 Highest Hotels in Dubai: In the Emirate of Dubai There are Many Tall Hotels with Great Views
20:27
Sharjah International Airport: Home Airport of Air Arabia
17:36
The Biggest Myths About Dubai: Is It True
MyDubai.Media » Articles » Where is the Emirate of Dubai: Welcome to the Arabian Peninsula