What Language is Spoken in the UAE: Everything is not So Simple as It Seems 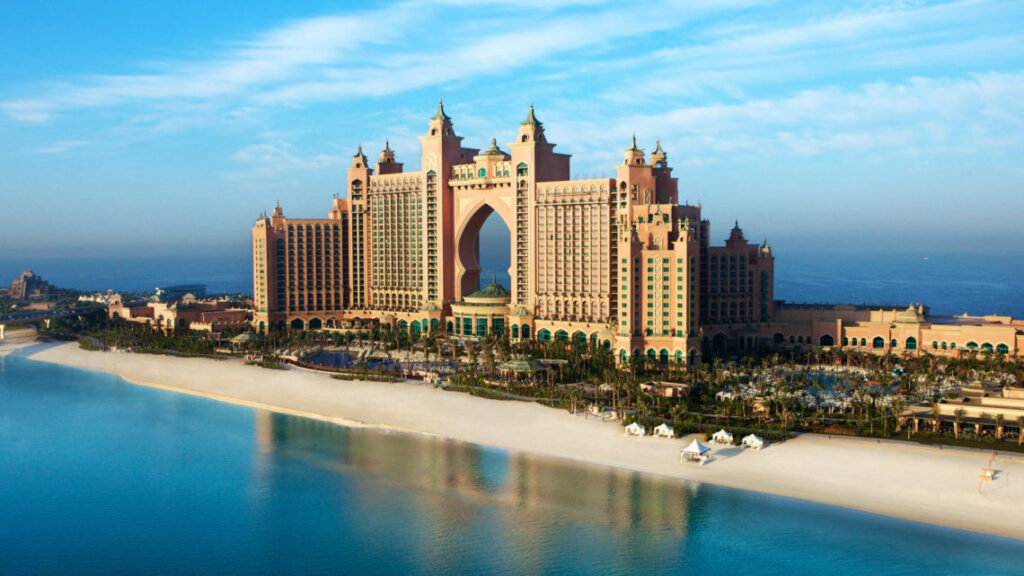 The official language of the United Arab Emirates is MSA (Modern Standard Arabic). All official documents are written in MSA, public administration is handled only by MSA, and most media outlets work for MSA.

All court cases are heard only by MSA. Previously, the authorities were not obliged to provide the parties with interpreters. Foreigners, unless they hired an interpreter, were just spectators in the courts. Fortunately, on November 8, 2020, amendments to the laws came into force, and now the accused is assigned an interpreter at the expense of the state.

However, the indigenous peoples of the UAE themselves do not speak the MSA but their dialect at home. And in most Arab countries, this is the case.

Gulf Arabic is one of the three most spoken dialects of Arabic in the world, along with Egyptian Arabic and Lebanese Arabic. This dialect is called “el-lahja el-kalijiyya”. It is spoken in the UAE, Qatar, Kuwait, Bahrain, Saudi Arabia.

The Arabic dialect Al-Shehhi is less common; it is spoken in the eastern regions of the country adjacent to Oman.

Aboriginal Arabs in the UAE do not speak MSA from early childhood. They first learn to speak their dialect and then learn MSA, usually in school or while watching television. In high school, they learn English.

The difference is not that big. Now all dialects of the Arabic language are mutually understood. That is, a UAE resident will understand a Tunisian or an Egyptian, but a small part of the words will be incomprehensible. It takes some communication experience to adjust to the grammar and learn new words.

The difference here is about the same as between the dialects of English in London and New York. Two such native English speakers will generally understand each other but will be forced to explain to each other the meanings of new words and clarify details.

Accordingly, if in other countries you have already “picked up” Arabic words and expressions, then mentally prepare yourself that the Arabs in the UAE will not understand them.

Among the 10 million people in the UAE, there are only slightly more than 1 million indigenous Arabs (citizens). The rest are ex-pats, visiting workers from different countries on work visas.

Naturally, all these people need some kind of common language. The language that fulfills this role is usually called “lingua franca”. Until 1971, the United Arab Emirates was under the protectorate (in fact, a colony) of Great Britain, and since that time, English began to be used everywhere.

If a person wants to work in the UAE, then knowledge of Arabic is not required, but knowledge of English is required. Road signs and signs, menus in cafes and restaurants, Internet sites are always duplicated in English. An example is in the photo next to it, click on the photo to enlarge.

With knowledge of English in the UAE, you will definitely not be lost! English is spoken here much more often than Arabic.

You can go to rest in the United Arab Emirates in such a way that the Arabic language is not required. Of course, this is provided that nothing extraordinary happened during the vacation.

You can even submit an oral complaint to a police officer in English. However, when it comes to bureaucracy, only the MSA is used. The application can only be written in Arabic. In police stations, there are translators who will write a statement according to the applicant’s words, but it is still uncomfortable to sign a document in which you have no idea what is actually written.

In case of trouble with the police, we strongly advise tourists not to say anything or sign anything without the presence of a lawyer and an interpreter.

Other Languages ​​in the UAE

Farsi, aka Persian. It is spoken by visitors from Iran, of whom there are about 500,000 in the United Arab Emirates.

Hindi, aka Indian. There are about 3,000,000 Indians in the United Arab Emirates. However, not all immigrants from India speak Hindi. India is a huge country and there are dozens of languages ​​in India.

Malay. It is spoken by visitors from Malaysia and Indonesia, about 1,000,000 of them live here.

Bengal. It is spoken by visitors from Bangladesh and eastern India, about 350,000 of whom live in the UAE.

Tagalsky. It is spoken by visitors from the Philippines, there are about 300,000 of them here.

READ: Interesting Facts: Everything You Need to Know About the Palm Islands of Dubai

The Arabs have their own numbers. On dirham coins, the denomination is written only in Indo-Arabic numerals.

These languages have come to the streets of the UAE thanks to a large number of labor migrants. Although the Emirates try to “understand” each guest before the trip, it is still worth replenishing your vocabulary with at least a few words in Arabic, such as: “hello” – “Marhaba” and “thank you” – “shukran.”

The Architecture of Consumption: Shopping Centers as an Exhibition Object - 8.08.21
Оставьте комментарий Cancel reply
Latest Articles
21:58
Is a Credit Card Required in Dubai: In Any Case, You Need a Credit Card On Your Dubai Vacation
20:49
You Have to Tip in Dubai: With a Few Dirham You Can Reach a Lot
21:25
Atlantis The Palm Dubai Lobby: The Atlantis The Palm Dubai Lobby is Very Impressive for Visitors
16:21
JA Oasis Beach Tower: You Have a Great View from the JA Oasis Beach Tower in Dubai
19:47
Aura Sky Pool: The Highest 360-Degree Infinity Pool in the World is Only in Dubai
19:54
10 Highest Hotels in Dubai: In the Emirate of Dubai There are Many Tall Hotels with Great Views
20:27
Sharjah International Airport: Home Airport of Air Arabia
17:36
The Biggest Myths About Dubai: Is It True
14:52
The Ukrainian Charitable organization appeals to the world community to help Ukrainians affected by the war in Ukraine
18:19
Yas Island Rotana: Yas Island in Abu Dhabi
MyDubai.Media » Articles » What Language is Spoken in the UAE: Everything is not So Simple as It Seems