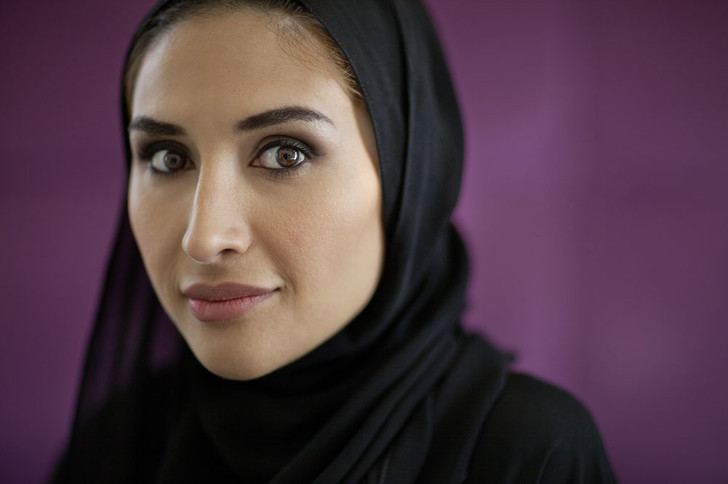 Wearing a hijab, sharing a husband with other wives, observing many rules is a lot of women living in a Muslim state with strict morals. The women of the United Arab Emirates do not complain: they have ruled the country for a long time.

Women have served in the Emirati police for 40 years. Today, there are about 1,500 police girls in Dubai alone.

They are dressed in a green uniform: a tunic, a long skirt or trousers, and a cap. Of course, there is also a scarf on the head: a cap is put on over it. The girls work in the patrol service, they are hired as bodyguards by influential women in the country. Pilots, judges, government officials, teachers, designers – women in the UAE work on an equal footing with men.

See also  Upper West Side in New York: Your Personal Guide and a Bit of History

At Dubai Design Week, for the second year in a row, the UAE showcases its achievements in design and technology to the world. There are many women among the participants. Among the guests too.

Sheikh Lubna al-Qasimi, the first woman minister in the Emirates, walks past me without protection. She headed the Ministry of Economy, Foreign Trade, and now became the world’s first minister of tolerance. This position, like the Minister of Happiness, appeared in the UAE last year. Both posts went to women. Today, eight out of 29 positions in the country’s government are held by women. Among them, the 22-year-old youth minister is the youngest female minister in the world.

The first and only museum in the Middle East dedicated entirely to women is hidden in a maze of narrow streets in the Gold Souk. It was here, at the junction of the Dubai Creek estuary with the Persian Gulf, that Dubai was founded. At the beginning of the last century, there was a small fishing village here. Its population lived by selling fish and pearls. The men spent several months at sea. Sometimes the children did not see their fathers for six months.

Women raised their children alone. As a result, a custom has developed to address or talk about a particular child, adding to his name the name of his mother, and not his father, as is customary among Muslims. For example Muhammad, son of Fatima.

In a small room behind glass, there are festive dresses – green and burgundy. Nearby is a collection of perfumes and cosmetics that women used about a hundred years ago. Among other things, the museum contains documents showing how Emirati women, together with their husbands, fought against the British colonialists back in 1819, and since the middle of the 20th century, they have been selling real estate and starting their own business along with men. All documents and rare exhibits appeared here thanks to a native of the UAE, Professor Rafia Gubash. She studied at the University of London, was president of Arabian Gulf University in Bahrain for eight years, and then decided to found the Museum of Women. It took her almost seven years and more than three million dollars.

The Fruits of Enlightenment

Sheikh Zayed’s mother encouraged him to take up the education of the population. The first school for boys appeared in Sharjah in 1953. It was opened by the British, who controlled the territory of the UAE and neighboring countries. They provided funding, and specialists were brought from Kuwait, where educational institutions have been operating for 40 years. Previously, boys in the Emirates studied in theological schools at mosques. And the girls were educated at home. At this time, the level of illiteracy among the population reached 90%.

Arab women at a robotics exhibition.

Very soon, already in 1954, the British opened the first girls’ school. But the future president of the country, and then the emir of Abu Dhabi – the richest of the emirates – did not want his people to be taught by teachers from Kuwait. As soon as oil brought in revenues, Sheikh Zayed invested them in education. And his third wife, Sheikh Fatima bint Mubarak, made sure that the girls could study too. She established Women’s Day and the General Women’s Union. Thanks to her support, in 1977, girls entered the university for the first time in the history of the UAE. And five years later, Sheikh Fatima personally congratulated the female release.

66% of positions in the public sector are held by women. 30% of them are in leadership positions.

8 out of 29 ministers of the country are women.

20% of the UAE’s diplomatic corps are women. Among them are four ambassadors and one consul general. There are no women in the rank of ambassador extraordinary and plenipotentiary.

71.6% of students at public universities in the UAE are women.

95% of girls and 80% of boys in the UAE go to university after school.

65% of female teachers in the UAE are indigenous.

Post Views: 44
Related posts:
If you have found a spelling error, please, notify us by selecting that text and pressing Ctrl+Enter.

The Architecture of Consumption: Shopping Centers as an Exhibition Object - 8.08.21
Оставьте комментарий Cancel reply
Latest Articles
09:28
Everything You Need to Know About the Forex Traders Summit 2023
16:42
Abu Dhabi Mall: The Mall in the Center of Abu Dhabi
21:58
Is a Credit Card Required in Dubai: In Any Case, You Need a Credit Card On Your Dubai Vacation
20:49
You Have to Tip in Dubai: With a Few Dirham You Can Reach a Lot
21:25
Atlantis The Palm Dubai Lobby: The Atlantis The Palm Dubai Lobby is Very Impressive for Visitors
16:21
JA Oasis Beach Tower: You Have a Great View from the JA Oasis Beach Tower in Dubai
19:47
Aura Sky Pool: The Highest 360-Degree Infinity Pool in the World is Only in Dubai
19:54
10 Highest Hotels in Dubai: In the Emirate of Dubai There are Many Tall Hotels with Great Views
20:27
Sharjah International Airport: Home Airport of Air Arabia
17:36
The Biggest Myths About Dubai: Is It True
MyDubai.Media » Articles » Undercover Independence: UAE Women