TOP Art Galleries in Dubai: Where in the UAE to Search for Art 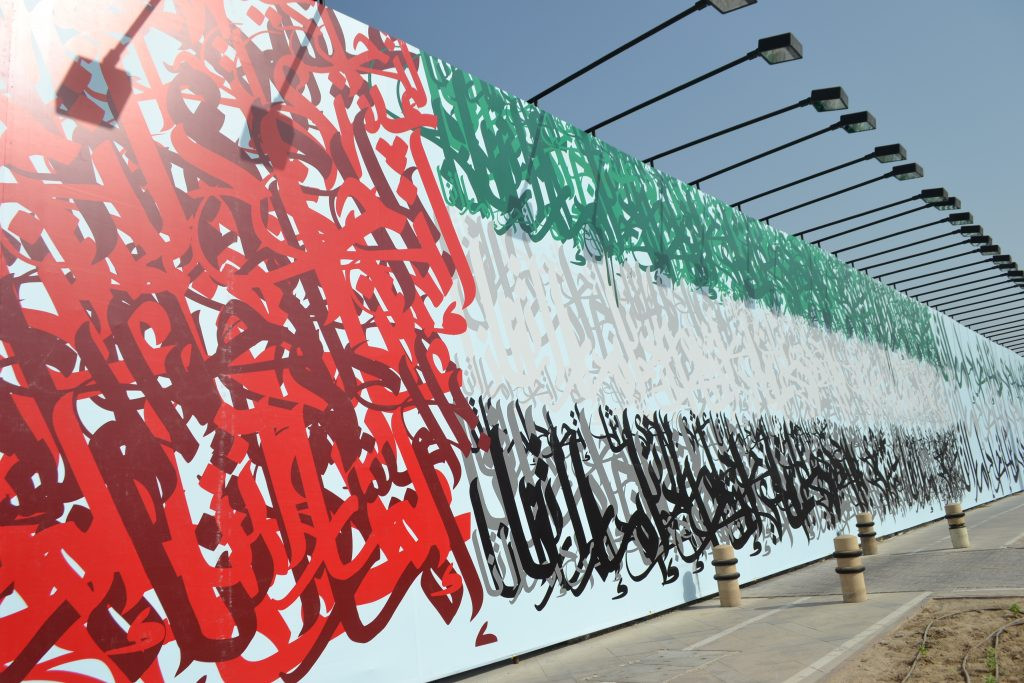 Here you will find the most up-to-date art galleries in Dubai that reveal all the secrets of contemporary art in the Persian Gulf.

Artsawa Gallery is a symbiosis of perfectionism between the gallery’s owner and director Amel B. Makkawi and renowned artists Georges Mohasseb, Ali Raza, Karin Roche, Mustafa Ali, Robert Hammond, Sarah Shamma, Ahmed Askalani, and many other respected artists, which blossomed on fertile Dubai soil. More «chips» gallery – here you can see works of Cairo artist Marwa Adel, winner in the nomination «Best Arab Photographer» at the Sharjah Photography Competition in 2013. She explores the human body to show the evolution and infinite conflict between some forms of existence.

It is interesting to look at the world and the eyes of the Milanese artist Pino Deodato – some of his paintings were inspired by legends and fairy tales, for example, «Tarzan», and paintings «Firefly-Eater» and «Man, who used to talk to birds, because people cannot hear it» became a metaphor for the life of the artist himself, who recently isolated himself at home from the disorder of the outside world.

Meem Gallery, opened in 2007 by Sultan AlCasimi Mishal Hamed Kanu and Charles Pocock, is known to actively promote modern Arab and Iranian art in Dubai. It can pass as a magnet, which after visiting the labyrinths of the giant world of modern art attracts the works of the most successful artists: Shakira Hassan Al Said, Ismail Fattah, Mohammed Melehi.

Since 2010, the gallery has exhibited works by artists Jeffar Haldi, Zhivago Duncan, Steve Sabell, and Mahmoud Obaidi. From March 9 to May 22, the Meem Gallery hosts an exhibition of paintings by Iranian artist, poet, philosopher Sohrab Sephexri, written in the early 1960s after traveling through Europe, Asia, and Africa and inspired by the Japanese culture and philosophy of the East Asian Buddhist School of Zen.

The Cuadro Fine Art Gallery, founded in 2008 at DIFC, has much to look at, for example, the work of artist Manal Al Dooian, who worked for 10 years as creative director of an oil company in Saudi Arabia, The Delfina Foundation in London, The Town House Gallery in Cairo and the Venice Biennale in 2009 and 2011.

The collection of masterpieces from the Cuadro Fine Art Gallery is well complemented by the work of the Spanish artist Alex De Fluvius, a graduate of the University of Barcelona, who researches the symbols of the north of the Iberian peninsula, the Arabic and Aramaic letters, and the work of the New York artist Fred Eversley. Finally, attention will be drawn to Futura, a graffiti artist who since the early 1980s has been engaged in abstract street art in New York City (he has exhibited at FUN Gallery in the East Village area).

In 2010, the Isabelle Van Den Eynde Art Gallery established itself in the Alserkal Avenue art quarter in Dubai, with a stake in the most fashionable artists of the Middle East. The main breakthrough of the gallery was the collaboration with the artist Abdelkader Benchamma, who, following the precepts of astrophysics and cosmology, presented the installation of «Unbearable Similarity» (2016) and «False Sky with Structure» (2013), with the Iranian artist Bita Fayazi, which for over 15 years has been experimenting with ceramic and fiberglass sculptures (her works were exhibited at the Espace Louis Vuitton in Paris and at the Pergamon Museum in Berlin).

The recent acquisition of Isabelle Van Den Eynde is by Iranian artist Ramin Herizade, a star of the Saatchi Gallery in London who lives and works in Dubai. His business card became exhibitions «The Graceful Dead Must Drink Young Wine» (2014) and «Today’s Woman» (2008). It is also necessary to visit the exhibition «Minor work» of the artist Vikram Divecha from Mumbai, which takes place from March 9 to May 11, 2017.

The exhibition includes Divecha’s art project «Road Markup» (2017), designed in close cooperation with a team of specialists who refresh white road markings on the roads of Dubai and provide safety. Do not miss the opportunity to get acquainted also with his exhibition «City Epidermis» (2012).

It is hard to believe that art critics’ exhibitions are always enthusiastic – it is a rare opportunity to get acquainted with the works of the current artists’ Abbas Ahawan, Ala Ebtekar, Rani Begum, Youssef Nabil, Zineb Sedira, Sarah Naim, and many others. The Third Line with the passage of time does not lose its senses, its name means a lot for artists of the Middle East because it lobbies their interests not only on the local but also on the international art scene, publishes books of artists – «Presence» photographer Lamia Gargash (2008), «In the absence» Tareka Al-Ghassien (2009).

The real hit is the fourth exhibition by Lebanese photographer and director Fuad Elkuri «Egyptian suite number». Exhibition «Egyptian Suite,» tells about the travels of the artist, one of the founders of the Arab Image Foundation, on Egypt in the late 1980s, who invited as virtual guides the French writer Gustave Flaubert, author of the novels «Madame Bovary», «Salambo» and his close friend Maxim Dukan.

It is known that in 1849 the couple went on an amazing journey to the Pyramid Country and after 150 years the artist Fuad Elkuri decided to repeat their route – he traveled around the country along the Nile and took photographs for the agency Rapho.

The Architecture of Consumption: Shopping Centers as an Exhibition Object - 8.08.21
Оставьте комментарий Cancel reply
Latest Articles
21:58
Is a Credit Card Required in Dubai: In Any Case, You Need a Credit Card On Your Dubai Vacation
20:49
You Have to Tip in Dubai: With a Few Dirham You Can Reach a Lot
21:25
Atlantis The Palm Dubai Lobby: The Atlantis The Palm Dubai Lobby is Very Impressive for Visitors
16:21
JA Oasis Beach Tower: You Have a Great View from the JA Oasis Beach Tower in Dubai
19:47
Aura Sky Pool: The Highest 360-Degree Infinity Pool in the World is Only in Dubai
19:54
10 Highest Hotels in Dubai: In the Emirate of Dubai There are Many Tall Hotels with Great Views
20:27
Sharjah International Airport: Home Airport of Air Arabia
17:36
The Biggest Myths About Dubai: Is It True
14:52
The Ukrainian Charitable organization appeals to the world community to help Ukrainians affected by the war in Ukraine
18:19
Yas Island Rotana: Yas Island in Abu Dhabi
MyDubai.Media » News » TOP Art Galleries in Dubai: Where in the UAE to Search for Art