The United Emirates Want to Go to the Red Planet 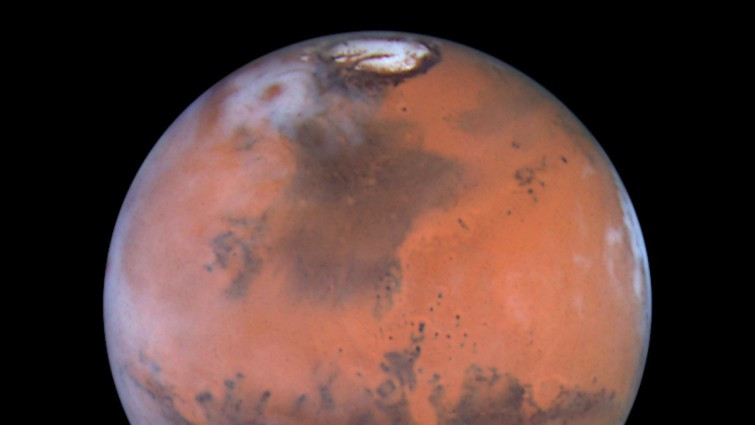 Once to Mars – many nations consider this to be the accolade of space travel. Now a new player is entering the stage: The United Arab Emirates wants to conquer the red planet. The small country on the Persian Gulf plans to put its first probe into orbit.

The United Arab Emirates has existed since 1971. At that time, seven emirates were united on the Persian Gulf. The 50th birthday of the founding of the state is soon to come. And the Emirates want to celebrate on Mars – with a probe that orbits the red planet.

“It’s called Hope like ‘Hope’ because this mission is supposed to give hope to our region. The United Arab Emirates is in a very difficult geopolitical region with many conflicts. Perhaps we can make our future more hopeful if we show our neighbors that we can master such a challenge even though our country is only 50 years old.”

Mohsen Al Awadhi is an engineer in the space systems department of the Mohammed Bin Rashid Space Center in Dubai. The probe is scheduled to enter a Mars orbit in 2021, just in time for the fiftieth anniversary of the founding of the United Arab Emirates.

Observe Instead of Landing

“The probe will approach the planet to a distance of 20,000 kilometers, but at its furthest point, it will move more than twice as far away from it. From this strongly elliptical orbit, we have the red planet completely in view for one Mars year. That corresponds to three earth years. The instruments can cover 80 percent of the surface in the course of the mission. The orbit of the probe is even outside that of the outer Martian moon Deimos. Perhaps we will investigate it at the same time.”

So Hope won’t dwell on Mars in the usual search for life. It will not land, but will take photos of the surface from orbit and examine the planet’s atmosphere, adds Salem Al Marri, deputy director of science and technology, also at the Mohammed Bin Rashid Space Center.

The Mysterious Fate of the Atmosphere

“The aim of this mission is to find out what happened to the atmosphere over time, why it is so thin today. That is why Hope will observe the same places on the surface several times a day for the first time over a year. For example, previous probes examined the planet at six o’clock and then again 24 hours later, on the next orbit. But then you don’t yet know what’s going on at four o’clock. For the first time, we will map a complete daily cycle of the Martian atmosphere.”

Presumably, the planet’s atmosphere used to be much denser than it is today. Atmospheric pressure today is less than one percent of that on earth. A denser atmosphere, three or four billion years ago, would have made liquid water possible on the surface – and possibly life in it. Why most of the atmosphere escaped into space and what role the magnetic field and solar wind play in it – Hope should help clarify all of this. And because there are so many tasks, the Arabs need partners.

It doesn’t Work Without Cooperation

“One of the goals of this program was to develop the probe together with universities in the United States. In this way, we were able to learn things that we have not yet mastered ourselves, for example in terms of research. With this mission, we have also increased the scientific competence of universities in the United Arab Emirates, especially in the field of planetary sciences.”

Researchers from the Universities of Colorado, California, and Arizona developed the three instruments onboard the Mars probe together with their Arab colleagues. There will be two spectrometers onboard – one for infrared, one for ultraviolet light – and an optical camera.

They should observe dust movements in the Martian atmosphere, the formation of ice clouds, the temperature distribution, and the spread of water vapor and ozone. It remains to be hoped that both the launch and the journey from Hope to Mars will be successful and that the probe will fulfill the hope that the United Arab Emirates has placed on it.

The UAE purposely selected lofty goals for the project, which was designed in part to mark the country’s 50th anniversary. The Hope spacecraft launched successfully on July 19, 2020, aboard a Japanese rocket and arrived successfully in orbit around Mars on Feb. 9, 2021.

The Architecture of Consumption: Shopping Centers as an Exhibition Object - 8.08.21
Оставьте комментарий Cancel reply
Latest Articles
21:38
9 Facts about Emirates Airlines: Here You Can See Some Facts about Emirates Airline
21:39
Rixo’s The Palm Dubai: A Beautiful Beach Hotel in Dubai is the Rixos The Palm Dubai
19:34
More About Transport: The Tram in Dubai
21:05
Dubai Water Bus: The Dubai Water Bus is a Great Way to Explore the Marina and the Dubai Creek
16:30
Which Airport in Dubai: Where You Can Land
19:54
How Does a Doctor Visit in Dubai: You Do Not Have To Be Afraid
22:58
Air Arabia: Airline from Sharjah
19:25
Where the Sands: 10 Good Reasons Why You Absolutely Have to Go to Dubai
21:57
Safety in Dubai: Dubai is Considered One of the Safest Countries in the World
09:28
Everything You Need to Know About the Forex Traders Summit 2023
MyDubai.Media » Articles » The United Emirates Want to Go to the Red Planet