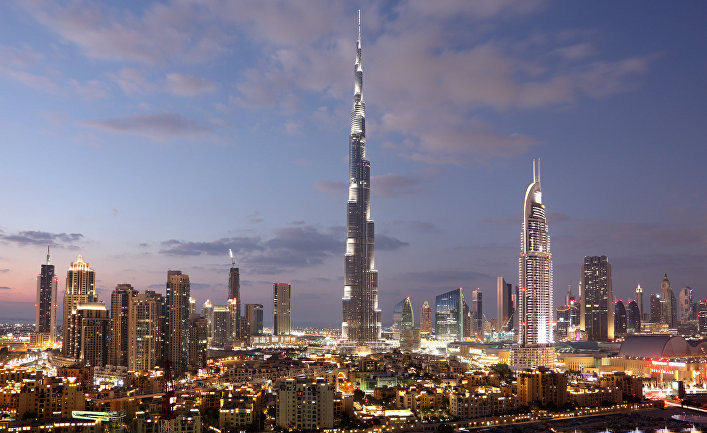 Many governments in the Middle East are trying to move away from their dependence on the export of natural resources and to build a diversified, sustainable economy. They should learn it from Dubai. It’s a great story.

Within a generation, Dubai has become a major center of investment, trade, and modern culture. The global financial crisis of 2008 hit this city-state hard (due to inflated property prices), but it recovered quickly. This is evidenced by his requests for various major events, such as the 2020 World Exposition.

The fact that Dubai was able not only to survive the crisis but also to prosper after it ended, deserves careful analysis. This summer, we began to study the so-called Dubai model of sustainable growth and the challenges it might face in the future. For this study, we conducted more than 40 detailed interviews with government officials and business elites and then supported my preliminary findings with additional statistical data.

The growth and stability of the economy of Dubai can be explained by his chosen «model ABS» – attractiveness, brand, development under the leadership of the state. In cars, the ABS anti-lock braking system helps the driver not lose control of the car in a dangerous situation, and Dubai’s triple strategy helps him stay on track even during economic crises.

With regard to State-led development, the Dubai approach is typical for the Gulf countries. His society retains tribal, paternalistic traditions, and the ruling elite, led by the royal family, has absolute power in determining the direction and form of economic development. Thus, Dubai, Inc. can quickly and easily adapt to changing economic conditions.

Dubai is sometimes called «Singapore in the Desert» because, like Singapore, it has achieved tremendous economic growth under state control. The country’s active, visionary leadership has made this small city-State with limited natural resources an important international hub.

In addition, Dubai has performed well in creating a positive image to attract the foreign investment and labor needed to implement its ambitious growth agenda. Like New York City, Shanghai, and Las Vegas, which improved their image through architecture, Dubai exhibits its innovative orientation through a city landscape of about 150 skyscrapers. It’s bigger than any city in the world, except for New York and Hong Kong.

Brand Dubai is supported by political stability, security, tolerance, cultural diversity, high standards of living, which attracts highly qualified foreigners from all over the world. In addition, there are special economic zones for foreign investors in the Emirate, where conditions are considerably better than in many other countries.

Two billion people live within a four-hour radius of Dubai, so it is no surprise that the city has become an attractive destination for tourists and investors. As one of the entrepreneurs we interviewed pointed out, «Dubai possesses all the necessary ingredients of a popular, attractive place for investors and tourists from all over the world», «Many young people in Arab countries dream of moving here to live the Dubai dream”.

Man walking down a street in Dubai Marina

Dubai’s competitive advantages in attracting highly skilled workers and investment are complemented by labor policies that bring in low-skilled labor as a fuel for economic growth. However, dependence on foreign labor could lead to structural problems over time. In difficult times, companies may quickly lay off foreign workers, but then, when the situation improves, labor shortages may occur. It is particularly easy to lose highly skilled workers, who take a long time and effort to attract.

There are other risks. The emirate is now going through a long period of political and economic stability, but serious negative developments in the region may force foreign workers (with any qualifications) to leave the country, despite high salaries and an attractive lifestyle. Dubai’s dependence on foreign labor threatens its long-term economic potential for future shocks.

Aware of these potential risks, the Dubai leadership recently approved a comprehensive plan to restructure education in order to build local human capital. As Sheikh Mohammed bin Rashid, the ruler of Dubai has pointed out, «we strive to create a new generation of students who will be well prepared to use the tools of the future».

It will take a generation, or even more, for educational reforms to bear fruit. Singapore, for example, has, over time, been able to build up a base of local, highly-skilled, talented people, thanks to massive investment in education and making higher education a national priority. This city-state is now showing some of the best results in international tests in mathematics and science.

The ABS model explains Dubai’s economic resilience and its rapid recovery from the global financial crisis. But it also helps the emirate adjust its strategy to the new challenges that arise. ABS allows the driver to brake or change course to avoid dangerous collisions, and Dubai’s state-controlled development technology allows you to tailor your work to improve its brand and make it more attractive, depending on the challenges of economic growth and changing conditions both in the Middle East and outside the region.

On the other hand, if the government fails to address the main structural problem – the lack of local human capital – then it will be driven by a very dangerous car that is difficult, if not impossible, to avoid collision without locking the wheels.

Post Views: 59
Related posts:
If you have found a spelling error, please, notify us by selecting that text and pressing Ctrl+Enter.

The Architecture of Consumption: Shopping Centers as an Exhibition Object - 8.08.21
Оставьте комментарий Cancel reply
Latest Articles
09:28
Everything You Need to Know About the Forex Traders Summit 2023
16:42
Abu Dhabi Mall: The Mall in the Center of Abu Dhabi
21:58
Is a Credit Card Required in Dubai: In Any Case, You Need a Credit Card On Your Dubai Vacation
20:49
You Have to Tip in Dubai: With a Few Dirham You Can Reach a Lot
21:25
Atlantis The Palm Dubai Lobby: The Atlantis The Palm Dubai Lobby is Very Impressive for Visitors
16:21
JA Oasis Beach Tower: You Have a Great View from the JA Oasis Beach Tower in Dubai
19:47
Aura Sky Pool: The Highest 360-Degree Infinity Pool in the World is Only in Dubai
19:54
10 Highest Hotels in Dubai: In the Emirate of Dubai There are Many Tall Hotels with Great Views
20:27
Sharjah International Airport: Home Airport of Air Arabia
17:36
The Biggest Myths About Dubai: Is It True
MyDubai.Media » News » The Secret of Success Dubai: How Economic Growth Affected Living Standards