The Price of Gasoline and Petrol is Very Cheap in Dubai: 0.40 Cents Per Liter 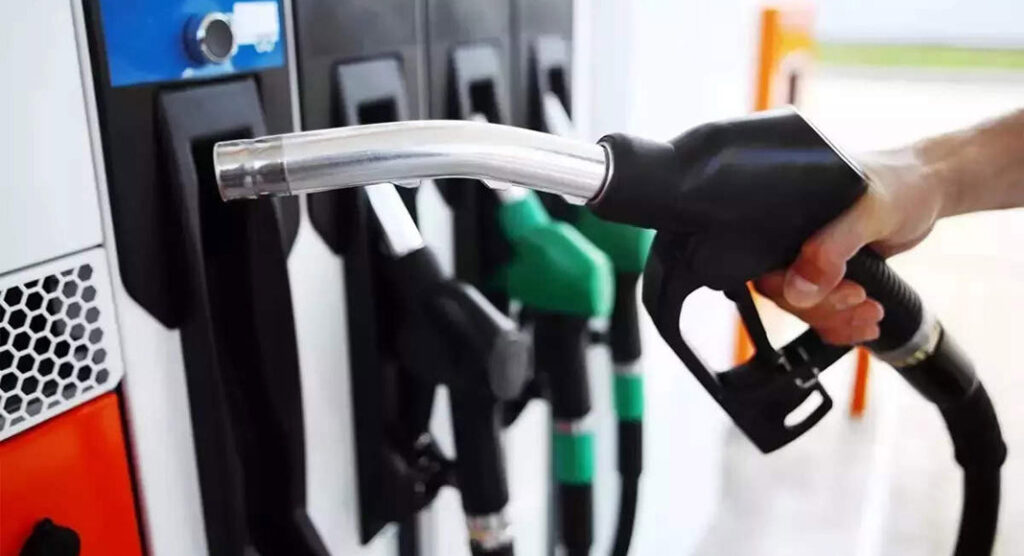 The price of petrol is very cheap in Dubai and if you have a rental car it is definitely worth it. You can save a lot of money on the trip, which you can imagine.

Everything for Gasoline Prices in Dubai

A Gas Station in Dubai

Since the United Arab Emirates is one of the largest oil producers in the world, the price of gasoline is of course very cheap there. That means you are practically sitting at the source because oil is produced there and you use it to produce gasoline. As a tourist, when you drive to a petrol station, your eyes always shine. You probably imagine something like that at home and you would definitely like to take it home with you.

READ: Emirates A380: The Best Seats

As you have already learned, this is very cheap and sometimes it is even so that a liter of water is more expensive than gasoline. The first thing you will certainly notice quickly is that there are many cars on the Sheikh Zayed Road and that there is a high volume of traffic. As a tourist, you should therefore think twice about whether or not you want to drive around there. It may well be that you are overwhelmed very quickly because you are not used to it. If you are on holiday there for the first time, it is better to use the free shuttle buses from the hotels first. There it does not matter whether you have to refuel the vehicle.

How Much Does a Liter of Gasoline Cost in Dubai

Now we come to the real question of what a liter of gasoline actually costs in Dubai. The average price over the past few years has been around 1.79 dirhams. If you then convert this into euros then this is only 0.40 cents. At first glance, of course, that sounds very cheap. But this was also much cheaper and you could see an increase there. You could also fill up there for just 0.16 cents.

But these prices are certainly a thing of the past, and VAT has been introduced in Dubai in the meantime. This is not high, but you still have to pay something. One should know that one estimates to be able to produce oil in the Emirates for another 40 years. That is why the emirate relies on tourism to become more independent from oil. So the petrol price is very cheap there and if you dare to do it then you should rent a car. Incidentally, the prices there are also very cheap and it is possible that you can rent a car for only 30 dollars per day. You don’t even need to add the fuel costs and once you fill up with the fuel you might pay 35 dollars.

READ: The Coolest Neighborhood in New York: Interesting Places of The Big Apple

If you have a rental car then it is usually fully fueled so that you can drive at least 500 kilometers with it. That’s enough for a while and you can easily drive to Abu Dhabi or Ras al Khaimah with it. But at some point, you have to go to a gas station to fill the tank up again. Now you are probably wondering how the refueling process works there.

It is possible that you simply drive to a petrol pump there and then the car is automatically refueled by the employees. Furthermore, you don’t even need to tell them what you want to fill up. They know exactly which petrol has to be filled up there. So as a tourist you won’t even fill up with the wrong gasoline. After the refueling process, the employee comes to the window of the car and you only have to pay. If you were satisfied then you can give them a tip. So refueling in Dubai is a lot of fun and you don’t even need to look at the gasoline prices because they are very cheap.

It is certainly very spectacular that in Dubai 1 liter of petrol is often more expensive than 1 liter of water. You can’t imagine it, but that’s the way it is there. But it always depends on which water you choose. It is also possible to buy local water such as Al Ain Water and this is of course much cheaper than if you have to import it. That would be the case with Evian, for example, and you can buy that there too. There it can be that this is more expensive than gasoline. If you are not in the city in a car, then, of course, you will not look at the price of petrol. But as soon as you have a rental car you will always look where there are gas stations.

How Much Does Gasoline Cost in Abu Dhabi?

Perhaps you would also like to explore the other emirates such as the capital Abu Dhabi. The petrol price is very similar there and there are hardly any major differences. The vehicle is refueled in the same way, so there is no need to move there. But when you go to Ras al Khaimah or even the smaller Emirates such as Ajman, there are significantly fewer petrol stations there. Our tip is to always make sure that the tank is completely filled.

Of course, the price of petrol in Dubai is very cheap and you can only benefit from it if you rent a car. Otherwise, you have no advantages because you cannot take anything home with you. But still, you should take a look at the gas station if you are driving past there. As a rule, most tourists get annoyed because you have to pay significantly more at home.

Post Views: 157
Related posts:
If you have found a spelling error, please, notify us by selecting that text and pressing Ctrl+Enter.

The Architecture of Consumption: Shopping Centers as an Exhibition Object - 8.08.21
Оставьте комментарий Cancel reply
Latest Articles
21:38
9 Facts about Emirates Airlines: Here You Can See Some Facts about Emirates Airline
21:39
Rixo’s The Palm Dubai: A Beautiful Beach Hotel in Dubai is the Rixos The Palm Dubai
19:34
More About Transport: The Tram in Dubai
21:05
Dubai Water Bus: The Dubai Water Bus is a Great Way to Explore the Marina and the Dubai Creek
16:30
Which Airport in Dubai: Where You Can Land
19:54
How Does a Doctor Visit in Dubai: You Do Not Have To Be Afraid
22:58
Air Arabia: Airline from Sharjah
19:25
Where the Sands: 10 Good Reasons Why You Absolutely Have to Go to Dubai
21:57
Safety in Dubai: Dubai is Considered One of the Safest Countries in the World
09:28
Everything You Need to Know About the Forex Traders Summit 2023
MyDubai.Media » Articles » The Price of Gasoline and Petrol is Very Cheap in Dubai: 0.40 Cents Per Liter