The New Face of the Emirates: She Wants to Change the World 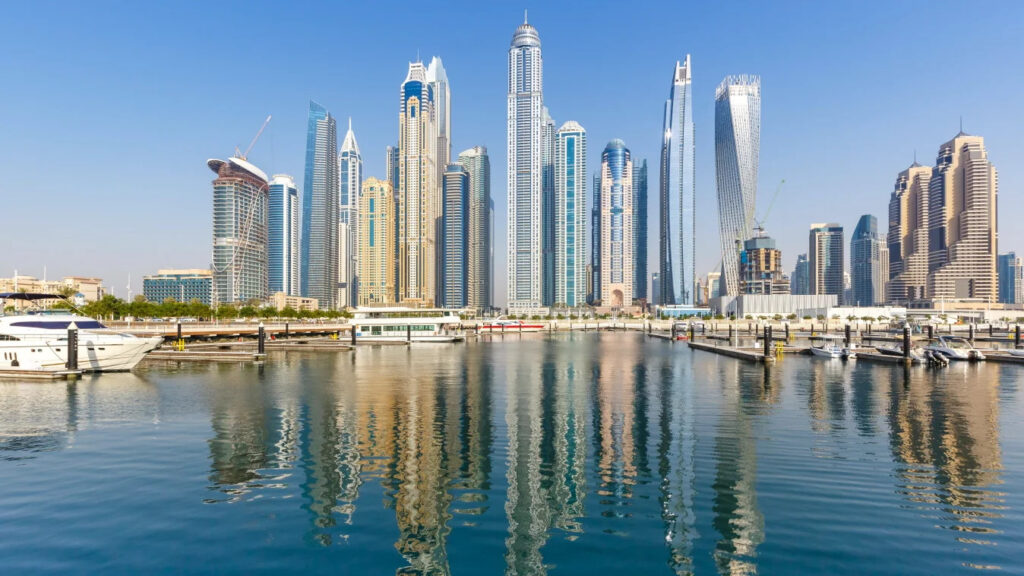 Mariam al-Mheiri once studied mechanical engineering in Aachen. Now she is Minister of State for Food and Water Security.

She always wanted to do something that no Emirati woman has done before her. “That was always in my head as a teenager, whether it was horse riding, diving, or tennis,” says Mariam al-Mheiri.

“I wanted to be a professional tennis player.” At least the interest in the underwater world should still play a role in the career of the Minister of State for Water and Food Security of the United Arab Emirates – a position that she not only holds as the first woman but that was created for her and is probably unique at the World.

Instead of going to the center courts of the world, she went to the German provinces, to Aachen. “When we were 16 or 17 years old when we started thinking about where to study, I thought about the USA or Great Britain,” recalls al-Mheiri.

But then the family visited an uncle for a doctorate who, like the other brother of their mother, who came from Germany, had studied at the Rheinisch-Westfälische Technische Hochschule (RWTH). “You always tell a lot about the university, and university life, and I was also impressed by Aachen,” says al-Mheiri.

She has taken over the job of Sultan al-Jaber, who is considered the right-hand man of Crown Prince Mohammed bin Zayed al-Nahyan, the ruler of the Emirates. He attaches great importance to the strategic partnership with Berlin, which can be read as proof of his trust in al-Mheiri.

“I want to be the point of contact,” she said during a visit to the Süddeutsche Zeitung in July, and “make sure that people understand who we are and that we open our arms to the international community”.

Tolerance and peaceful coexistence are among the government’s maxims. People of 200 nations live in Dubai, there are churches, Buddhist temples, synagogues. The Emirates have normalized their relations with Israel – al-Mheiri recently visited the country.

However, there is also criticism of human rights violations, of the regional policy, which has been researched at times and which has also caused irritation in Berlin. Polishing the image of your country in Germany is one of al-Mheiri’s tasks. In any case, she is not lacking in enthusiasm. Above all, she sees potential in economic cooperation and the exchange of technology.

“I actually wanted to do aerospace engineering,” says al-Mheiri. She also began private pilot training in Germany. After a semester she switched to construction and development. Today it supports innovative start-ups in agriculture, which are supposed to enable sustainable cultivation of food under the harsh conditions in the deserts.

In her youth, she hadn’t considered working for the government. She found her first job in Germany in a start-up that produced ball bearings for racing cars. Her father only said: “As long as you don’t work as a car mechanic,” she says with a laugh. But his connections ultimately contributed to the fact that his daughter did not follow her plan to look for a job with the Emirates airline, but instead entered the civil service.

“When I do something, I do it with passion,” she says. The political leadership took up initiatives, they just wanted to be convinced that a project would advance the country. Food Tech Valley, based in Silicon Valley, is her showcase project, with which she was able to win top positions for her suggestions. So-called Ag-Tech start-ups that use technical innovations for a modern agricultural economy are to settle there.

The Emirates can already provide themselves with cucumbers and dates. Al-Mheiri is now wooing German founders. Start-up funding from the Emirates should lure them to Dubai. And from there they should not primarily export fruit and vegetables to the region.

Food security gained importance as a strategic portfolio after even the wealthy Gulf States ran into supply problems in 2008 as a result of the global financial crisis.

Al-Mheiri systematically has food consumption analyzed and identified what can be sustainably grown or bred in the Emirates. For other foods, it diversifies the sources. And she wants to change the way we deal with food, which is characterized by waste, and drastically reduce throwing away.

Her goal is ambitious: by 2051 she wants to reach number one in the Global Food Security Index, which evaluates the security of supply with 59 factors. Only those who set themselves high goals can achieve something – that is the philosophy of the Emirates. This is what Mariam al-Mheiri stands for.

Post Views: 245
Related posts:
If you have found a spelling error, please, notify us by selecting that text and pressing Ctrl+Enter.

The Architecture of Consumption: Shopping Centers as an Exhibition Object - 8.08.21
Оставьте комментарий Cancel reply
Latest Articles
09:28
Everything You Need to Know About the Forex Traders Summit 2023
16:42
Abu Dhabi Mall: The Mall in the Center of Abu Dhabi
21:58
Is a Credit Card Required in Dubai: In Any Case, You Need a Credit Card On Your Dubai Vacation
20:49
You Have to Tip in Dubai: With a Few Dirham You Can Reach a Lot
21:25
Atlantis The Palm Dubai Lobby: The Atlantis The Palm Dubai Lobby is Very Impressive for Visitors
16:21
JA Oasis Beach Tower: You Have a Great View from the JA Oasis Beach Tower in Dubai
19:47
Aura Sky Pool: The Highest 360-Degree Infinity Pool in the World is Only in Dubai
19:54
10 Highest Hotels in Dubai: In the Emirate of Dubai There are Many Tall Hotels with Great Views
20:27
Sharjah International Airport: Home Airport of Air Arabia
17:36
The Biggest Myths About Dubai: Is It True
MyDubai.Media » Articles » The New Face of the Emirates: She Wants to Change the World