Rules of Conduct in the UAE: How to Dress and What Not To Forget 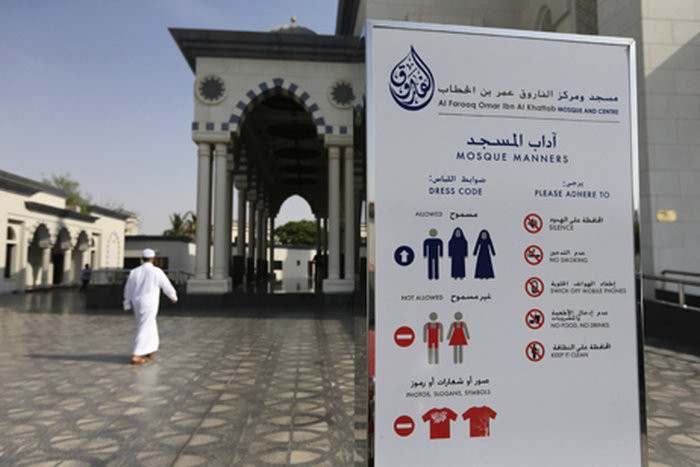 In this article, we will try to elaborate on how to behave in the UAE, what is prohibited and what is permitted, how to communicate with the local people, and how to not get into trouble during the rest and the rest of life.

In the United Arab Emirates, most of the prohibitions, due to the country’s official religion, relate to the use of alcohol. In principle, Muslims are prohibited from drinking alcohol. But, despite this, non-Muslim tourists, unlike more restrictive countries (such as Saudi Arabia), have several options regarding alcohol use in the Arab Emirates: first, alcohol can be brought with them (such as Duty-Free on arrival). It is important to remember that this is not to be done in public places and in the eyes of Muslims; secondly, alcohol is sold in licensed bars and restaurants. But in a state of drunkenness, it is strictly forbidden to appear on the streets of the city and in public places.

The sale of alcohol in bars and restaurants in the United Arab Emirates is prohibited for persons under the age of 21, so it is necessary to carry a copy of the passport or other document confirming the age. Remember that the emirate of Sharjah, unlike the others, is completely non-alcoholic. Strangely, it is also illegal to transport alcohol from the emirate to the emirate, which may amount to smuggling, despite the fact that there are no roadblocks or roadblocks between the emissaries that can control it.

During the Holy Month of Ramadan, Muslims do not drink or eat anything from dawn to dusk, nor are they allowed to smoke or chew gum. Non-Muslims should honor the religious traditions and sentiments of Muslims.

Everyone should try not to eat, drink or smoke in public places, and refrain from loud entertainment and improper behavior in the UAE. It is desirable to wear closed and opaque clothes. Failure to observe these simple rules of conduct in the Arab Emirates during Ramadan may entail administrative and even criminal responsibility. During Ramadan, as a sign of respect for non-Muslim tourists, there are hotel bars and restaurants where you can eat and drink during the day.

Access to virtually all UAE mosques is prohibited to non-Muslims. The only exceptions are tourist visits to the Grand Mosque in Abu Dhabi during the allocated hours and the Jumeirah Mosque.

Again, because of religion, there are still a number of rules of conduct for tourists who come to the Emirates. When communicating with local people, show respect and courtesy, do not touch people, do not stroke children on the head, do not gaze at local women, respectful distance.

When entering the Arab house, take off your shoes, say hello first to your elder, then in a circle with all present, do not give alcohol or pork products to a Muslim, try to give everything, and do not take everything with your right hand (the left hand in the Muslim world is considered dirty)Do not sit so that your feet are turned on a Muslim, European women should not be the first to hold the hand of a Muslim man, do not stand in the way of prayers.

Gambling, prostitution, and drugs are totally prohibited in the Emirates. In recent years, Western influence has also affected the ban on smoking in public spaces, indoors, and on beaches.

The photographing of Muslim women was unacceptable – it was considered an insult and could lead to arrest for three days. That’s why you have to be careful when shooting in shops, in markets – where there are often ladies. Before you photograph a Muslim man, you should ask his permission. It is also strictly prohibited in the United Arab Emirates to take photographs of sheikh’s palaces, military installations, and installations.

In the interests of security in the UAE, it is prohibited to swim in places and with black flags raised (danger warning), to travel to the desert without a guide, to touch and kill wildlife, to pick up plants, and to damage corals. We also advise against taking pets to the UAE. Almost all hotels in the UAE are denied pet accommodation, even if they are small and not dangerous to society.

Tourist regulations in the United Arab Emirates also prohibit men and women from showing their feelings in public, kissing, and cuddling.

According to the law of the country, cohabitation between a man and a woman who are not married is also prohibited. Of course, hotels often turn a blind eye to common-law tourists.

READ: Real Estate Agent Dubai: How to Find a Job or the Best Agent?

But if a tourist has a holiday romance with a local resident, it is likely that this will not end well (remember that the local beau may turn out to be an employee of «Vice Police»). Religion also prohibits men and women from engaging in homosexual activity in the UAE, even though it is normal for local residents to walk two friends by the hand or to greet both men while rubbing their noses.

How to Dress in the UAE

First of all, you must remember that you are in a Muslim country. Tourists are not obliged to wear the clothes that local residents usually wear, but certain rules and our advice should be followed.

It is always necessary to evaluate where you go and who will be around you, on that and will depend on your choice of what clothes to take to the Emirates and what to wear during the UAE trip.

In public places (shopping malls, markets, streets, museums, etc.) we recommend appearing in clothes covering shoulders and forearms, chest, stomach, back, and legs. Of course, no one will grab hands and molest you (as in Egypt and other countries), but annoying views of men are inevitable.

White-skinned and blonde people, and stripped naked – a curiosity even in advanced Dubai. In addition, the air-conditioners are often very strong in the rooms and transport, so you have to have something warmer than a T-shirt. In addition, avoid the sexy and anti-Muslim markings on clothes that offend the culture of the locals.

READ: Best Companies for Real Estate in Dubai: Everything You Need to Know in 2021

If you are in a resort hotel and you are surrounded mainly by Europeans, you can afford the usual outfits, but again within reasonable limits. For example, during the day, you can wear beach clothes on the hotel grounds, by the pool, and on the beach. The only thing to remember is that the UAE doesn’t allow topless beaches.

In the evenings, restaurants and bars welcome elegant evening gowns, while beach shorts and tops can cause confusion on the part of tourists and hotel staff, especially if you are relaxing in an expensive hotel.

Wear hats and sunglasses, wear sunscreen and try to hide in the shade during the most active hours.

If you plan on going on a long tour, we recommend putting on trousers and a light shirt with long sleeves in order not to burn. It must be remembered that some tourist attractions are not accessible if you are dressed in an inappropriate manner, such as the Sheikh Zayed Mosque (Abu Dhabi), and even tourists are not allowed to enter unless your body, including your feet and hands, is completely covered. And this is despite the fact that women are given abayah and shells on the spot. Check with guides for details of the dress code.

And remember, the simpler and more modest you are dressed in UAE territory, the easier it will be for you to communicate with the locals!

The Architecture of Consumption: Shopping Centers as an Exhibition Object - 8.08.21
Оставьте комментарий Cancel reply
Latest Articles
21:58
Is a Credit Card Required in Dubai: In Any Case, You Need a Credit Card On Your Dubai Vacation
20:49
You Have to Tip in Dubai: With a Few Dirham You Can Reach a Lot
21:25
Atlantis The Palm Dubai Lobby: The Atlantis The Palm Dubai Lobby is Very Impressive for Visitors
16:21
JA Oasis Beach Tower: You Have a Great View from the JA Oasis Beach Tower in Dubai
19:47
Aura Sky Pool: The Highest 360-Degree Infinity Pool in the World is Only in Dubai
19:54
10 Highest Hotels in Dubai: In the Emirate of Dubai There are Many Tall Hotels with Great Views
20:27
Sharjah International Airport: Home Airport of Air Arabia
17:36
The Biggest Myths About Dubai: Is It True
14:52
The Ukrainian Charitable organization appeals to the world community to help Ukrainians affected by the war in Ukraine
18:19
Yas Island Rotana: Yas Island in Abu Dhabi
MyDubai.Media » Travel » Rules of Conduct in the UAE: How to Dress and What Not To Forget