Protected Oases of the Emirates: Wonders of Virgin Nature 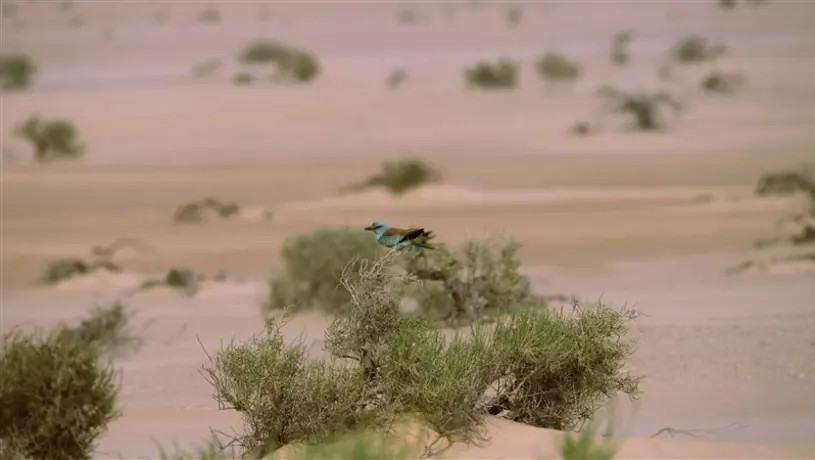 For many, the United Arab Emirates is a «desert department store», but not a destination for ecotourism. However, there are also amazing natural beauty and interesting nature reserves.

Paleontologists, of course, tell us that millions of years ago in the Arabian Peninsula there were rich forests, meadows, and rivers, there were dinosaurs, elephants, crocodiles, ancient hippos, and horses. But a lot of water has passed since then – not only in portable but also in direct terms. Arabia has become one of the world’s most arid regions, and its climate is often described as extreme. The biodiversity of already very limited local flora and fauna can be affected by even minor climatic changes, which are now particularly likely.

The low coastline of the Emirates makes it vulnerable to possible sea-level rise. But the thing that most affected the nature of this corner of the Earth is, of course, one species, man. The population of the United Arab Emirates has grown more than 40-fold over the years of independence, with large numbers of tourists, unparalleled urban development projects, large-scale oil fields, and sea transportation.

And in recent years, a man of reason has increasingly justified his species name, starting to treat nature with more care and real wisdom. The UAE has managed to take a breakthrough not only in terms of economic performance. In the Eco-Efficiency Index, which covers almost all countries of the world,

There are 60 protected natural areas in the United Arab Emirates, of which 38 are terrestrial, 21 are marine and 1 is coastal. Together they cover 6% of the country – that’s more than the entire Emirate of Dubai. And these sanctuaries are something to surprise even the most sophisticated nature lovers. Mention should be made of four of them, which give an idea of the diversity of Emirati flora and fauna.

The Emirates is not just a desert. Wadi Vuraya Game Reserve, located in the Hajar Mountains, is the first protected mountain area in the United Arab Emirates. In 2010, Wadi Wurraya was also recognized as an object of international importance under the Convention on Wetlands (Ramsar Convention).

However, in 2010, Wadi Wurraya was recognized as an international object under the Convention on Wetlands. In the arid Emirates, there are four more important nature reserves – Al Wasba (Abu Dhabi), Ras Al Khor (Dubai), Sir Bu Nair Island, and the mangrove area of Khor Kalba (Sharjah). «Wadi» in Arabic valley, most often formed by a river bed, which is periodically filled with water.

Wadi Vuraya, with its picturesque, cool slopes, factories, and waterfalls, has 20 species of mammals, and the survival of most of them is of global concern. Among them are Arabian tare, caracal, mountain gazelle, and perhaps even the Arabian leopard. Of the more than 80 species of native birds, many are also threatened. He is famous for his dragonflies and his Wadi Vuraya, with one endemic species of 22 found to be extinct.

There are many in the reserve and other endemics. Some hitherto unknown insects have even been discovered in Wadi Vuraya. The recent closure of the reserve for «rest» from visitors and research shows how animals are cared for here: during this «prophylaxis» specialists have carried out marking… more than 400 dragonflies!

Finally, one of the clearest examples of the richness of the UAE’s marine protected areas is the Murauah Marine Biosphere Reserve. The reserve consists of many islets, the most significant of which is called Bu Tina. The latter was even chosen as one of the 28 finalists of the New Seven Wonders of Nature worldwide competition.

But the real “calling card” of Murawah is the dugong – a vulnerable species of marine mammals, which are also called sea cows and which formed the basis of ancient legends about insidious sirens.

These romantic fantasies may have been inspired by the outlines of the nocturnal dugongs, as well as the sighs they emit when they surface. In fact, the “sea bride” is a very ridiculous-looking, fearful, but very cute large animal up to 4m long and weighing up to 600 kg, “grazing” on meadows with underwater grasses and eating algae. Locals have hunted dugongs since the Stone Age, but now they are strictly guarded. The “herd” of these amazing “cows” in Murawah is probably the second largest on the planet, and the entire emirate of Abu Dhabi has the densest population of “sirens” in the world (3000 heads).

Now the Murauakh reserve is open mainly only to family members of the former inhabitants of these islands. It is hoped that in the future he will be able to accept a wider audience, plans to attract which have already been put forward by the government. And then the residents and guests of the Emirates will be able to touch one more – and, perhaps, the most unusual – the wealth of this country.

Post Views: 78
Related posts:
If you have found a spelling error, please, notify us by selecting that text and pressing Ctrl+Enter.

The Architecture of Consumption: Shopping Centers as an Exhibition Object - 8.08.21
Оставьте комментарий Cancel reply
Latest Articles
09:28
Everything You Need to Know About the Forex Traders Summit 2023
16:42
Abu Dhabi Mall: The Mall in the Center of Abu Dhabi
21:58
Is a Credit Card Required in Dubai: In Any Case, You Need a Credit Card On Your Dubai Vacation
20:49
You Have to Tip in Dubai: With a Few Dirham You Can Reach a Lot
21:25
Atlantis The Palm Dubai Lobby: The Atlantis The Palm Dubai Lobby is Very Impressive for Visitors
16:21
JA Oasis Beach Tower: You Have a Great View from the JA Oasis Beach Tower in Dubai
19:47
Aura Sky Pool: The Highest 360-Degree Infinity Pool in the World is Only in Dubai
19:54
10 Highest Hotels in Dubai: In the Emirate of Dubai There are Many Tall Hotels with Great Views
20:27
Sharjah International Airport: Home Airport of Air Arabia
17:36
The Biggest Myths About Dubai: Is It True
MyDubai.Media » Articles » Protected Oases of the Emirates: Wonders of Virgin Nature