On the Border of the Sea and the Desert: Why Tourists Love the UAE 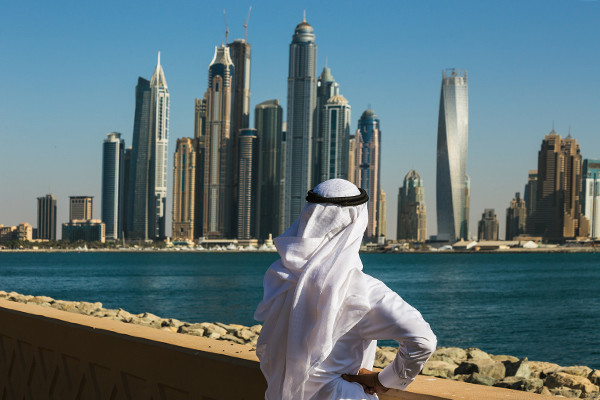 Thirty years ago, the territory of the United Arab Emirates was a lifeless desert with rare Bedouin settlements in the sands and squalid fishing villages by the sea. Then they found oil here, and today this Middle Eastern corner is like another planet.

Salt of the Earth

We must pay tribute to the local sheikhs, they have been purposefully investing huge revenues from the sale of natural resources in the development of regional infrastructure for decades. Not everyone knows is able to exist in the paradigm of social responsibility to their own subjects.

Supermodern skyscrapers rise in the place of squalid shacks. Abundant shady gardens are laid out on the sand dunes, where before even a blade of grass could be found. Near the coast, artificial islands with magnificent hotels and private villas rise from the waves of the sea, near which stylish yachts are parked.

Abu Dhabi has unconditional leadership in the economic and political spheres – it was its ruler, Sheikh Zayed, who at one time did his best to create an independent state. Later, he turned his state into the pearl of the Middle East. It is not surprising that today it is in this emirate that some of the most significant attractions of the entire region are located.

For example, the Ferrari World Park, where you can drive real cars on the F1 track for $ 500. Or the largest water park in the emirates. See the world’s most falling building, erected at an 18-degree angle.

At the Emirates Palace Hotel, which was originally conceived as the Sheikh’s palace, you can rent a room for a million dollars a day.

Helpful Hint: When visiting Abu Dhabi, you should definitely visit the Sheikh Zayed Grand Mosque, located on the outskirts of the city. This majestic white marble structure is especially impressive at sunset. Next to the mosque is the tomb of the legendary sheikh, over which prayers are read around the clock. The tomb cannot be photographed. In all other respects, there are practically no restrictions for tourists. The mosque is open to the public. All that is needed is proper clothing, which is handed out on the spot. Moreover, guests are asked to leave their shoes at the entrance.

East of the XXI Сentury

Abu Dhabi is followed by Dubai. Dubai looks the most respectable in the eyes of a foreigner. Obviously, due to the fact that its territory is several times smaller than the same Abu Dhabi.

Dubai is one of the most modern metropolitan areas in the world. You can feel it as soon as you cross the threshold of the international terminal of the local airport. Cleanliness everywhere, perfect European service, excellent roads, ubiquitous city taxis, and skyscraper towers in a light haze of sea vapors. If you forget for a moment where you are, you can easily think of New York, Tokyo, or Singapore.

The city is growing rapidly upwards. At first, it seems that there are simply no small buildings here. But this, of course, is not the case. In Dubai, entire neighborhoods are occupied by comfortable mansions that the government is building specifically for local residents. True, only citizens of the country can get such a house. And for this, you need to be born in Dubai.

Everyone else is offered comfortable apartments, offices, rented apartments, and, of course, hotels. By the way, unlike Abu Dhabi, where there is traditionally a shortage of hotel stock, there is an abundance of this here. According to the official data of the Department of Tourism and Commercial Marketing of Dubai, the number of rooms over the past year increased by 5 percent and reached 102,845 rooms.

Dubai is proud of its premium hotels. The best ones are located mainly on the coastline. These include Burj Al Arab, better known as “Sail”, as well as Jumeirah Beach, Madinat, Jumeirah Mina A`Salam, and definitely Atlantis, located at the very tip of an artificial palm island, one of two in Dubai, but so far the only fully populated and furnished. Of course, there are also representatives of large international chains in the emirate, such as Hilton, Kempinski, Mercure, or Rixos.

Regardless of the brand, the guest is guaranteed an appropriate level of comfort. And for VIP clients, there is also a lot of additional bonuses – from a luxury transfer to personal butler service. It is not for nothing that many Arab sheikhs prefer to vacation with their families in Dubai.

Note: Atlantis has a huge aquarium with rich marine life. One of its walls, several human heights, is completely glass. On the opposite side of the aquarium, there are numbers, and some of them are located below the water level. Therefore, guests may well feel like members of the expedition of the legendary Jacques Cousteau. Well, or just forget for a while about the bustle of the world, drinking champagne and admiring the sharks that swim at arm’s length.

Post Views: 26
Related posts:
If you have found a spelling error, please, notify us by selecting that text and pressing Ctrl+Enter.

The Architecture of Consumption: Shopping Centers as an Exhibition Object - 8.08.21
Оставьте комментарий Cancel reply
Latest Articles
09:28
Everything You Need to Know About the Forex Traders Summit 2023
16:42
Abu Dhabi Mall: The Mall in the Center of Abu Dhabi
21:58
Is a Credit Card Required in Dubai: In Any Case, You Need a Credit Card On Your Dubai Vacation
20:49
You Have to Tip in Dubai: With a Few Dirham You Can Reach a Lot
21:25
Atlantis The Palm Dubai Lobby: The Atlantis The Palm Dubai Lobby is Very Impressive for Visitors
16:21
JA Oasis Beach Tower: You Have a Great View from the JA Oasis Beach Tower in Dubai
19:47
Aura Sky Pool: The Highest 360-Degree Infinity Pool in the World is Only in Dubai
19:54
10 Highest Hotels in Dubai: In the Emirate of Dubai There are Many Tall Hotels with Great Views
20:27
Sharjah International Airport: Home Airport of Air Arabia
17:36
The Biggest Myths About Dubai: Is It True
MyDubai.Media » Travel » On the Border of the Sea and the Desert: Why Tourists Love the UAE