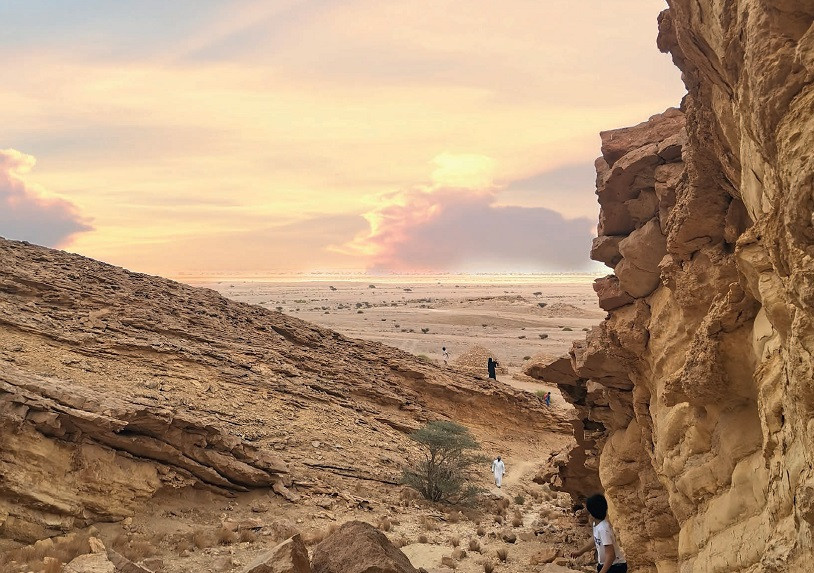 Al-Ayn is a garden town, one of the oldest settlements in the world, and a UNESCO World Heritage site. Magnificent oases, historical forts, and palaces of rulers, archaeological parks with ancient artifacts, camel markets, lively souk bazaar with Arabian spices, carpets, and incense. But above all, the spirit of history and the aristocracy of culture. The name «Alain» in translation means a «spring» or «source», and it is from here that the whole history of the UAE begins because here Sheikh Zayed was born and grew. We have selected five places to visit.

If you are interested in history and culture, be sure to take an hour and a half for a walk in this cozy palace house where Sheikh Zayed lived. Coming here is like going back in time, in those innocent years when there was no big money in the country and life was simple, but not hard. Everything you see today in the UAE began with Sheikh Zayed – a man whom the Emirates admire and whose name is «the father of the UAE». Why? Because he was able to build a great relationship with all the tribes and their leaders, he was able to unite them and create a state that has become one of the most successful in the modern world.

Sheikh Zayed lived here with his family until 1966 when he became President and moved to Abu Dhabi. The palace and private residence, built-in 1937, allow the old life and culture of the ruling family to be touched even before the discovery of oil and the transformation of the country. They were turned into a museum in 1998 and opened to the public in 2001.

The architecture of the palace is typical of old Arab buildings.

The house is equipped with a traditional ventilation system, which makes it cool even in summer. Local green materials were used for its construction: clay, raw brick, and plaster stone, and roofs of rooms, ceilings, doors, and windows were made of palm wood. During the restoration, a tic was added to these materials.

The inner gate of the palace is painted with verses from the Koran, behind which private rooms are opened for guests and official ambassadors. The rooms for foreign delegations reflect the famous Eastern hospitality for which Sheikh Zayed and his family were so well known. Close to the entrance to the palace is the main Majlis called Al-Bartsi, where important guests were greeted and in the heat were resting in the shade. In the courtyard, there is a coffee room from which Arabic coffee was distributed throughout the palace.

A separate part of the palace, belonging to Sheikh Zayed and his wife, Sheikha Fatima bint Mubarak al-Qetbi, consists of two floors. On the ground floor, the sheikh received women, and the top was allocated for Sheikh Zayed and their bedroom.

The rare Land Rover can be seen in the courtyard, with Sheikh Zayed driving a similar car around the country, observing living conditions in different parts of the country. One of the most-visited parts of the museum is the room where the Koran was read; on its ceiling is the hadith – a collection of teachings and speeches of the prophet Muhammad.

Al-Ayn oasis – a natural oasis with an ancient irrigation falaj system and pathways shaded by 147,000 date palms and fruit trees – is an ideal opportunity to see the agriculture of the past as it has been for millennia.

A lush 1,200-hectare oasis provides a glimpse of the Arab way of life that began to tame the desert 4,000 years ago. It is the largest of the Al-Ayn oases, located right in the center of the city, next to the home of Sheikh Zayed, who often liked to walk here. Farmers in the park grow thousands of date palms of 100 different species, as well as cereals and fruits: mango, oranges, bananas, figs, and yuubu (which here is called «cider»). Separate plots and farms are separated by historical boundary walls.

The ancient irrigation system of the falaj extracts water from deep underground or mountainous strata and then carries it to the farms via a network of above-ground and underground aqueducts. There are many falajes in the oasis that have been inactive use for many centuries, and the cleanest water flows from the southeast, where Jebel Khafit is located. Once in the oasis, the water flows through a complex network of channels. Its distribution is strictly controlled: canals are closed in such a way that water only goes where it is needed right now.

READ: 11 Tips for Visiting the Souks in Dubai

The oasis has been a UNESCO World Heritage Site since 2011, but only recently, when the Eco-Center was built and a network of shady paths laid, was it opened to the public. Immersive interactive exhibitions at the Eco-Centre show what measures have been taken to conserve the ecosystem and describe the contribution of Al-Ayn farmers to agriculture through their traditional farming practices.

History lovers will be here in their element. The park is located 10 kilometers from Al-Ayn. Combining a green park with rare archaeological excavations, the site is popular with foreign visitors and locals. Hili Park not only provides the earliest known evidence of an agricultural village in the UAE but also includes other Bronze and Iron Age villages, forts, and agricultural infrastructure. The village of early farming is located on Hill 8 and dates from 3000 BC. Artifacts from these sites can be seen in the National Museum of Al-Ayn.

The central element of the park is the Great Tomb of the Healy, dated around 2000 BC.

The tomb, which was circular in shape and had a diameter of up to 12 meters and a height of approximately 4 meters, was used to bury people from nearby settlements. It has two entrances decorated with engraved reliefs depicting human and animal figures. Many other such tombs can be found throughout the Healy area, and this is an excellent opportunity to explore the culture of Umm Al-Nar that prevailed here 3,000 years ago.

Post Views: 45
Related posts:
If you have found a spelling error, please, notify us by selecting that text and pressing Ctrl+Enter.

The Architecture of Consumption: Shopping Centers as an Exhibition Object - 8.08.21
Оставьте комментарий Cancel reply
Latest Articles
09:28
Everything You Need to Know About the Forex Traders Summit 2023
16:42
Abu Dhabi Mall: The Mall in the Center of Abu Dhabi
21:58
Is a Credit Card Required in Dubai: In Any Case, You Need a Credit Card On Your Dubai Vacation
20:49
You Have to Tip in Dubai: With a Few Dirham You Can Reach a Lot
21:25
Atlantis The Palm Dubai Lobby: The Atlantis The Palm Dubai Lobby is Very Impressive for Visitors
16:21
JA Oasis Beach Tower: You Have a Great View from the JA Oasis Beach Tower in Dubai
19:47
Aura Sky Pool: The Highest 360-Degree Infinity Pool in the World is Only in Dubai
19:54
10 Highest Hotels in Dubai: In the Emirate of Dubai There are Many Tall Hotels with Great Views
20:27
Sharjah International Airport: Home Airport of Air Arabia
17:36
The Biggest Myths About Dubai: Is It True
MyDubai.Media » Articles » Main Attractions of Al Ain: Ancient Eastern History