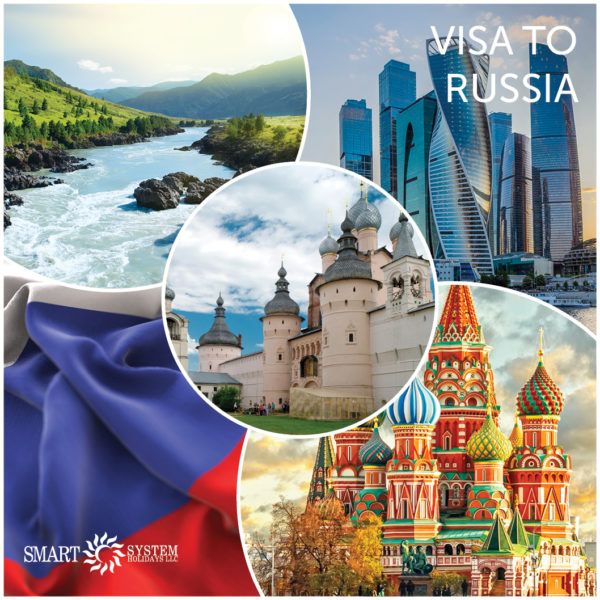 It can be said without a doubt that Moscow is one of the most iconic cities in the world. The Red Square and the Kremlin, the VDNKh and St. Basil’s Cathedral are immediately recognizable by a native from no matter what country thanks to their cultural significance.

However, there is so much more to see in that city! With a visa to Russia from Dubai, one can also visit some of the more obscure, but not less interesting because of it, places.

We have compiled a list of them to guide you through the immense capital of the Russian Federation.

The Old Arbat
This street is arguably the most locally famous one in Moscow. Today, it is totally pedestrianized. Its central location and relative shortness make it a perfect spot to visit and absorb the spirit of the older Moscow. The antique architecture makes it visually interesting and pleasing, while the constant presence of street peddlers will show you some potentially very unusual and rare items unique to the former Soviet States.

Zaryadye Park
Located in the historical center of Moscow, the Zaryadye urban park is a modern take on the ancient city’s character. It has been awarded multiple international prizes as the one of the best places to visit. Here, one can see an ice cave, go to the underground museum to learn a little bit about Moscow’s history, watch a movie in 360°, observe the city from an elevated viewing platform, and just have fun.

Ostankino Tower
Ostankino TV tower is the tallest building in Russia as well as in Europe. Its primary use is broadcasting TV and radio signals, however, it is also a rather nice-to-visit landmark thanks to there being an observation lounge from which you can get some of the most breathtaking pictures of Moscow and the Seventh Sky rotating restaurant where you can dine with an amazing view of the city.

The Izmailovo Kremlin
Not many people are aware that the famous Moscow Kremlin has a little brother right here in the same city in the district of Izmailovo. Unlike the main course of any tour to Moscow, this one is actually modern. Despite that, it is constructed in a mixture of historical architectural styles. One can visit the vodka museum, the bread museum, the museum of animation, or simply enjoy one’s stay in this very nice place.

Moscow Circus
Moscow Circus is the largest circus in the city. Every season, it provides countless hours of entertainment to kids and adults alike. Its traditional shtick is clowns, but you will find here performing animals, magicians, and other circus acts as well.

SMART SYSTEM HOLIDAYS LLC provides visa services to those who want to visit Russia from the UAE for business or tourism.

Post Views: 39
Related posts:
If you have found a spelling error, please, notify us by selecting that text and pressing Ctrl+Enter.

The Architecture of Consumption: Shopping Centers as an Exhibition Object - 8.08.21
Оставьте комментарий Cancel reply
Latest Articles
09:28
Everything You Need to Know About the Forex Traders Summit 2023
16:42
Abu Dhabi Mall: The Mall in the Center of Abu Dhabi
21:58
Is a Credit Card Required in Dubai: In Any Case, You Need a Credit Card On Your Dubai Vacation
20:49
You Have to Tip in Dubai: With a Few Dirham You Can Reach a Lot
21:25
Atlantis The Palm Dubai Lobby: The Atlantis The Palm Dubai Lobby is Very Impressive for Visitors
16:21
JA Oasis Beach Tower: You Have a Great View from the JA Oasis Beach Tower in Dubai
19:47
Aura Sky Pool: The Highest 360-Degree Infinity Pool in the World is Only in Dubai
19:54
10 Highest Hotels in Dubai: In the Emirate of Dubai There are Many Tall Hotels with Great Views
20:27
Sharjah International Airport: Home Airport of Air Arabia
17:36
The Biggest Myths About Dubai: Is It True
MyDubai.Media » News » Lesser-Known Must-See Sights in Moscow