Interesting Emirates Features for Tourists: Read This In Advance 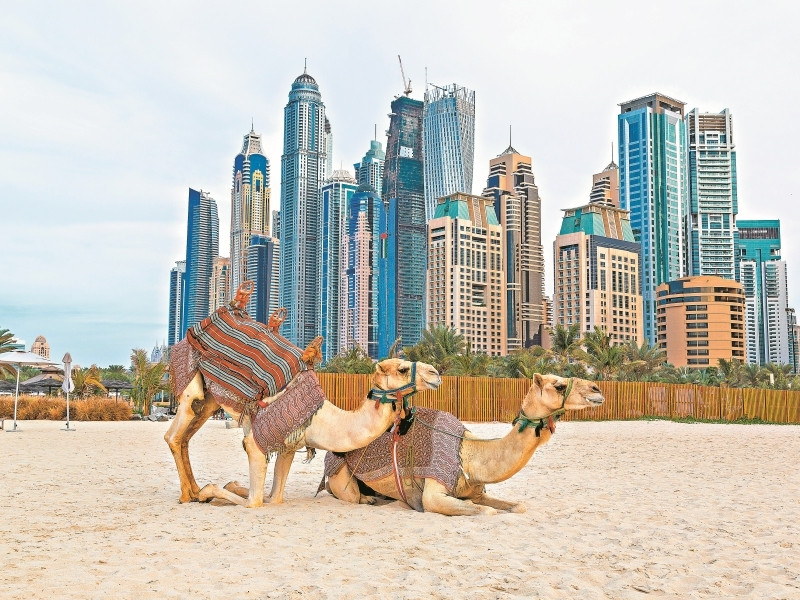 Every corner of the world has its own peculiarities, which have a significant influence on tourist holidays. And in this article, we want to list some facts about the Arab Emirates that tourists should know before going. We would like to refer more to prohibitions, since violations of such prohibitions may lead to imprisonment rather than a fine. Nevertheless, sharia law played an important role in that Muslim country. So what to fear and what to consider before going to Dubai, Sharjah, or other regions of the UAE.

Sockets are not Standard

The use of outlets in the Arab Emirates will require an adapter.

Hotels sell them for an average of 5-10 dirhams. Many tourists think that they are allowed to use the adapter for the deposit, so when they leave they want to return the money, returning the adapter to the reception. But hotel money refuses to give back, so just configure that you buy the adapter, not rent it.

Friday and Saturday: Weekend in the Emirates

To be honest, it is very strange to see the Friday mood of the general «relaxation» already on Thursday. Fun dining late, crowds walking, and all this. Of course, we can’t imagine that tomorrow Friday will be «Saturday». At least that’s how it feels. But Sunday is a working day, and again, there’s a kind of dissonance in the life of the city.

We used to think that the numbers we use are called Arabic. But when you come to an Arab country, don’t be surprised that you don’t even know what the number is. And it’s better to start distinguishing them as early as possible, in order to get a grip on money.

You can easily confuse the denomination of a coin and pay more than you need, and shopkeepers won’t fix you. Rather, it is likely that the reverse is true, that the surrender will be made in smaller amounts. Fortunately, on paper bills and in transport schedules everything is duplicated by the usual numbers, but periodically without knowledge of local numbers, there are difficulties.

Words Written from Right to Left

You may have heard that the words in Arabic are written from right to left, not as they are in most countries of the world. Of course, translated English names for the city are written in «normal language», but sometimes in some places this peculiarity unexpectedly pops up.

Every year Ramadan moves closer to winter so that in 2025-2026 it will be held in March and February respectively. So you can’t ignore him. Tourists who have never encountered this post before are shocked that no food can be bought anywhere at this time.

Be ready to wake up at 5:00 in the morning when before dawn the first of five Islamic prayers begin to spread over all the rooftops of the city. Mosques are located in such a way that every believer hears a call to prayer, so it is almost impossible to hide from the songs.

READ: Deira: One of the Historic Districts of the City of Dubai

All you have to do is suck it up and maybe even get used to not paying attention. After all, tourists are not required to crawl out of a warm bed to get down on their knees and bow. And that’s very humane.

Unfortunately, the United Arab Emirates has a tourist fee.

All visitors have to pay for it when they leave the hotel. This applies both to travel and self-booked accommodation. The amount of the tax depends on the star of the hotel and is calculated on the number of days of stay.

Another controversial tax that tourists may face. The so-called luxury tax is included in the price of not the first, so to speak, of necessity. For example, tobacco and energy drinks. Lovers of smoking and drinking «Red Bull» will overcharge almost twice the usual price.

What’s uncomfortable is that it’s an odd practice in many UAE stores to put a price tag on the value of a product without a tax. So first you’re going to spend one, and then you’re going to get another 5% VAT on the register and a luxury tax if you need it.

Most of the year in the UAE is hot, it’s hard to be on the streets, and even standing around waiting for a bus in the sun threatens heat stroke.

That’s why Dubai has got wonderful air-conditioned stop complexes. Inside is cool and completely clean. Also on the wall is a beautifully painted transport map showing stops and the movement of all bus routes. It is very convenient to plan your trips around the city.

Bans on Alcohol in Dubai

«Dry» law for eastern countries is quite the norm, so it is not surprising that in Sharjah alcohol is prohibited at all. In Dubai with this relaxation, but only for tourists, not Muslims, and only in bars that have specialized licenses. In fact, in many restaurants, cafes, and discotheques alcoholic beverages are available, but the price per cocktail is unlikely to be pleasant.

The Architecture of Consumption: Shopping Centers as an Exhibition Object - 8.08.21
Оставьте комментарий Cancel reply
Latest Articles
09:28
Everything You Need to Know About the Forex Traders Summit 2023
16:42
Abu Dhabi Mall: The Mall in the Center of Abu Dhabi
21:58
Is a Credit Card Required in Dubai: In Any Case, You Need a Credit Card On Your Dubai Vacation
20:49
You Have to Tip in Dubai: With a Few Dirham You Can Reach a Lot
21:25
Atlantis The Palm Dubai Lobby: The Atlantis The Palm Dubai Lobby is Very Impressive for Visitors
16:21
JA Oasis Beach Tower: You Have a Great View from the JA Oasis Beach Tower in Dubai
19:47
Aura Sky Pool: The Highest 360-Degree Infinity Pool in the World is Only in Dubai
19:54
10 Highest Hotels in Dubai: In the Emirate of Dubai There are Many Tall Hotels with Great Views
20:27
Sharjah International Airport: Home Airport of Air Arabia
17:36
The Biggest Myths About Dubai: Is It True
MyDubai.Media » Articles » Interesting Emirates Features for Tourists: Read This In Advance