In One Minute on the 124th Floor: 11 Years of Burj Khalifa 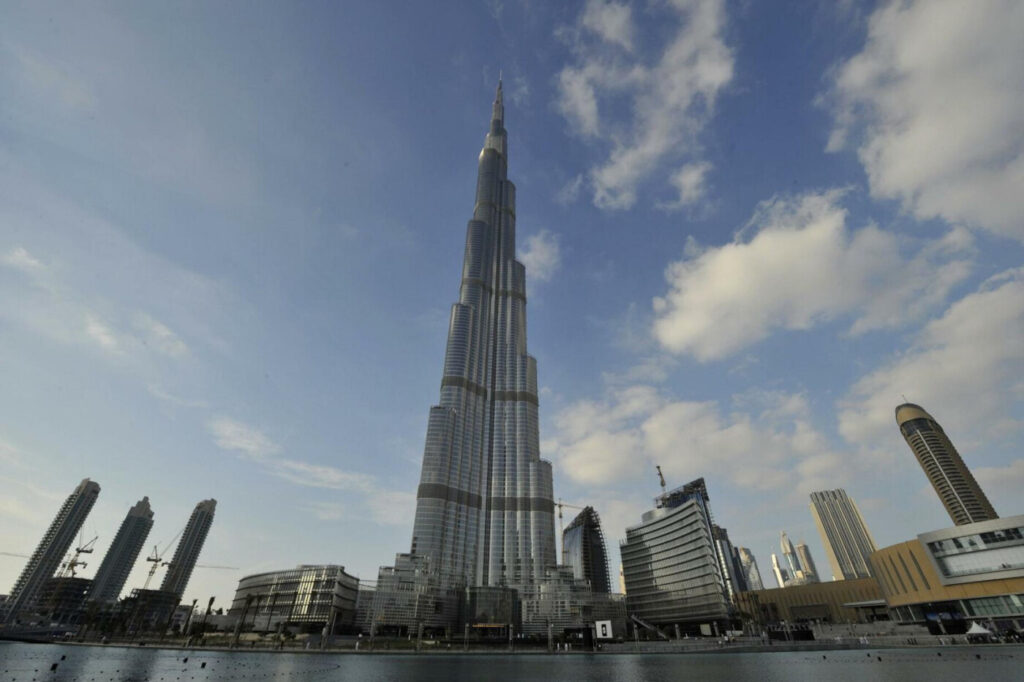 The elevator to the 124th floor only takes one minute. The tallest building in the world still only has the third-fastest elevator in the world. But most of the visitors shouldn’t care. They come to enjoy the view and the spectacle below on the platform 452 meters above the ground – the luxury shopping center Dubai Mall. Dancing fountain, the new opera house.

When the Burj Khalifa was inaugurated eleven years ago on January 4th, the tower of superlatives was located in the middle of an area of ​​desert sand and construction sites. Today, a separate district has formed here – Dubai Downtown, which is full-bodied called “The Center of Now”.

Almost every one of the almost 16 million visitors that the desert emirate registers annually come here. The popularity of Dubai, meanwhile the fourth most visited city in the world, seems unbroken. The Burj wants to be the ultimate symbol of glitz and glamor. It stands for the motto of Dubai: “Discover everything that is possible.”

In the past few decades, the construction of high-rise buildings has become a trademark of once poor countries. They want to draw attention to themselves with prestigious projects like this and show that they are developing. Sometimes it works. In the eleven years of its existence, the Burj has become world-famous. It celebrates the New Year on New Year’s Eve with giant fireworks and a light show. In March, the lights will be switched off for an hour during “Earth Hour”, a worldwide environmental campaign.

An Arbitrary Collection of Occasions

The Burj also reacts to tragic and joyful moments with projections on its outer facade. In March 2019, it commemorated the victims of the mosque attack in New Zealand. In April 2019, it commemorated the more than 250 dead in the Easter attacks with a projection of the flag of Sri Lanka. September celebrated the 25th anniversary of the American TV series “Friends”. In October 2019, it honored India’s independence fighter Mahatma Gandhi on the occasion of his 150th birthday. It’s a somewhat arbitrary collection of occasions.

The 25th anniversary of the American TV series “Friends”

In addition to a hotel, the tower also has 900 luxury apartments. For the residents of the upper floors, the government of Dubai has issued a special rule for the fasting month of Ramadan. In that time the sun disappears later on the horizon for the residents of the higher floors due to the curvature of the earth, breaking the fast must be committed later accordingly. Residents between the 60th and 120th floors have to wait two minutes longer to have dinner. Those who live beyond the 120th floor have to be patient for three more minutes.

The Burj replaced the Taipei 101 skyscraper as the tallest man-made building in 2009. This height record has been unbroken for eleven years. Dubai has already announced several times in its typical style that it wants to surpass the record. But there are no concrete plans.

READ: Arabian Tales of the XXI Century: Why to Travel to Dubai in Winter

In fact, Dubai ran out of money shortly before the prestigious building opened. Real estate prices in the emirate had fallen by 50 percent. Only a bailout of ten billion US dollars by the oil-rich neighboring emirate of Abu Dhabi saved the city and its mega-tower project at the end of 2009.

The building was originally called “Burj Dubai”, but on credit from the Sheikh of Abu Dhabi, Sheikh Khalifa bin Zayed Al Nahyan, the skyscraper was renamed Burj Khalifa in his honor. Burj is Arabic for the tower.

With a height of 828 meters and 200 floors, 160 of which are inhabited, and construction costs of 1.5 billion US dollars, it was inaugurated by Dubai’s ruler, Sheikh Mohammed bin Rashid Al Maktoum, after six years of construction. More than 12,000 workers built the building in 22 million hours. It is twice the height of the Empire State Building in New York.

But the Burj is also a metaphor for Dubai, where ambitions, low energy costs, and cheap labor force the idea of ​​sustainability into the background. The Burj also has solar panels. This tower is also a symbol of how little environmental problems and climate protection play a role in Dubai. There is no reliable information about the tower’s carbon footprint.

Meanwhile, Dubai is once again in an economic crisis: In 2018, growth was only 1.94 percent, the lowest level since the debt crisis ten years ago. Real estate sales are down 21.5 percent. Emaar, the state-owned construction company that built the Burj and owns the building, opposed reports in December that it was selling Burj’s observation deck in order to raise funds.

The Architecture of Consumption: Shopping Centers as an Exhibition Object - 8.08.21
Оставьте комментарий Cancel reply
Latest Articles
21:38
9 Facts about Emirates Airlines: Here You Can See Some Facts about Emirates Airline
21:39
Rixo’s The Palm Dubai: A Beautiful Beach Hotel in Dubai is the Rixos The Palm Dubai
19:34
More About Transport: The Tram in Dubai
21:05
Dubai Water Bus: The Dubai Water Bus is a Great Way to Explore the Marina and the Dubai Creek
16:30
Which Airport in Dubai: Where You Can Land
19:54
How Does a Doctor Visit in Dubai: You Do Not Have To Be Afraid
22:58
Air Arabia: Airline from Sharjah
19:25
Where the Sands: 10 Good Reasons Why You Absolutely Have to Go to Dubai
21:57
Safety in Dubai: Dubai is Considered One of the Safest Countries in the World
09:28
Everything You Need to Know About the Forex Traders Summit 2023
MyDubai.Media » Articles » In One Minute on the 124th Floor: 11 Years of Burj Khalifa