How to Dress in the UAE: Tips for Tourists 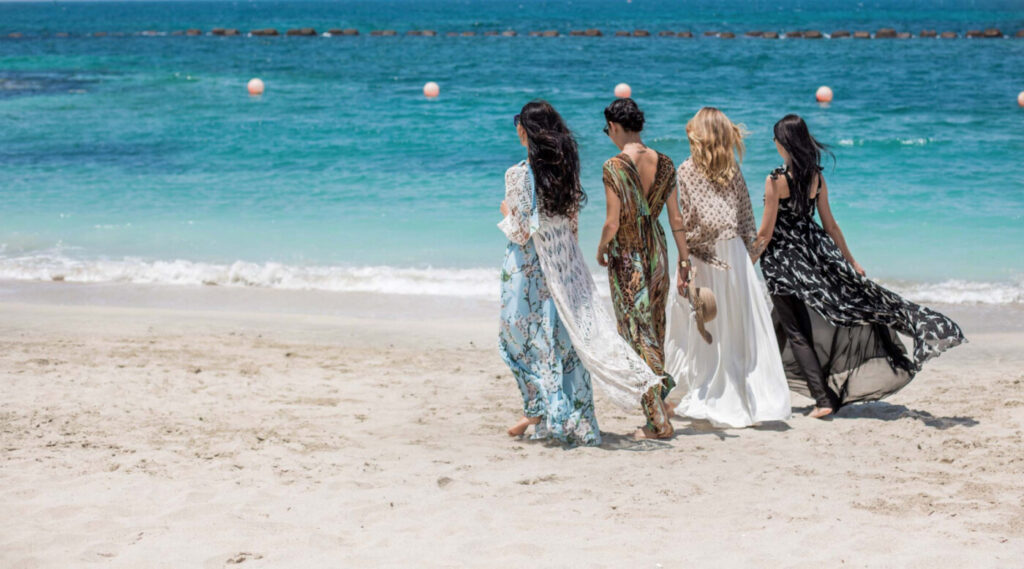 Tourists often choose the place of recreation by the United Arab Emirates, but sometimes absolutely not interested in local customs and rules. But this eastern country is very religious and strict with those who do not comply with public norms of behavior and dress code.

How to Dress: Women

The Arab Emirates is a Muslim country, and for women, it is customary to choose closed clothes. In some more conservative emirates, the beautiful half of the population covers the whole body, including the face and brush of the hands. But in big cities, it is not required. Enough to cover your head, legs, and hands.

If we talk about the Europeans coming to rest in the UAE, they do not need to comply with such a strict dress code. On-site, you can walk in anything, even in short tops and shorts. This is considered a tourist area, and it is not necessary to live according to the laws of Sharia. However, if a woman is going to the city or to a restaurant, she will have to comply with public rules.

Being on the streets of the Emirates, it is not customary to walk in the lored, mesh clothing. This causes excessive negative attention from the side of the Arabs, which can lead to trouble and conflict. In addition, walking in open clothing is unsafe for health. The sun in the country is so burning that there is a chance to get strong burns or a thermal blow.

READ: What to See in Dubai: New Attractions for Your List

Choose clothes followed from natural fabrics, in the synthetics to carry the heat is unbearable. A woman’s toilet should not consist of short shorts, mini skirts, topics opening the stomach. Sweatshirts should not slander shoulders and have a deep cutout on the chest.

How to Dress: Men

With a male wardrobe, everything is much easier. Men can wear jerseys and shorts, but not higher than the knee level.

Choosing a T-shirt with the inscription, a person must know exactly what is written there. For ignorance, it is possible to get into trouble if Muslims will find it insulting.

The clothes of a young man should not be tight, narrow cycling shorts to wear only if the tourist rides a bike.

Arab men’s dress can only wear a Muslim. Do not try to impress or go away “for your”, putting the traditional Arabic outfit.

In a luxury restaurant, adherence to the dress code is a prerequisite condition. Failure to comply with the rules of the establishment threatens the fact that the tourist is just not let down there.

Men recommend wearing a shirt with long sleeves and strict pants. Shoes must close the leg completely. Coming in sandals or beach shoes is unacceptable.

READ: Ramadan in the UAE: Rules of Conduct for Tourists

Women should choose an elegant outfit. More The women’s toilet is not described. But, given the public standards throughout the country, the clothes should not be too frank. Evening dress should not have cutouts on the chest or on the back. There are no restrictions on women’s shoes.

Tourists who are not related to the Islamic religion may freely come only to 2 mosques. This is the Sheikh Zaid Mosque in Abu Dhabi and Jumeirah Mosque in Dubai. The dress code is required here for both sexes. Men should be in long pants and in a shirt with closed sleeves, and women in a long skirt, either dress, with closed hands and covered head so that the hair does not protrude from the handkerchief.

Women should not leave the chest on the beach. It is better to wear a closed swimsuit, so as not to attract the attention of the visitors of the Hindus and Pakistanis. In the swimsuit can only walk on the beach, go beyond its limits in this form is prohibited. The hotels often walked ads for admissible clothing for the city, the beach, or restaurants.

Rules of Behavior in Public Places

Public order in the Emirates concerns not only appearance but also behavior. For incorrect or careless actions, you can get a major penalty or be arrested.

READ: Bedouins: From Camels to Toyotas

Muslims – people are very religious, 5 times a day, prayer is performed on the streets of cities, the so-called Namaz. This can happen in any public place. If the tourist witnesses this event, it is not necessary to immediately include the camera and take into open public prayer to Allah. For such unceremonious actions of the tourist can attract the police.

The Architecture of Consumption: Shopping Centers as an Exhibition Object - 8.08.21
Оставьте комментарий Cancel reply
Latest Articles
21:58
Is a Credit Card Required in Dubai: In Any Case, You Need a Credit Card On Your Dubai Vacation
20:49
You Have to Tip in Dubai: With a Few Dirham You Can Reach a Lot
21:25
Atlantis The Palm Dubai Lobby: The Atlantis The Palm Dubai Lobby is Very Impressive for Visitors
16:21
JA Oasis Beach Tower: You Have a Great View from the JA Oasis Beach Tower in Dubai
19:47
Aura Sky Pool: The Highest 360-Degree Infinity Pool in the World is Only in Dubai
19:54
10 Highest Hotels in Dubai: In the Emirate of Dubai There are Many Tall Hotels with Great Views
20:27
Sharjah International Airport: Home Airport of Air Arabia
17:36
The Biggest Myths About Dubai: Is It True
14:52
The Ukrainian Charitable organization appeals to the world community to help Ukrainians affected by the war in Ukraine
18:19
Yas Island Rotana: Yas Island in Abu Dhabi
MyDubai.Media » Travel » How to Dress in the UAE: Tips for Tourists