Henna: From Ancient History to the Present Day 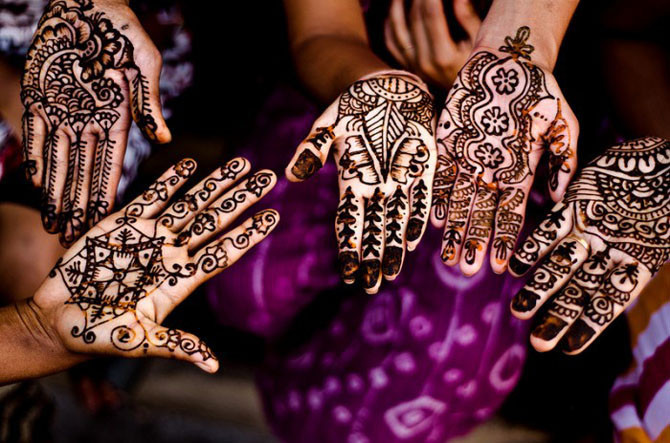 The history of henna dates back thousands of years, but modern science confirms many of its unique properties. In the list of beauty recipes, the favorite plant of queens and prophets has not yet lost its relevance. How henna was used from antiquity to the present day.

The shrub Lawsonia inermis is named after the English physician and publisher Isaac Lawson, who studied it in the 18th century. It’s funny that the name “thornless” shrub is still thorny.

Apparently, European botanists were just lucky to find such a harmless specimen. Lawsonia grows in many countries: for example, in India, Iran, Egypt, Uganda, Kenya, Sudan, Morocco, southern China, Sri Lanka, and even in Australia.

The Arabs called it al-Kenna, hence the name henna. The well-known preparation of coloring henna is the dried leaves of Lawsonia turned into powder. White henna is obtained from stems and branches without leaves. Lawsonia grows in hot climates, loves water, but patiently tolerates prolonged droughts.

READ: Henna Painting in the UAE: The Oriental Understanding of Beauty

The shrub is fragrant, especially at night, and the bees willingly collect honey nectar from it. It is not known when humans first started using henna – this happened back in prehistoric times. But over a millennium and a half BC, it was already widely used in Ancient Egypt. The mummy of Queen Yahmos-Henuttamehu (about 1574 BC) not only had henna-dyed hair and nails but her entire tissue cover was impregnated with the extract of this plant.

To bring down the temperature, strengthen the horse’s hooves, bewitch a loved one!

Historians suggest that people first used henna as a medicine, and only then noticed its decorative effect. Lawsonia leaves have antiseptic properties, they are able to cope with various types of infections – that is why they began to treat palms, soles of feet, and nails with henna paste, lubricate the surface of wounds, and soak bandages as a hemostatic agent.

Since the time of Avicenna, henna has been prescribed for leprosy, chickenpox and measles, jaundice, malaria, psoriasis, dental and gum problems, and even impotence. The head was smeared with henna extract, fighting against parasites and irritations of microbial origin, simultaneously discovering a coloring effect. Henna helped not only people but even horses! Arab princes and military leaders rode expensive thoroughbred horses, which were treated with henna paste for hooves, tails, and mane.

Another property of henna seen in antiquity is its cooling and analgesic effect. Many centuries ago, henna “knocked down” the temperature in malaria, relieved migraine pain, and treated heat strokes and burns. As it turned out later, henna also helps with frostbite. She also dyed fabrics, yarn, and wood.

In the old days, medicine went hand in hand with magic, and the properties of love potions were attributed to the leaves of Lawsonia. In order to attract someone’s attention and love, the leaves had to be worn on the chest, near the heart. Henna’s painting on the body (mehndi) protected from the evil eye and brought good luck. No wonder they are an important part of wedding makeup in many Asian countries.

Henna in the Cosmetics of the Ancients

From medical procedures with henna, humanity has moved on to decorating itself. Fashionable women of ancient Egypt did manicures using henna – bright orange was in vogue. In India, Iran, Arabia, hair was dyed with henna, varying shades from bright red to almost black with the addition of Basma, coffee, saffron, turmeric, or citrus juice.

Following the Prophet Muhammad, who used henna, men willingly dyed it with it, a fiery beard was a sign of solidity and piety. Oriental beauties gave their hair brighter shades and did a kind of permanent make-up: they dyed their eyebrows, in India, they often outlined the eyes and lips with henna.

Henna designs last up to 3 weeks, and mehndi, as a type of temporary tattoo that makes women attractive and mysterious, has become a very common practice.

Lawsonia has a delicate pleasant scent, similar to the scent of a rose, extracted from its flowers with an essential oil called “Cypriot oil”, scented. At the same time, the perfume it was part of had a bactericidal effect and drove away flies and mosquitoes. Owners of dark skin even took baths with henna decoction: becoming darker, the skin becoming smooth and velvety, while its sweating decreased.

What Scientists Found in Henna

Despite the wide selection of industrial hair products, modern people do not forget henna! In haircare, it attracts with its environmental friendliness, hypoallergenicity, the ability to simultaneously dye and heal hair, as well as its low price.

Post Views: 228
Related posts:
If you have found a spelling error, please, notify us by selecting that text and pressing Ctrl+Enter.

The Architecture of Consumption: Shopping Centers as an Exhibition Object - 8.08.21
Оставьте комментарий Cancel reply
Latest Articles
09:28
Everything You Need to Know About the Forex Traders Summit 2023
16:42
Abu Dhabi Mall: The Mall in the Center of Abu Dhabi
21:58
Is a Credit Card Required in Dubai: In Any Case, You Need a Credit Card On Your Dubai Vacation
20:49
You Have to Tip in Dubai: With a Few Dirham You Can Reach a Lot
21:25
Atlantis The Palm Dubai Lobby: The Atlantis The Palm Dubai Lobby is Very Impressive for Visitors
16:21
JA Oasis Beach Tower: You Have a Great View from the JA Oasis Beach Tower in Dubai
19:47
Aura Sky Pool: The Highest 360-Degree Infinity Pool in the World is Only in Dubai
19:54
10 Highest Hotels in Dubai: In the Emirate of Dubai There are Many Tall Hotels with Great Views
20:27
Sharjah International Airport: Home Airport of Air Arabia
17:36
The Biggest Myths About Dubai: Is It True
MyDubai.Media » Articles » Henna: From Ancient History to the Present Day