Hatta City: The Pearl of the Arab Emirates with Incredible Nature 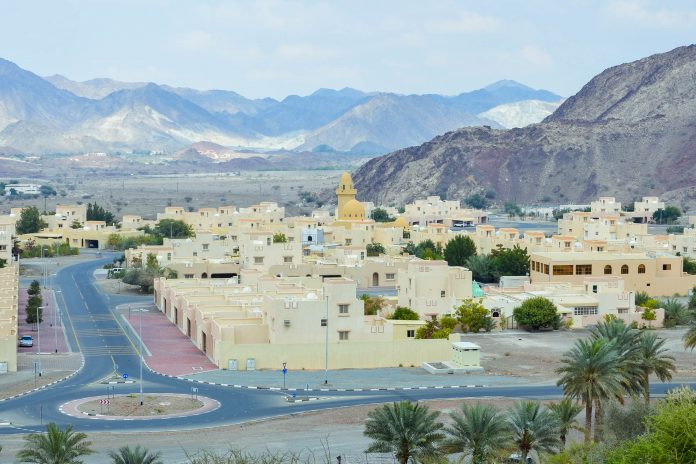 The picturesque oasis village of Hatta with its museum village is located in the middle of a breathtaking landscape in an exclave of Dubai, from where a road leads through spectacular dunes to Hatta.

The picturesque oasis of Hatta is located in the southeast of the United Arab Emirates in a tiny exclave of Dubai and also borders parts of the Emirates Ajman and Ras-al-Khaimah. The manageable place is located in the middle of the spectacular Hajar Mountains and impresses with its breathtaking scenic backdrop.

From Dubai to Hatta through Spectacular Dunes

You can reach Hatta from Dubai via a four-lane road that leads through a breathtaking dune landscape at the foot of the Hajar Mountains.

The most famous dune in this region is the so-called “Big Red” about 50km from Dubai. The huge sand hill is up to 300 meters high and can be climbed. From its summit you have a tremendous view of the sand sea and the locals who meet here with their sand buggies or to go dune skiing, especially on the weekends. Otherwise, in the hot desert between Dubai and Hatta, you can be happy to have a car with air conditioning! Shortly before Hatta, the dune landscape ends suddenly and merges into a tree-lined plain.

In Hatta, a classic Emirati oasis village, the grandiose surroundings are the most important sight. The historical Hatta, parts of which have been reconstructed or rebuilt in the original, is particularly interesting for tourists in the village.

In the center of the old town sits the fortress of Hatta, the oldest in all of Dubai, with two mighty defense towers. It was built in the 19th century by Sheikh Maktoum bin Hasher Al-Maktoum and served as both a residence and a fortification. Behind the 11m long and 4.5m high walls you can marvel at the Sheik’s apartments and a collection of weapons. A huge water reservoir is still visible in its inner courtyard, which supplied the residents of Hatta with drinking water in the event of a siege. One of the 8 m thick defense towers can also be visited, this is part of the museum village “Hatta Heritage Village”, which extends around the fortress.

The Hatta Heritage Village, which was built under Sheikh Hamdan bin Rashid Al-Maktoum and brings visitors closer to the culture and traditions of Hatta, extends around the fortress, surrounded by magnificent date palms.

The museum rooms are houses made of baked clay, which were built especially for the folklore village in a traditional form and exclusively from local materials.

READ: Things to Do in Dubai: 50 Incredible Opportunities

Scenes recreated with life-size figures and films that can be played at the push of a button breathe life into the exhibits and illustrate everyday life and social life over the past centuries. To the north of the fortress of Hatta is the Juma Mosque from 1780, one of Hatta’s seven mosques and the oldest building in the city.

The secluded Hill Park invites you to linger with shady walks lined with barbecue and picnic areas, and you can also climb a small defensive tower.

Beautiful landscapes. Hatta is an amazing place. The black rocks, which in the past were covered with sea water, have attracted the attention of scientists. There is no other similar education in the world. Colored mountains, consisting of different types of soil, look especially impressive in the evening. Numerous wadis and lakes with the purest birch water will not leave anyone indifferent. All this beauty is overshadowed only by the garbage scattered by tourists and local residents.

Extreme sports. Recently, it has become especially popular to drive through the wadi in off-road vehicles. This is a dangerous pastime as the soil of the wadi is unstable. It is possible that mud flows and mudflows may descend, which are capable of destroying everything in their path.

Mountain bike ride. Mountain biking offers the opportunity to see winding mountain ranges, bodies of water and waterfalls. Hatta Mountain Bike Trail Center has created several trails for beginners and advanced cyclists. You can ride along the trails on your own, as there are clear signs along their entire length.

Ancient village. There are about 30 buildings here, which are already several centuries old. Among them are two stone towers, a Fort, an old mosque, and several museums. The village contains ancient documents telling about the way of life of the Arabs of the distant past.

Kayaking on the lakes. At the kiosk on the reservoir, guests and locals are offered to rent kayaks or kayaks, to take a trip on the cool turquoise lakes. So you can inspect the curved corridors with piercing waterfalls and clear water, to see the inhabitants of these places close up: fish and birds.

Post Views: 74
Related posts:
If you have found a spelling error, please, notify us by selecting that text and pressing Ctrl+Enter.

The Architecture of Consumption: Shopping Centers as an Exhibition Object - 8.08.21
Оставьте комментарий Cancel reply
Latest Articles
09:28
Everything You Need to Know About the Forex Traders Summit 2023
16:42
Abu Dhabi Mall: The Mall in the Center of Abu Dhabi
21:58
Is a Credit Card Required in Dubai: In Any Case, You Need a Credit Card On Your Dubai Vacation
20:49
You Have to Tip in Dubai: With a Few Dirham You Can Reach a Lot
21:25
Atlantis The Palm Dubai Lobby: The Atlantis The Palm Dubai Lobby is Very Impressive for Visitors
16:21
JA Oasis Beach Tower: You Have a Great View from the JA Oasis Beach Tower in Dubai
19:47
Aura Sky Pool: The Highest 360-Degree Infinity Pool in the World is Only in Dubai
19:54
10 Highest Hotels in Dubai: In the Emirate of Dubai There are Many Tall Hotels with Great Views
20:27
Sharjah International Airport: Home Airport of Air Arabia
17:36
The Biggest Myths About Dubai: Is It True
MyDubai.Media » News » Hatta City: The Pearl of the Arab Emirates with Incredible Nature