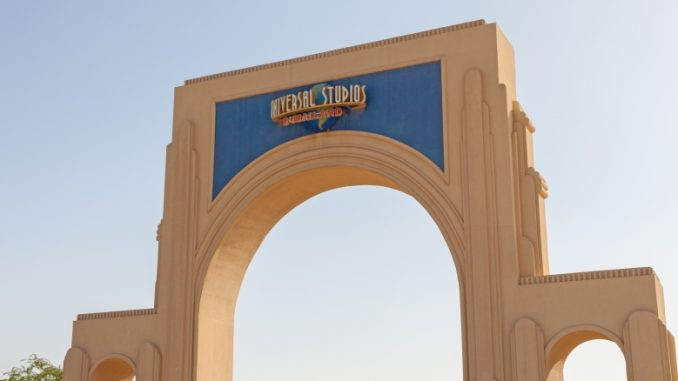 DubaiLand is an entertainment center in the United Arab Emirates. Seven themed worlds are located on a former desert area of 140 km².

‘Dubailand’, an entertainment complex currently being built in Dubai is a vivid example of the city’s vision to not only attract millions of tourists but also offer its residents a world-class recreation experience. Announced in 2003 but put on hold for a long time due to global recession and Dubai’s financial crisis, the project is one of the most ambitious leisure developments ever proposed anywhere in the world.

Downtown: A large international shopping center. Eco-Tourism World: It is planned that desert safaris will take place in the hall in an artificial wadi landscape. A science and history museum is also located there. An artificial rainforest with computer-animated dinosaurs is planned for dinosaur lovers.

Retail & Entertainment World: This is where the largest shopping center opens, the Mall of Arabia. With over 1000 stores and 35 skyscrapers. Clinics, restaurants, apartments, schools, and apartments will open in the high-rise buildings. Since the airport is a bit away, a direct connection (Dubai Monorail) is to be built.

Experience World: This theme world is supposed to be Disneyland in DubaiLand. The attractions will be many rides, a movie theater, and the Snowdome. Enjoying the snow in the middle of the desert under a huge glass dome is supposed to attract many people. And steep slopes are even planned for demanding winter sports enthusiasts.

Dubai Sports City: From 2010 golf courses with villa frames, central residential and business districts and four stadiums should be to be admired.

The leisure & vacation world: The idea originated in Las Vegas. There special themed hotels are offered as overnight accommodation. Legoland: The Legoland is to be designed on 28 hectares. And it will be laid out in a similar way to the existing parks. It was planned that the whole thing should be built in four construction phases. The first was completed in 2008. In this construction phase, the necessary infrastructure measures were taken care of. The cost will be around $ 5 billion. The various theme parks were mainly advertised by European manufacturers.

The contracts have been signed and systems have already been constructed, but deliveries have only been made in exceptional cases. Much was pulped and postponed. The planning was based on wrong ideas. It was a mirage in the desert. In the autumn of 2008, the individual projects suffered their coup de grace. The financial crisis was also felt in wealthy Dubai. The construction of apartments on a specially raised island could no longer be financed. It is estimated that there were around 70 billion in debt on the shoulders of real estate companies.

The developers (Nakheel and Tatweer) of DubaiLand have been cooking on the back burner since the crisis.

The entertainment center in particular was hit hard. The first park went into operation in the late summer of 2009, a little smaller. In 2014, part of the Experience World was launched. The rides are something special. The project is being implemented by the IMG Group. However, this is done without the involvement of the Walt Disney Company.

READ:Best Places in New York State: You Didn’t Know About Them

Although licensing of the Marvel names and character rights is included. The entire park will now only reach a fraction of its planned size. One advantage of the downsizing is that everything should now be fully air-conditioned. In 2014, work on the basic structure was completed and the largest rides were installed. The target is now in sight. Despite everything, it seems like the project is running out of steam. The opening has been postponed again and again. Officially, the opening is in the first half of 2016. But rumor has it that it will have to be postponed again.

Post Views: 68
Related posts:
If you have found a spelling error, please, notify us by selecting that text and pressing Ctrl+Enter.

The Architecture of Consumption: Shopping Centers as an Exhibition Object - 8.08.21
Оставьте комментарий Cancel reply
Latest Articles
09:28
Everything You Need to Know About the Forex Traders Summit 2023
16:42
Abu Dhabi Mall: The Mall in the Center of Abu Dhabi
21:58
Is a Credit Card Required in Dubai: In Any Case, You Need a Credit Card On Your Dubai Vacation
20:49
You Have to Tip in Dubai: With a Few Dirham You Can Reach a Lot
21:25
Atlantis The Palm Dubai Lobby: The Atlantis The Palm Dubai Lobby is Very Impressive for Visitors
16:21
JA Oasis Beach Tower: You Have a Great View from the JA Oasis Beach Tower in Dubai
19:47
Aura Sky Pool: The Highest 360-Degree Infinity Pool in the World is Only in Dubai
19:54
10 Highest Hotels in Dubai: In the Emirate of Dubai There are Many Tall Hotels with Great Views
20:27
Sharjah International Airport: Home Airport of Air Arabia
17:36
The Biggest Myths About Dubai: Is It True
MyDubai.Media » Articles » DubaiLand: Lots of Theme Parks and Entertainment Options