Dubai Metro: Everything Interesting To Learn About Transportation In Dubai 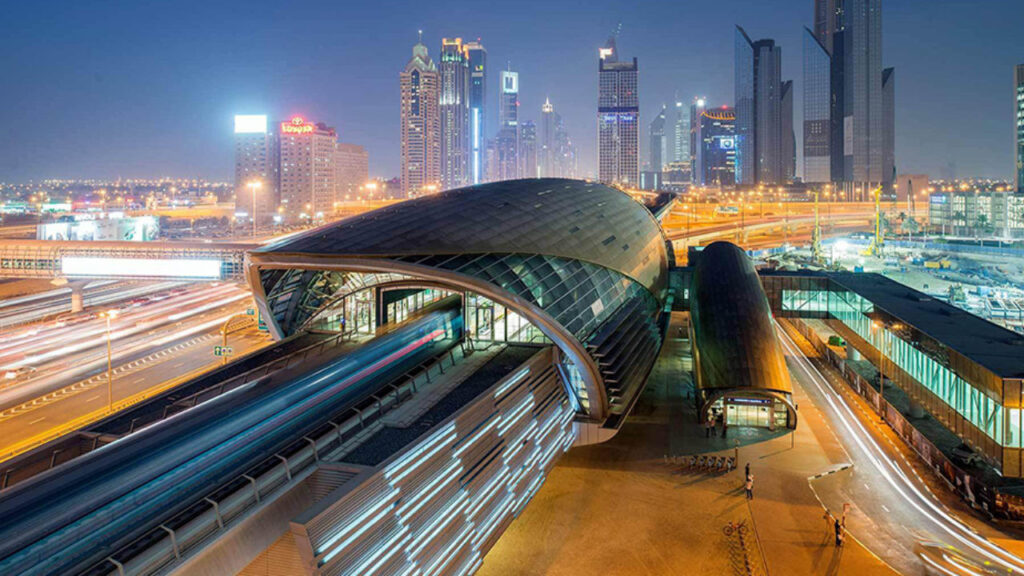 The United Arab Emirates is the country in which the concept of «transport infrastructure» was formed and realized literally in front of eyes for some 30-40 years. This is related to historical, climatic, and geographical features that are understandable. In fact, about half a century ago, apart from a few roads that could be counted on fingers and traditional boats «abra», there was nothing to use.

Up until 2009, only relatively expensive taxis or low-speed public buses, which at the time caused some difficulty for the tourist, were considered the only common means of transportation. The Emirate’s Metro was designed to meet the challenge of modernizing the transportation system, which was primarily intended to be accessible, fast, convenient, and covering the major nodes and areas of Dubai.

As a result, the subway in Dubai was put into operation relatively recently, but the subway project is developing very rapidly – in the tone of today’s rate of growth of all spheres of life in the UAE. New stations are constantly being built and new branches are planned for launch.

During 9 years of operation the infrastructure has grown beyond recognition and every wagon, every station is an absolute embodiment of comfort and good taste. For example, some stations have already absorbed elements of street art and turned the journey from leisure travel to a bright journey with varied views and a wonderful panorama.

All this is not surprising – the project has already invested more than $8 billion. At the moment, the total length of the subway is 75 kilometers and every train on each route is fully automated, here you will not meet train drivers. Dubai is the record holder of the Guinness Book of Records as the largest subway without drivers on the planet.

The winner of the tender was the American-French enterprise SYSTRA-Parsons, which by 2005 had developed the concept of metro in Dubai. At the time of the decision to build a metro, Dubai had a population of more than 1.5 million people. Dubai has a population of more than 1.5 million people. Due to the intensive development of the emirate, this figure was expected to increase to 5 million people by 2020. This figure included tourists. Further development of Dubai’s infrastructure was no longer possible without one of the most reliable and convenient modes of urban transport – the metro.

The metro currently consists of two branches: red and green. Both were launched on September 9, but with a difference of two years in 2009 and 2011, respectively.

The red line runs from the south-east to the north and from the north-east of the city to the south-west, covering 29 stations and more than 52 kilometers of track. With this branch, you can get to any corner of the central part of the city, as well as to the airport (DXB – Dubai International Airport). There are two access points to the Dubai tram in the south of the route, making it extremely easy to communicate with the popular tourist area of Dubai Marina (Dubai Marina) and JBR, as well as the Palm Jumeirah Monorail (Palm Jumeirah Monorail) which in turn is connected to the tram station.

The green line runs parallel to the red line, but is intended to cover other parts of the city. It has two intersections with a red branch and covers a total of 20 stations. The total length of the journey is 22.5 km.

Today, the current passenger turnover is over 100 million people per year.

In the near future it is planned to implement a project of construction of a blue branch, along with a branch of the red route from Nahil Harbor and Tower Station (Nakheel Harbour & Tower) southeast to Dubai Investment Park (DIP), exhibition pavilions Expo 2020 and Al Maktoum Airport (Al Maktoum International). The goal is to connect Dubai Airport with Al Maktoum Airport and the 2020 exhibition, as this event is intended to be of strategic and fundamental importance in the development of the emirate and its philosophy.

Features of the Service

The main pride of the metro in Dubai is the unique security system. Huge investments were made in the acquisition and installation of state-of-the-art observation facilities in stations and wagons, radio communication devices for technical services, As well as the design of communication and security systems at every point in the multi-kilometer infrastructure – every possible non-staff situation has been considered. Police officers are always present and on duty at the stations, and metro officers are always available for assistance and consultation.

The second is comfort. All trains were provided by the Japanese company Kinki Sharyo and provided with the proper level of service and comfort. The temperature inside the cars is maintained at 20 degrees Celsius, and the stations are read and displayed in Arabic and English. In addition, through the window of the last or first car (depending on the direction you are going in), you can admire the stunning view of the first-person movement of the train.
There is also a Premium Level service – Gold Car with unique and expensive decoration increased degree of comfort and excellent view. Behind the gold car is a department exclusively for women and children. The remaining 3.5 wagons are for public use, with no restrictions on travel.

Post Views: 581
Related posts:
If you have found a spelling error, please, notify us by selecting that text and pressing Ctrl+Enter.

The Architecture of Consumption: Shopping Centers as an Exhibition Object - 8.08.21
Оставьте комментарий Cancel reply
Latest Articles
09:28
Everything You Need to Know About the Forex Traders Summit 2023
16:42
Abu Dhabi Mall: The Mall in the Center of Abu Dhabi
21:58
Is a Credit Card Required in Dubai: In Any Case, You Need a Credit Card On Your Dubai Vacation
20:49
You Have to Tip in Dubai: With a Few Dirham You Can Reach a Lot
21:25
Atlantis The Palm Dubai Lobby: The Atlantis The Palm Dubai Lobby is Very Impressive for Visitors
16:21
JA Oasis Beach Tower: You Have a Great View from the JA Oasis Beach Tower in Dubai
19:47
Aura Sky Pool: The Highest 360-Degree Infinity Pool in the World is Only in Dubai
19:54
10 Highest Hotels in Dubai: In the Emirate of Dubai There are Many Tall Hotels with Great Views
20:27
Sharjah International Airport: Home Airport of Air Arabia
17:36
The Biggest Myths About Dubai: Is It True
MyDubai.Media » Articles » Dubai Metro: Everything Interesting To Learn About Transportation In Dubai