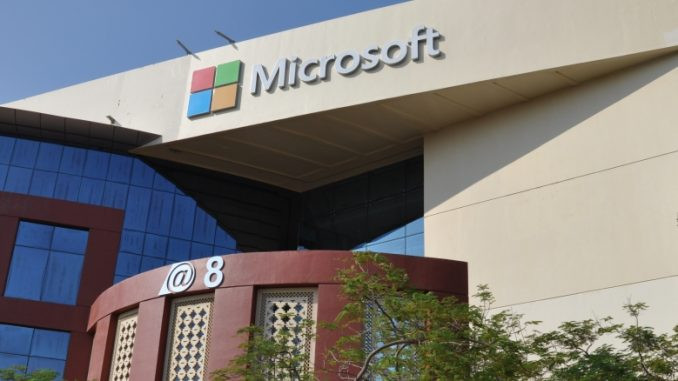 The Dubai Internet City is a free trade zone right next to the Dubai Media City. It is a technology park where well-known companies from all over the world such as Microsoft, Dell, Siemens, and many more have settled.

The emirate of Dubai grants these companies that are their special tax privileges. In 2000 the Dubai Internet City was officially opened. In the meantime, many companies have settled there and over 17,000 people work there.

Dubai is one of the seven emirates that make up the United Arab Emirates. It is the most modern and progressive emirate in the UAE. Dubai is almost an independent city-state. The metropolis developed at an incredible pace in terms of tourism and trade. Dubai Internet City is a huge free trade zone in the emirate of Dubai. It has the status of a technology park with a number of tax privileges. The Trade area is located about 25 kilometers south of the city center. It is adjacent to Dubai Media City and the private American University in Dubai. Dubai Internet City was officially opened in October 2000 after just a year of construction. A broad government initiative made it possible for software and technology companies to settle in Dubai.

Silicon Valley of the Middle East

Dubai Internet City is essentially Dubai’s version of Silicon Valley. It houses the regional headquarters for many technological giants. Today there are some companies based here that deal with the Internet. These include Facebook, Alphabet from Google, Microsoft, Cisco, Siemens, and IBM. The free trade area is the largest internet and communication technology headquarters in the Middle East. It forms a free trade area within the United Arab Emirates.

Today, Dubai Internet City has 1.5 million square meters of office space and houses. This includes 1,600 companies with around 17,000 employees. International City is also a simple residential area in the desert.

The special thing about it is its architectural design. In this residential area, rents are still cheap. Many foreign business people live here with their families. But it’s not just gigantic companies that benefit from Dubai Internet City. A recent study found that the startups that grew out of the co-work spaces, technical conferences, and exhibitions over the internet are inspiring.

Islam is the state religion. He must not be publicly criticized or published against him. The Emirate of Dubai strictly follows Islamic laws, which must be respected by all people. Criticism of the Emirates’ ruling family should be avoided in political and economic discussions. The United Arab Emirates has no formal relationship with Israel. The government publicly supports a Palestinian state.

Dubai Internet City has a state-controlled Internet. All Internet content on its own servers is subject to government censorship. It is clear that censoring the Internet can hamper technical innovation by local businesses. However, the current tax incentives and access to fast-growing markets such as India, Africa, and Asia should bring Dubai Internet City rapid growth in the near future.

READ: 12 Tips How to Pay in Dubai: How Should You Pay as a Tourist in Dubai

Dubai is always good for superlatives. One of them is the Media City district. Together with the districts of Knowledge City and Internet City, this part of Dubai’s capital forms a huge media and technology center. International corporations in the industry are located there, such as the news channels BBC International, BBC World News, Reuters, but also the very popular channel Al-Arabiya, which is now increasingly competing with Al-Jasira. What is special about all these companies is that there are no message blocks or censorship, as is common in most Arab states. Such interference in freedom of expression prevents a state-secured statute of Dubai. This part of the city was pounded out of the Arabian sand in 2001.

There are now more than 1200 national and international companies that have settled there. There are tons of hotels. You can choose whether you prefer the very luxurious variant and let yourself be pampered, or whether a small hostel is sufficient to conquer this hyper-modern city individually. Everything is possible. Enjoy the Arabic cuisine in all its diversity. You’ll taste that the Middle East was part of the Spice Route. Try mezze, a typical starter made from fresh and very aromatic ingredients that you share. Arabic flatbread is served with it, fresh from the oven. There are a large number of restaurants, also from very sophisticated to very simple, where you can try all the Arabic delicacies.

You won’t find old Dubai anymore. In the Media City, the temples made of glass and concrete, where you can also shop, are particularly impressive. There are various shopping malls.

The Dubai Mall is the largest shopping mall in the world. Not far is the famous palm island, the Palm Jumeirah, a huge hotel and office complex in the shape of a palm tree. We also recommend the Burj Khalifa, the tallest building in the world at 828 meters. Stroll through the gold souk and let yourself be enchanted in this glittering world.

Dubai Has Many Attractions

In the evening, in addition to the exciting nightlife in Dubai, you should visit an event in the amphitheater. Nobody of any standing or name in the world has yet performed here. In all of your activities, please remember that you are in an Arab country. Cover your shoulders and knees, it is better not to wear shorts, even if the temperatures can climb to 50 ° C. To discover Dubai Media City and the rest of the city, you can use the metro, buses, or taxis.

Post Views: 177
Related posts:
If you have found a spelling error, please, notify us by selecting that text and pressing Ctrl+Enter.

The Architecture of Consumption: Shopping Centers as an Exhibition Object - 8.08.21
Оставьте комментарий Cancel reply
Latest Articles
09:28
Everything You Need to Know About the Forex Traders Summit 2023
16:42
Abu Dhabi Mall: The Mall in the Center of Abu Dhabi
21:58
Is a Credit Card Required in Dubai: In Any Case, You Need a Credit Card On Your Dubai Vacation
20:49
You Have to Tip in Dubai: With a Few Dirham You Can Reach a Lot
21:25
Atlantis The Palm Dubai Lobby: The Atlantis The Palm Dubai Lobby is Very Impressive for Visitors
16:21
JA Oasis Beach Tower: You Have a Great View from the JA Oasis Beach Tower in Dubai
19:47
Aura Sky Pool: The Highest 360-Degree Infinity Pool in the World is Only in Dubai
19:54
10 Highest Hotels in Dubai: In the Emirate of Dubai There are Many Tall Hotels with Great Views
20:27
Sharjah International Airport: Home Airport of Air Arabia
17:36
The Biggest Myths About Dubai: Is It True
MyDubai.Media » Articles » Dubai Media City and Dubai Internet City: Web Heart of the City