Dubai Architecture: Art in the Middle of the Desert 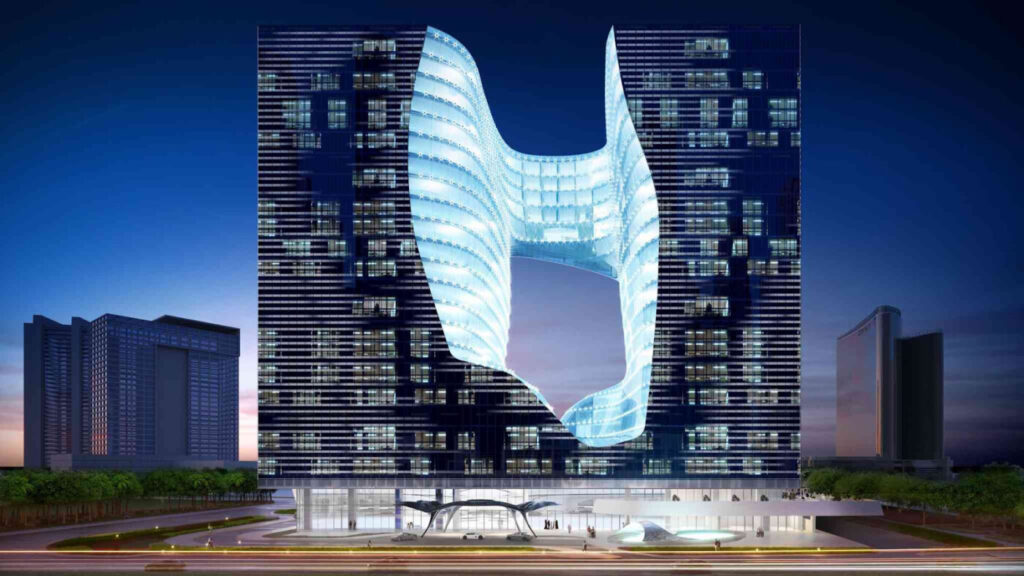 The United Arab Emirates consists of seven states. Dubai is the capital of the emirate of the same name and is located on the Persian Gulf. With a population of 2.106 million, it is the largest city in all of the Emirates.

“Dubai” means meeting point. This suggests what this cosmopolitan city once developed from. Until 1971 it was politically a protectorate of Great Britain.

When England surrendered the region to sovereignty, Dubai united with Abu Dhabi, Sharjah, Ajman, Umm Al Quwain, Fujairah, and Ras Al Khaimah to form the Federation of the “United Arab Emirates” (UAE), which covers a total area of ​​83,600 square kilometers extends. Since then, the goal has been to develop Dubai into one of the largest ports on the Persian Gulf. To this end, the city has been growing rapidly, especially since the 1990s.

About 90% of the residents come from abroad. These include mainly Asians from neighboring countries, but also Europeans. Most of them came to Dubai to work there. For decades, the countless construction sites have ensured one fact. Architects parted the desert into artificial oases.

Urban planning, infrastructure, and the transport system are lagging behind. There do not seem to be any cycle paths and some footpaths end at a motorway. The quality of the architecture is also felt by many to be not as tasteful and high-quality as that of the neighboring emirate of Abu Dhabi. However, there are a number of things to see in the city.

If you have traveled with the airline “Emirates”, you will find luxury shops, upscale restaurants, three spas. Look at two Zen gardens to relax in this terminal – and that in the midst of the stressful airport rush. In addition, they built the Dubai World Central International Airport just 40 kilometers away.

If you want to stick to the superlatives of the city. After that visit to the largest building in the world, the Burj Khalifa on Emaar Blvd is inevitable. The American architecture firm Skidmore, Owings, and Merrill (SOM) according to plans by the architect Adrian Smith built the symbol of Dubai.

Since April 2008 it has been the tallest structure in the world at 828 meters. The building has 163 usable floors. You can find hotels, offices, restaurants, apartments as well as fitness and wellness facilities. Visitors have the opportunity to visit a viewing platform with an outdoor terrace on the 124th floor at a height of 452 m.

It is the second-highest viewing platform in the world. It is advisable to purchase tickets in advance on the Internet, as the prices on site are much more expensive.

READ: In One Minute on the 124th Floor: 11 Years of Burj Khalifa

A total of 330,000 cubic meters of concrete, as well as steel and other materials, were used. A few thousand tons of steel on the upper floors are recycled steel that comes from the demolished Palace of the Republic in Berlin.

The floor plan of the building is based on a Y-shaped floor plan. Three pillars of the building support each other. The hexagonal axis in the middle of the tower is stable against twisting. People call it “buttressed core”. Thanks to this new type of construction, architects can achieve new heights.

Another building that quickly became one of the city’s landmarks is the 321 m high luxury hotel Burj Al Arab, which was designed by Tom Wright, an employee of the English engineering company Atkins. The design is based on an inflated sail. This is to indicate the importance of Dubai as a sea trading power.

The fact: architects created building into the sea at a distance of 300m from Dubai’s coast enhances the impression of a gigantic sailing ship passing by. The construction of this artificial island alone took about 2 years. It took that long until the ground could absorb the forces from the foundations, which are up to 45 m deep.

It was the express wish of the client, the Jumeirah Hotel Group, to create a building with a landmark character. Unfortunately, it is almost impossible to visit the building, as you can only enter it if you live there, visit someone, or have reserved a seat in a luxury restaurant, but even from the outside, it offers an impressive photo opportunity.

In addition to these and other famous buildings in Dubai, there are also comparatively small but fine places. An architecture firm that also has two offices in Dubai are NAGA architects, designers & planners. Their architecture has a comparatively “European” feel because they have mainly committed themselves to a simple. It is a classic style.

At the same time, it’s very interesting to find something in sustainability in architecture and declared representatives of “green architecture”. This way of thinking is not the norm in Dubai. A rethinking from the previously very generous use of energy to one that saves resources has only been taking place in the recent past.

Will architects change towards sustainable construction in the long term? At the moment, it looks more like the solution will be seen in nuclear energy, as the UAE’s first nuclear power plant has been under construction in Abu Dhabi since 2013 and is due to go online in 2017.

The “wasl square project” near Safa Park is well worth a visit from NAGA. Along the flanking main streets, you will find 140 units of simple modern residential construction over three floors with commercial units and underground garages. In the second row, there are 130 so-called “townhouses” as well as green corridors and community facilities.

With this rather uncommonly simple architectural language for Dubai, it will be interesting to see what NAGA architects will do with their ability to design an area of ​​the Jebel Ali Palm thanks to a competition they have won. In addition to “The Palm, Jumeirah”, this is the second district of Dubai from the sea, which is laid out in the shape of a palm tree.

If you want to immerse yourself in the original Dubai in addition to the oversupply of modern architecture, we recommend a trip to the souks in the city center near Dubai Creek or to the renovated old town Bur Dubai on the south side of the creek. Dubai Creek is a 14 km long and 100 to 300 m wide bay that divides the city into two parts. You can cross the bay using ferries or the bridges located on the periphery.

The Jumeirah Mosque is particularly suitable for this. This mosque is the only one that opens its doors to people of different faiths as part of guided tours. It is located on Al-Jumeirah Rd. The ruling Maktoum family built it between 1975 and 1978 for the Jumeirah district. The Mohammed Ali mosque in Cairo served as a model.

The Jumeirah Mosque was built entirely of stone in the medieval style of the Fatimids and impresses inside with ornate Arabic calligraphy. It has a total of 5 domes and 2 minarets and can accommodate up to 1,200 people.

Post Views: 79
Related posts:
If you have found a spelling error, please, notify us by selecting that text and pressing Ctrl+Enter.

The Architecture of Consumption: Shopping Centers as an Exhibition Object - 8.08.21
Оставьте комментарий Cancel reply
Latest Articles
09:28
Everything You Need to Know About the Forex Traders Summit 2023
16:42
Abu Dhabi Mall: The Mall in the Center of Abu Dhabi
21:58
Is a Credit Card Required in Dubai: In Any Case, You Need a Credit Card On Your Dubai Vacation
20:49
You Have to Tip in Dubai: With a Few Dirham You Can Reach a Lot
21:25
Atlantis The Palm Dubai Lobby: The Atlantis The Palm Dubai Lobby is Very Impressive for Visitors
16:21
JA Oasis Beach Tower: You Have a Great View from the JA Oasis Beach Tower in Dubai
19:47
Aura Sky Pool: The Highest 360-Degree Infinity Pool in the World is Only in Dubai
19:54
10 Highest Hotels in Dubai: In the Emirate of Dubai There are Many Tall Hotels with Great Views
20:27
Sharjah International Airport: Home Airport of Air Arabia
17:36
The Biggest Myths About Dubai: Is It True
MyDubai.Media » Articles » Dubai Architecture: Art in the Middle of the Desert