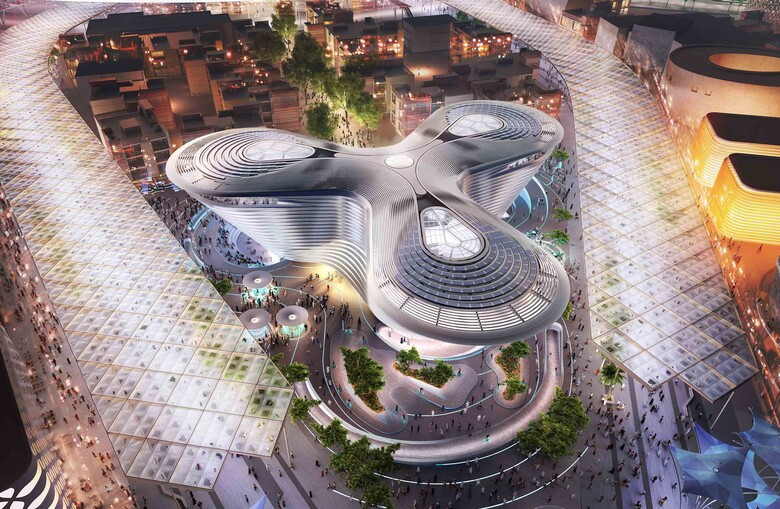 For many people, half-knowledge and prejudices instead of facts determine their image of Dubai. We present you with ten interesting facts about Dubai that you probably did not expect.

1. Contrary to Other Reports, Dubai Has a Sewer System

The radiance of Dubai is unbroken. The glittering facades of skyscrapers speak for technical progress and a luxurious standard of living. So it is not surprising that a few years ago reports of miles of traffic jams from “poop trucks” on Al Awir Road were very well received. These were actually loaded with feces from the city that were brought to the sewage treatment plant.

It was claimed that Dubai had no sewer system, so the use of these trucks was inevitable. Indeed, in the years leading up to its rapid growth, Dubai failed to keep pace with the expansion of sewers and sewage treatment plants. Individual buildings or remote parts of the city could not be connected to the sewer system immediately.

This made it necessary to use the trucks for a short time. The problems have now been solved by the massive expansion of the sewer system and sewage treatment plants. So to say that Dubai has no sewers is a myth.

2. Many Apartments are Vacant

For years, skyscrapers in Dubai have been popping up in no time. Low-wage workers from Bangladesh, Pakistan, and other Third World countries toil under harsh conditions to erect new buildings cheaply. The government of Dubai is planning to attract foreign companies as well as private individuals to Dubai. But it hasn’t really worked out yet: a considerable part of the residential and office space in Dubai is vacant.

In 2013, 45% of all office buildings were empty1. In 2015, 20% of all private apartments were vacant. However, this is usually not because they cannot be sold or rented.

Many buildings are purely speculative objects for investors to invest in and are not rented out. Some apartments are only used as winter residences and are vacant for most of the year. Some skyscrapers are so bad that they will probably never be occupied. It remains to be seen how Dubai solves these problems – definitely a deserved number 2 in our facts about Dubai.

3. Dubai Has Long Been Independent of Oil

In lively exchanges with colleagues, friends, and family, one repeatedly hears the accusation that the Arabs are completely dependent on oil and gas. After the oil supplies were used up, these countries would then disappear into insignificance. This is definitely not true.

Even if the previous wealth of Dubai can be traced back to oil and gas, the emirate is no longer dependent on it. Less than 5% of economic output is still achieved through oil. The most important economic factors are trade, tourism, construction, the housing market, and the financial market. As a politically stable country, the UAE also plays a decisive role as a hub in air traffic.

In contrast to the neighboring countries Saudi Arabia (> 50% oil/gas) and Qatar (~ 33% oil/gas), Dubai recognized the problem early on and made clever investments in the future. Even after the era of oil, Dubai will continue to play an important role in economic policy in the world.

4. Falcons as Seated Neighbors on Flights

The fourth place in our facts about Dubai is occupied by the graceful birds of prey of the sheikhs. With Arab airlines, it is not uncommon for falcons to fly in passenger cabins. Falcons are a status symbol in the Middle East and even have their own passport. If you fly from Dubai to Abu Dhabi or Saudi Arabia, for example, you have a good chance of seeing falcons. However, on most flights to and from outside Arabia, the falcons have to be stowed in the cage in the hold.

5. Dubai Only Introduced a Standardized Address System in 2015

A functioning address system for mail and parcel delivery is an absolute matter of course for our society. Dubai actually only managed to establish a uniform system of postcodes, street names, building numbers, and floors in 2015. Named after “Makani”, which means “my place”, conversations like “After the garage, the second on the right. Do you see the house with the blue facade? No? Do you see the white Toyota on the right? Where exactly are you now? ”Now a thing of the past. Delivery services, taxis, and Uber drivers, who previously had to be shown the way to less known destinations with Google Maps, should also breathe a sigh of relief. The P.O. Boxes at central post offices will also soon be a thing of the past.

6. Dubai Has Almost No Taxes

From a tax point of view, Dubai is not only interesting for private individuals. The emirate does not levy any corporate or corporate tax on companies.

This is primarily intended to attract foreign companies.

7. “The World” is Slowly Sinking into the Sea

In contrast to Palm Island, on which all areas have now been sold and almost all of them built on, the prestige project “The World” threatens to become a disaster. The rumored $ 14 billion project started in 2003. The World is an artificially created archipelago consisting of 300 sand islands that form the shape of a world map. The islands are named after countries. A total of 321 million m³ of sand is said to have been used to fill the island.

The fact is: construction work stalled due to the financial crisis in 2007. In the meantime, the narrow sea passages between individual islands have completely silted up, so that many islands have merged to form indefinable patches of sand. Although more than 60% of the islands were sold in 2008, only 2 are currently in active use. The next flop is imminent, by the way: For the second artificial palm island, on which construction began in 2002, there are still no plans for further development. The island is too close to the industrial area and port, too far from the center, and is therefore rather uninteresting for hotels and villas.

Dubai is an extremely international city and is considered a melting pot of cultures. The Arab, Western and Asian worlds meet here, which is also reflected in the diverse food in Dubai. It is definitely one of the most interesting facts about Dubai that a large part of the population living there are immigrants. In the 50s, Dubai was still a small town with barely more than 20,000 inhabitants. Most of them were nomads before. With the oil came the companies and with the companies came the people. In 2019 Dubai had a population of around 2.8 million, the majority of whom were Indians, Pakistanis, and Bangladeshis.

Low wages for taxi drivers and cheap fuel prices contributed to the fact that Dubai was and still is a car city to this day. But the sheikhs have long been aware that capacity on the streets will soon be exhausted and that high traffic volumes will also lead to smog. The red line of the metro was opened in 2009 after a four-year construction period. This was expanded by a few stops in the years to come.

Today it runs through the whole city and connects the southernmost district of Jebel Ali with the airport. The green line connects the creek with the extreme northern districts of Deira.

The overground metro with its futuristic stations is a small sight in and of itself. The prices are moderate, the metro itself is considered to be very reliable.

10. Dubai Has the Best-Motorized Police Vehicle Fleet in the World

The wealth of the emirate is also reflected in the police fleet. It contains cars from the brands Brabus, McLaren, Ferrari, Lamborghini, Aston Martin, and even a Bugatti Veyron. Petrol prices around 50 cents per liter are not necessarily a stimulus for a more environmentally friendly fleet. And police cars would then no longer be a tourist attraction.

Post Views: 243
Related posts:
If you have found a spelling error, please, notify us by selecting that text and pressing Ctrl+Enter.

The Architecture of Consumption: Shopping Centers as an Exhibition Object - 8.08.21
Оставьте комментарий Cancel reply
Latest Articles
09:28
Everything You Need to Know About the Forex Traders Summit 2023
16:42
Abu Dhabi Mall: The Mall in the Center of Abu Dhabi
21:58
Is a Credit Card Required in Dubai: In Any Case, You Need a Credit Card On Your Dubai Vacation
20:49
You Have to Tip in Dubai: With a Few Dirham You Can Reach a Lot
21:25
Atlantis The Palm Dubai Lobby: The Atlantis The Palm Dubai Lobby is Very Impressive for Visitors
16:21
JA Oasis Beach Tower: You Have a Great View from the JA Oasis Beach Tower in Dubai
19:47
Aura Sky Pool: The Highest 360-Degree Infinity Pool in the World is Only in Dubai
19:54
10 Highest Hotels in Dubai: In the Emirate of Dubai There are Many Tall Hotels with Great Views
20:27
Sharjah International Airport: Home Airport of Air Arabia
17:36
The Biggest Myths About Dubai: Is It True
MyDubai.Media » Articles » Dubai: 10 Amazing Facts You Need to Know