Back to the Past: History of the United Arab Emirates 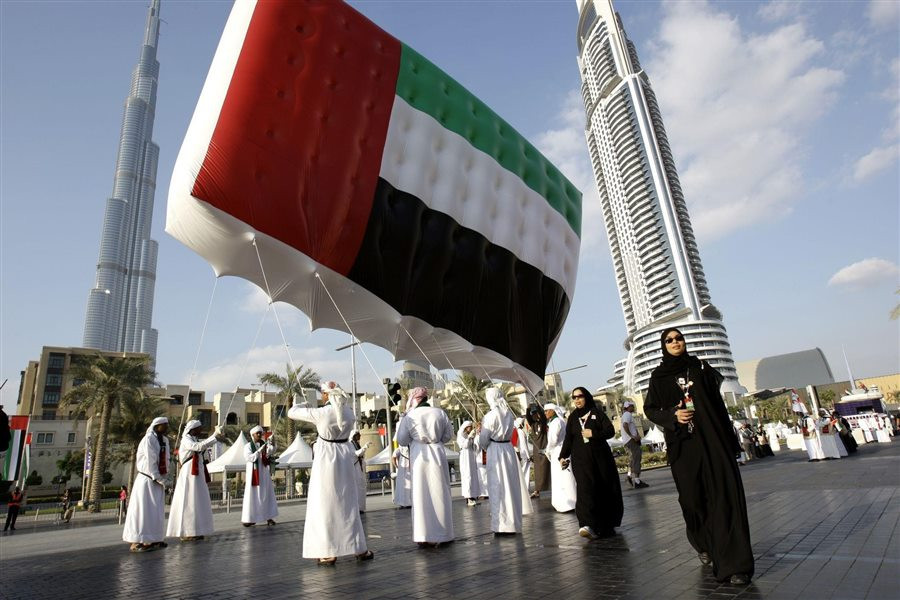 The United Arab Emirates is an amalgamation of seven emirates on the Arabian Peninsula that have joined forces in a federation for better political and economic cooperation. Above all, the economic development, due to the rich oil reserves, makes the region an important political factor in the Middle East.

The territory of the United Arab Emirates has been around since at least 4000 BC. Around 2000 BC The Dilmun culture in the Bahrain / Qatar area also radiated into this southern area. The region was on the way from the west to India and became very prosperous through trade. Chinese sources report that Chinese merchants traveled to this region. Christianity reached this region around 450 AD. In 630 the residents were introduced to Islam and Islamized.

However, they rejected Islam as early as 632, which led to the Ridda Wars. In 636 the non-Muslims were defeated and Islam prevailed. The following year the coast of the United Emirates was preparing to invade Persia. In the 7th century, the Kharijites took power and ruled until the 9th century. The Qarmatians ruled until the 12th century.

The Mongol invasions did not directly affect the region, but the fall of Islamic empires such as Persia left a power vacuum. Small states emerged that were very independent. In the south, Oman, which eventually ruled the region politically, gained strength. Around 1500 the Portuguese reached this area and founded small bases.

However, the Portuguese did not manage to completely conquer this region. The tribes remained independent. They drove the Portuguese out of the region around 1650.

The Emirates came under the influence of the Ottoman Empire, which, however, was never able to rule the region either. In 1747, the Qawarsim settled a tribe who were pirates from the coast and wreaked havoc. The pirates threatened trade between India and Europe, so the British intervened here.

Between 1806 and 1819 they were able to destroy the pirates in several punitive expeditions, but not to defeat them. It was not until 1853 that there was peace at sea and Great Britain concluded alliances with the Emirates, which are now referred to as Treaty Manor Schutzoman (Trucial States). Great Britain thus secured direct control of the region without occupying this area as a colony.

British influence was still all-encompassing. The Trucial States were not involved in either of the two world wars but experienced an economic decline due to the relocation of trade, the abandonment of the Indian colonies, and the collapse of the pearl trade. The discovery of oil reserves in the region, however, secured an economic future for the emirates.

On Independence Day, the emirs of six emirates met and founded the United Arab Emirates. In 1972 the seventh emirate, Ras al-Khaimah, joined. Bahrain and Qatar stayed away from the invitation to join and established their own states. The Emirates are independent internally but appear together externally. The Emir of Abu Dhabi traditionally provides the President.

Until 2004 this was Sheikh Zayed bin Sultan Al Nahyan. The young state came into direct conflict with neighboring Saudi Arabia. There had been border disputes between the small emirates before, but these were now increasing. In 1974 the two states came to a border agreement, which, however, was still not ratified in 2012. In 1981 the United Emirates and other Gulf states founded the Gulf Cooperation Council, which enabled political and economic cooperation in the Gulf region. During the 1980s, the region was destabilized by the conflicts between Iraq and Iran and by the two Gulf Wars (1980-1987 and 1991).

The United Emirates remained neutral or supported the other countries. In 1994 they formed a defense alliance with the United States, and in the following year with France. In 2001, the Emirates condemned the attacks in the United States and provided aid in the Third Gulf War.

The United Emirates is an economically emerging region that is also very stable politically. The country is very wealthy due to its oil reserves and represents a safe and stable ally.

Post Views: 83
Related posts:
If you have found a spelling error, please, notify us by selecting that text and pressing Ctrl+Enter.

The Architecture of Consumption: Shopping Centers as an Exhibition Object - 8.08.21
Оставьте комментарий Cancel reply
Latest Articles
09:28
Everything You Need to Know About the Forex Traders Summit 2023
16:42
Abu Dhabi Mall: The Mall in the Center of Abu Dhabi
21:58
Is a Credit Card Required in Dubai: In Any Case, You Need a Credit Card On Your Dubai Vacation
20:49
You Have to Tip in Dubai: With a Few Dirham You Can Reach a Lot
21:25
Atlantis The Palm Dubai Lobby: The Atlantis The Palm Dubai Lobby is Very Impressive for Visitors
16:21
JA Oasis Beach Tower: You Have a Great View from the JA Oasis Beach Tower in Dubai
19:47
Aura Sky Pool: The Highest 360-Degree Infinity Pool in the World is Only in Dubai
19:54
10 Highest Hotels in Dubai: In the Emirate of Dubai There are Many Tall Hotels with Great Views
20:27
Sharjah International Airport: Home Airport of Air Arabia
17:36
The Biggest Myths About Dubai: Is It True
MyDubai.Media » Articles » Back to the Past: History of the United Arab Emirates