Arabian Tales of the XXI Century: Why to Travel to Dubai in Winter 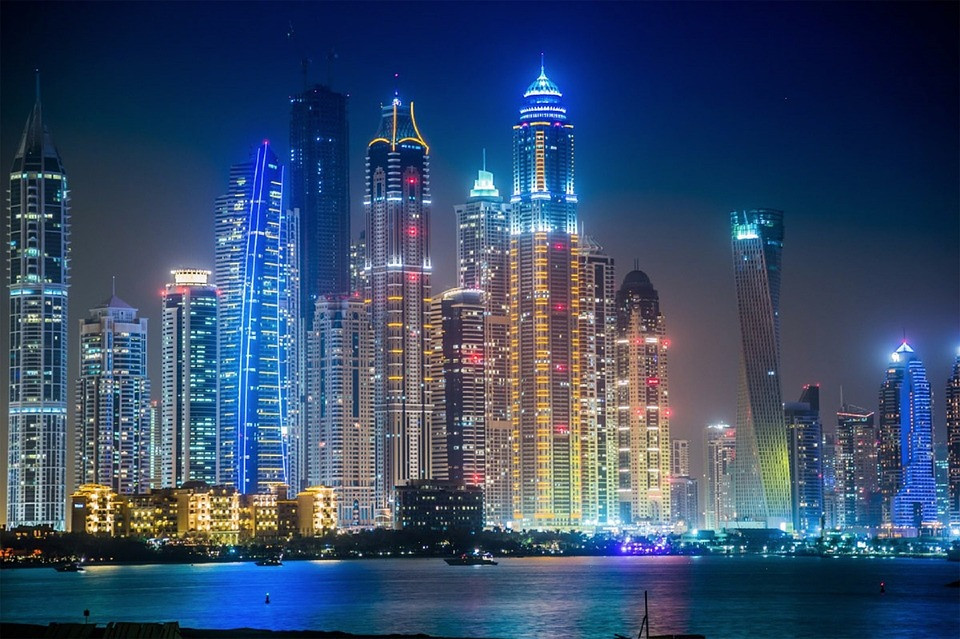 The largest city in the United Arab Emirates, Dubai is considered the most important trade and financial center of the Middle East. It is also one of the most popular tourist destinations, especially in winter.

Cosmopolitan Dubai has long been associated with the word “shopping”. Last but not least, the Dubai Shopping Festival was organized for travelers who prefer to combine business with pleasure. Malls, markets, shops, and boutiques are scattered throughout the city.

During the festival, there are sales with discounts up to 80-90 percent. Numerous master classes, presentations, fashion shows, and prize draws are also awaiting guests. For example, for each purchase of 200 dirhams, they give out a coupon for which you can win a kilogram of gold. The festival also raffles for cars, large sums of money, and much more.

A visit to the malls is akin to a full-fledged excursion through the history of world architecture and art, science, and technology. For example, in the Mall of Emirates, the main dome resembles the vault of the Parisian Grand Palais, and the marble used for the floor is imported from Brazil. The covered galleries of the exhibition complex are like wide avenues, and the goods displayed in the windows look like museum pieces.

READ: On the Border of the Sea and the Desert: Why Tourists Love the UAE

Of course, like any other major shopping center, there is a food court, a cinema with IMAX. For those who have had time to miss the snow, the ski slope Ski Dubai is equipped right in the building of the mall. You rent warm clothes and equipment and set off to conquer the steep snowy slopes. And at The Dubai Mall, visitors are entertained by a giant aquarium. Marine life literally swims at arm’s length.

You should go to Dubai not only for shopping. Here you can arrange an exciting gastronomic tour of countless restaurants, bars, eateries, and cafes for every taste and budget.

Among the international diversity, Coya stands out, a Peruvian restaurant located in the Four Seasons hotel with a panoramic view of the city. Spicy Latin American dishes are adapted to the tastes of tourists. However, the main asset of the restaurant is desserts. You should definitely try the corn sundae.

For those who love exotic, the Logma restaurant of national Arabic cuisine in the Box Park area is recommended. Chef Diljoy Levello, a true expert in local cuisine, organizes masterclasses and educational gastronomic training here. At the same time, the chef also helps the waiters, and his sister and assistants cook for the visitors. The menu includes traditional kebabs, chicken with rice, various salads. Everything, as expected, is generously seasoned with spices.

From February 25 to March 12, Dubai hosts a food festival with 30 restaurants, both traditional and Michelin-starred. A special gourmet three-course tasting menu is available for AED 189.

For Lovers of History

Dubai offers travelers a variety of leisure and entertainment options, from galleries and exhibition centers to clubs and bars. But be sure to visit the tallest building in the world, the 828-meter skyscraper “Burj Khalifa”, reminiscent of a stalagmite.

High-speed elevators take off to the observation deck in just a minute. A stunning panorama of the city and the bay opens from a height of 555 meters. To literally take your breath away, some parts of the site are not covered with a roof – tourists walk in the open air.

An equally important attraction is the 18th-century Al-Fahidi Fortress, the center of the Dubai National Museum. The interactive exposition tells how from a small town on the shores of the Arabian Gulf, whose inhabitants hunted for pearls, Dubai has become the most important financial center of the UAE. The traditional reed huts of the indigenous inhabitants of the Emirates are also exhibited here, the pearl market, weaving workshops, and much more are recreated in detail.

Those who want to feel like the protagonist of the Prince of Persia game or Arabian tales about Aladdin should go to the local spice and gold markets. It is best to get to them from the old part of the city on the so-called abras – wooden boats with a motor.

READ: Jackson Galaxy: The Story of a Failed Musician Who Got Working at a Shelter, Saved Thousands of Cats, and Became Famous

Locals, if they do not make high-speed races on Lamborghini or Infiniti on city highways, willingly use these to cross to the other side, or simply, hiding under an awning, watch other boats cut across the Dubai Bay, large ships sway lazily. and seagulls circle above the water in search of prey.

The narrow, covered, straight streets of the market are lined with bags filled to the brim with spices, spices, and incense. Prices do not differ much from store prices, but, as in all eastern markets, bargaining is more than appropriate.

Madinat Jumeirah Resort is very nice. Here, in addition to traditional beaches, swimming pools, restaurants with different cuisines, there is a real Arab market, an amphitheater, a turtle farm, and several villas.

They move around the resort on golf carts or abras – along artificial canals. Everything is extremely picturesque – the walls of the buildings are designed in yellow-beige tones, the villas are decorated with windmills, and romantic bridges are thrown across the canals.

Post Views: 48
Related posts:
If you have found a spelling error, please, notify us by selecting that text and pressing Ctrl+Enter.

The Architecture of Consumption: Shopping Centers as an Exhibition Object - 8.08.21
Оставьте комментарий Cancel reply
Latest Articles
09:28
Everything You Need to Know About the Forex Traders Summit 2023
16:42
Abu Dhabi Mall: The Mall in the Center of Abu Dhabi
21:58
Is a Credit Card Required in Dubai: In Any Case, You Need a Credit Card On Your Dubai Vacation
20:49
You Have to Tip in Dubai: With a Few Dirham You Can Reach a Lot
21:25
Atlantis The Palm Dubai Lobby: The Atlantis The Palm Dubai Lobby is Very Impressive for Visitors
16:21
JA Oasis Beach Tower: You Have a Great View from the JA Oasis Beach Tower in Dubai
19:47
Aura Sky Pool: The Highest 360-Degree Infinity Pool in the World is Only in Dubai
19:54
10 Highest Hotels in Dubai: In the Emirate of Dubai There are Many Tall Hotels with Great Views
20:27
Sharjah International Airport: Home Airport of Air Arabia
17:36
The Biggest Myths About Dubai: Is It True
MyDubai.Media » Articles » Arabian Tales of the XXI Century: Why to Travel to Dubai in Winter