Alcohol and Arabs: A Story You Did Not Know 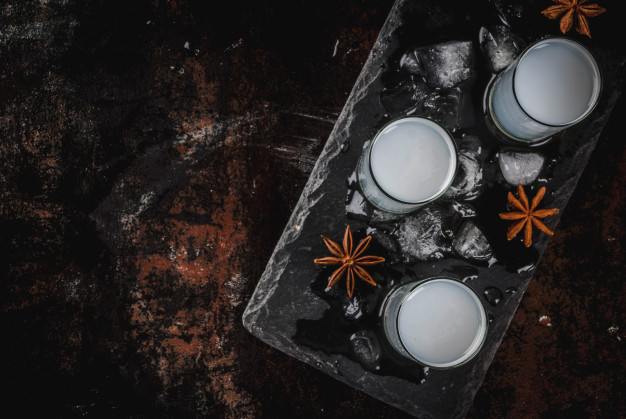 Few people know that we owe the existence of strong alcoholic drinks to the Arabs. There is a version that the technology of distillation, which makes it possible to extract the “water of wine” from wine, was transferred to the Europeans through Spain by the Arabs. The Arabic words “alcohol”, “alambik”, “alchemy” have entered many European languages.

READ: Henna: From Ancient History to the Present Day

If the desire to drink was the source of the origin of wines, then the source of the origin of alcohol was the desire to please. The Arabs diluted black powder, boiled the resulting liquid, and then condensed the vapor, which, concentrating, thickened. Thus, a black dye “kuhl” (antimony) was obtained, with which Arab women brought their eyes. Around 800 A.D. Arab alchemists learned how to obtain alcohol distillate “al-kahul” – a word that has entered, probably, in most languages ​​of the planet.

The Arab discovery made it possible to obtain alcohol using a variety of food products as raw materials, and not just wine. In China and Japan, alcohol was expelled from rice and vegetables. In Europe, the invention was appreciated and supplemented with whiskey, gin, and cognac. In Russia, where they knew nothing stronger than mead and beer, alcohol came with Italian merchants in the 15th century, and the actual vodka (“bread wine”) was invented by the Chud monks to drive it out of rye.

The Qur’an says about the inadmissibility of praying while drunk. The holy book of Muslims mentions “nabid” – wine.

After all, the Arabs invented alcohol – the basis of spirits later than the appearance of Islam at the beginning of the 7th century A.D. A new creed arose in the heart of Arabia, where the followers of Christianity, Judaism, paganism, and other religions and confessions lived, some of which not only allowed the use of wine but also made it part of religious rituals. Wine is mentioned over 500 times in the Bible. Judging by some examples of Arab poetry from the Jahiliyya (pre-Islamic) period, the Arabians were not always convinced teetotalers.

If not the Arabs, then at least their ancestors in Ancient Egypt invented beer. This drink was prepared in other areas as well, but the Egyptians invented an almost modern technology for brewing beer.

The wine was made everywhere, but the first symptoms of poisoning with it can be found on Mesopotamian tables written about five thousand years ago and found in Iraq: “If a person drank strong wine, his head is empty or he forgets words, his speech becomes confused, his mind wanders, and the eyes have a cloudy expression. “

READ: Bahur and Ud: Enchanting Fragrances of the East

In others, access to them is restricted for religious reasons. For example, during religious holidays and the Islamic fasting month of Ramadan, alcohol is not sold in many bars, restaurants, and nightclubs in the UAE. Or sold after sunset.

In Egypt, liquor stores are generally closed for a month. Drunkenness in public places, according to the laws of a number of Islamic countries, is considered a serious crime, as is the smuggling of alcoholic beverages.

Even within one state, attitudes towards alcoholic beverages vary. For example, in the emirates of Abu Dhabi and Dubai, alcohol is sold to foreign non-Muslim residents in special stores under a license.

Sharjah has a complete ban on alcohol, and even the import of alcohol into the emirate can be punished. And in Umm al-Qaiwain, you can buy alcohol almost around the clock. In Qatar, after the partial abolition of Prohibition in 1995, the visitors of expensive bars were copied by police officers.

In the resort cities of Egypt, alcohol is freely sold during Ramadan. The same applies to Tunisia. In Yemen, you can only drink a glass of beer in five-star hotels. However, after the creation in Yemen the other day of religious police like the Saudi, apparently, control over drinking establishments will increase.

On the other hand, in many Arab countries, there are large Christian communities that have made both wine and strong and weak alcoholic beverages for centuries. In Lebanon, Syria, Palestine, Iraq, Jordan, “arak” is driven from grapes and dates with a strength of up to 80%.

In Egypt, they make “zabiba” – “raisin” and champagne from dates. In Libya, it was popular among the people “lagbi” – mash from the juice of date palms. In Saudi Arabia, Libya, and Kuwait, foreigners drive moonshine, make mash from juice, sugar, tomato paste, fruits, or drink alcohol-containing liquids, which sometimes leads to mass poisoning.

Morocco and Syria, in which the area of ​​vineyards exceeds 100 thousand hectares, can be attributed to respectable wine-making countries. Wine is also made in Lebanon, Egypt, Tunisia, Algeria (although the authorities there cut down vineyards).

READ: Diving in the UAE: Everything Beginners Need to Know

Now almost all Arab countries, including Saudi Arabia and Libya, intend to develop tourism. And the question of alcohol will sooner or later become one of the important problems that they will have to somehow solve. Perhaps closed “free alcohol zones” will be created if the authorities of these countries want to attract tourists. Well, tourists need to respect the customs of Arab countries and their laws, including “dry” ones.

Post Views: 223
Related posts:
If you have found a spelling error, please, notify us by selecting that text and pressing Ctrl+Enter.

The Architecture of Consumption: Shopping Centers as an Exhibition Object - 8.08.21
Оставьте комментарий Cancel reply
Latest Articles
21:38
9 Facts about Emirates Airlines: Here You Can See Some Facts about Emirates Airline
21:39
Rixo’s The Palm Dubai: A Beautiful Beach Hotel in Dubai is the Rixos The Palm Dubai
19:34
More About Transport: The Tram in Dubai
21:05
Dubai Water Bus: The Dubai Water Bus is a Great Way to Explore the Marina and the Dubai Creek
16:30
Which Airport in Dubai: Where You Can Land
19:54
How Does a Doctor Visit in Dubai: You Do Not Have To Be Afraid
22:58
Air Arabia: Airline from Sharjah
19:25
Where the Sands: 10 Good Reasons Why You Absolutely Have to Go to Dubai
21:57
Safety in Dubai: Dubai is Considered One of the Safest Countries in the World
09:28
Everything You Need to Know About the Forex Traders Summit 2023
MyDubai.Media » Articles » Alcohol and Arabs: A Story You Did Not Know