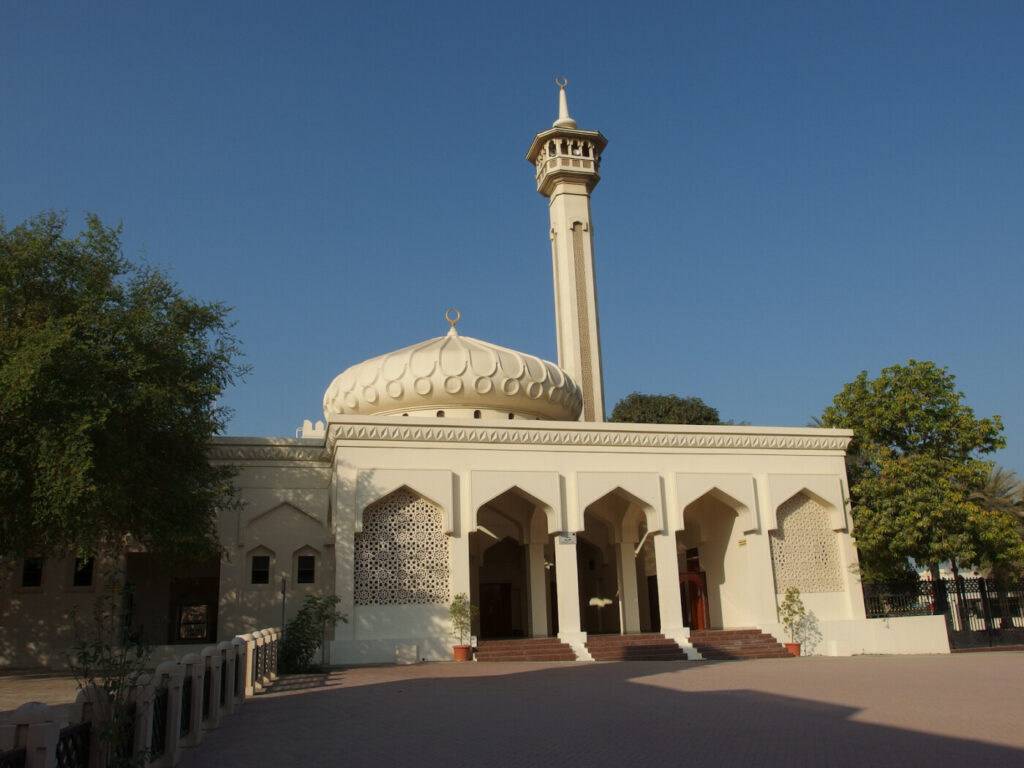 Bastakiya is an ancient district of ultra-modern Dubai in the United Arab Emirates, which keeps the history and culture of this region, is the center of its monuments and attractions.

The Uniqueness of the Al Fahidi Historical Area

This historic district has miraculously survived in the highly developed Dubai. When mass construction began in the city, they wanted to build a large office building in its place. But the architect who was developing this project nevertheless dissuaded the sheikh from destroying this historical area.

READ: Will the Plot of the “Sex and the City” Sequel be Revealed

If we turn to the historical facts of the appearance of Bastakia, then we can say with certainty that the construction of this area was started in the 19th century. Initially, there was a trading quarter founded by Persian merchants. Later, pearl divers and several wealthy families also settled here. In the 30s of the last century, the region played an important role in overcoming the crisis. Thanks to local merchants, the city survived and established a large trade turnover with Persia and India.

Currently, the Bastakia region is one of the most visited tourist routes. Narrow streets, old houses, and shops attract a huge number of travelers here. The land here is very expensive, however, new hotels, restaurants, shops, museums are constantly opening in Bastakia. This is one of the few places in Dubai where pristine, classical Arab architecture has been preserved. The Al Fahidi Historical District stands out against the backdrop of modern Dubai.

Many buildings that can be seen in Bastakia were built in the 19th century. In this regard, the quarter received the informal status of the oldest in the city. The story began with the settlement of these streets by merchants and pearl divers from Persia. They built far from the most luxurious, but strong dwellings for their families.

The main materials used in the construction were clay, palm branches, lime, and shell rock – everything that could be obtained in the vicinity. The weather conditions forced us to work on the ventilation device: it was here that the first wind towers appeared to cool the dwelling.

READ: Interesting Facts: Everything You Need to Know About the Palm Islands of Dubai

Over the course of several decades, the quarter grew and grew stronger. After some time, wealthy families began to appear here. In the middle of the 20th century, some houses began to empty – those who could afford it moved to more comfortable areas. Migrants began to populate empty dwellings.

The 1980s became a turning point for the region. There were controversies around Bastakia: the authorities planned to demolish the area and build a business center and a modern residential area in its place. However, ordinary townspeople, local architects, and even the Prince of Great Britain, Charles, stood up for the historical buildings. As a result, the quarter was left untouched, and in the 90s it was bought from local residents and restored.

Houses of the 19th century are of great interest. Here you have the opportunity to wander between the clay houses, to study their structure and features.

Also noteworthy is the engineering invention of the inhabitants of Bastakia of the past centuries – the so-called wind towers. They were created here rather out of despair: the heat exerted its influence on all spheres of the life of the Arabs, and it was necessary to fight it. Previously, for these purposes, the inhabitants of the Arab Emirates erected thatched huts. However, the new invention, created in Bastakia, soon spread throughout the UAE and allowed people to move to stronger homes.

Do not miss the opportunity to see the surviving element of the fortress wall. It dates back to the early 19th century and is a unique object.

Most of the buildings in the area were built in the traditional Arabian style. The typical structure is shaped like a quadrangle and boasts a courtyard in the middle. The rooms inside the house are connected with each other in a circle, this allows good air circulation, which is an important point for a hot country.

The dwellings of the poor were called barastis, and palm trees were used to build them.

One of the symbols of the UAE, extremely common here, is the elegant barjil wind towers, which are found in almost every home. The more such towers a dwelling had, the more prosperous the family living in it was considered. They allowed air conditioning in houses in the warm season long before the creation of air conditioners, they also had a pair of crossed partitions that catch any gust of wind and send it down the shaft, where it cooled and filled the room with a pleasant chill. The towers are fitted with protruding wooden beams, which used to be hung with wet cloths to freshen the air even more.

Most of the rooms in Bastakia’s houses face the courtyard, the same goes for the windows. This is done for the free movement of women in an uncluttered form so that no one can see them from the outside. Only the guest rooms on the lower floors have windows facing the street, they are always kept open – this is part of Arab hospitality.

Post Views: 102
Related posts:
If you have found a spelling error, please, notify us by selecting that text and pressing Ctrl+Enter.

The Architecture of Consumption: Shopping Centers as an Exhibition Object - 8.08.21
Оставьте комментарий Cancel reply
Latest Articles
09:28
Everything You Need to Know About the Forex Traders Summit 2023
16:42
Abu Dhabi Mall: The Mall in the Center of Abu Dhabi
21:58
Is a Credit Card Required in Dubai: In Any Case, You Need a Credit Card On Your Dubai Vacation
20:49
You Have to Tip in Dubai: With a Few Dirham You Can Reach a Lot
21:25
Atlantis The Palm Dubai Lobby: The Atlantis The Palm Dubai Lobby is Very Impressive for Visitors
16:21
JA Oasis Beach Tower: You Have a Great View from the JA Oasis Beach Tower in Dubai
19:47
Aura Sky Pool: The Highest 360-Degree Infinity Pool in the World is Only in Dubai
19:54
10 Highest Hotels in Dubai: In the Emirate of Dubai There are Many Tall Hotels with Great Views
20:27
Sharjah International Airport: Home Airport of Air Arabia
17:36
The Biggest Myths About Dubai: Is It True
MyDubai.Media » Articles » Al-Bastakiya District: Exploring the Historic Site