Abu Dhabi Sights: You Have to Add This to Your Tourist’s List 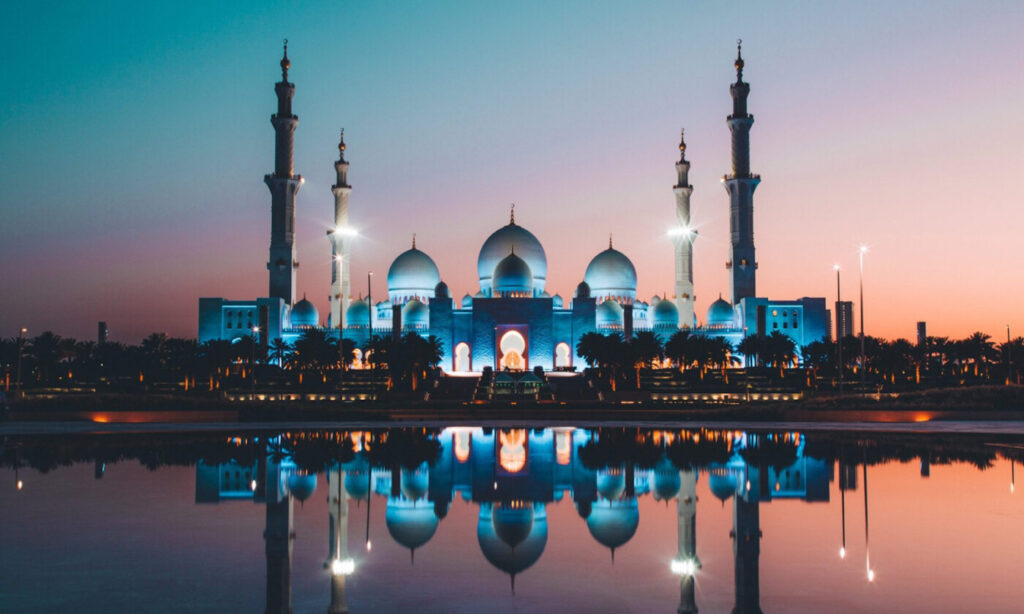 Abu Dhabi is one of the most popular travel destinations in the Middle East. We’ll show you which sights and highlights Abu Dhabi has to offer.

As a travel destination, Abu Dhabi is still clearly overshadowed by Dubai, 140 kilometers away.

If you believe the Abu Dhabi image videos, that’s a big mistake. In this article, we will show you whether the great pictures of the advertising videos can keep up with reality.

Incidentally, Abu Dhabi is both the name of the emirate and the capital. The city has 1.5 million inhabitants, making it the second-largest city in the United Arab Emirates after Dubai.

It starts with the sights. We’ll show you which highlights you shouldn’t miss and what to look out for when visiting.

The Sheikh Zayed Grand Mosque is the highlight in Abu Dhabi and definitely the most photographed subject in the city.

The mosque is definitely very impressive. More than 40,000 worshipers fit into the mosque, which has a few more superlatives to offer: the largest chandelier in the world or the largest hand-knotted carpet in the world, which weighs as much as 47 tons.

The mosque is open to visitors except for a few prayer rooms. Only on Friday morning is the mosque reserved exclusively for the faithful.

You can borrow a robe for free at the entrance. Of course, you can also disguise yourself. But you have to make sure that your clothes really hide any femininity.

If your top ends just a few centimeters above your hands, is even minimally transparent, or in some way suggests feminine contours, you will still have to wear one of the garments on site.

As always, it is much easier for men in Islam. A t-shirt that covers the shoulder and long trousers are more than enough.

In the middle of the desert, there has been an art museum since 2017 that, thanks to a payment of a mere 400 million dollars to the Louvre in Paris, can also bear the name Louvre.

The building is very impressive, but unfortunately, the surroundings are not at all. Dust, sand, and streets surround the building and unfortunately take some of its shine away.

Inside there is an overview of art history from antiquity to the present in 13 rooms. From 2018 the most expensive painting in the world will also hang here: The painting “Salvator Mundi” by Leonardo da Vinci was auctioned by a Saudi prince for the record sum of 450 million dollars. You can do it.

The Louvre Abu Dhabi is very well attended and the lines at the ticket offices are relatively long. We were there very early shortly after the opening, so it was still possible. When we finished, there was a long queue at the entrance.

We recommend that you buy your tickets online in advance. It doesn’t cost more and you can just walk past the queue. You can easily show the tickets on your smartphone and don’t even have to print them out.

The Etihad Towers are an ensemble of a total of 5 high-rise buildings. In tower no.2 there is an observation platform at a height of 300 meters: the Observation Deck at 300.

From up there you have the best view over Abu Dhabi. The ticket to the 74th floor costs 90 AED.

Of this, AED 55 can be credited as a consumption voucher in the bar above. For this you get z. B. a glass of wine or a cup of coffee.

It is a little cheaper if you book your ticket online in advance. Then you save about AED 4.

Tip: If you stay at the Jumeirah At Etihad Towers Hotel, you can visit the observation deck for free. The hotel is a good choice in terms of both location and standard, so you can kill two birds with one stone.

Directly opposite the Etihad Towers is the Emirates Palace Hotel, which is considered one of the best and most luxurious hotels in the world.

Unlike the Burj al-Arab in Dubai, you can easily visit the Emirates Palace Hotel without booking a table in one of the restaurants.

To be honest, the magnificent entrance hall with its huge dome doesn’t look like a hotel lobby, but more like a tourist attraction.

The Qasr Al Watan Palace is the presidential palace of Abu Dhabi and has only been open to the public since 2019. It is very popular with visitors to the city because with its white domes, golden doors, and beautiful gardens, the magnificent palace is really worth seeing.

The Architecture of Consumption: Shopping Centers as an Exhibition Object - 8.08.21
Оставьте комментарий Cancel reply
Latest Articles
09:28
Everything You Need to Know About the Forex Traders Summit 2023
16:42
Abu Dhabi Mall: The Mall in the Center of Abu Dhabi
21:58
Is a Credit Card Required in Dubai: In Any Case, You Need a Credit Card On Your Dubai Vacation
20:49
You Have to Tip in Dubai: With a Few Dirham You Can Reach a Lot
21:25
Atlantis The Palm Dubai Lobby: The Atlantis The Palm Dubai Lobby is Very Impressive for Visitors
16:21
JA Oasis Beach Tower: You Have a Great View from the JA Oasis Beach Tower in Dubai
19:47
Aura Sky Pool: The Highest 360-Degree Infinity Pool in the World is Only in Dubai
19:54
10 Highest Hotels in Dubai: In the Emirate of Dubai There are Many Tall Hotels with Great Views
20:27
Sharjah International Airport: Home Airport of Air Arabia
17:36
The Biggest Myths About Dubai: Is It True
MyDubai.Media » Articles » Abu Dhabi Sights: You Have to Add This to Your Tourist’s List