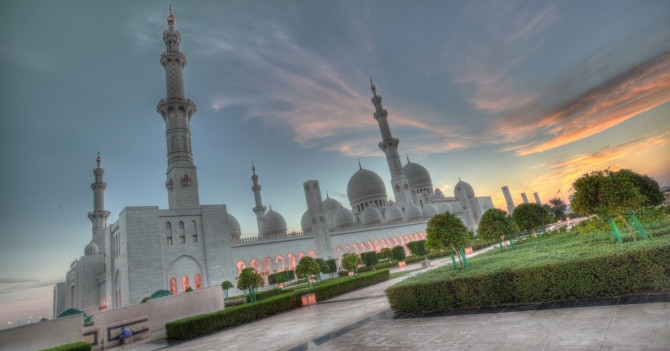 For most of us, the United Arab Emirates is associated with a 50-degree heatwave, a giant shopping mall in Dubai, and a wealth of oil sheikhs. But it is only the «tip of the iceberg» because each new country does not immediately show its real «face».

The city of Abu Dhabi was founded in 1760. At that time it was a complex of fishing huts located on the coast of the sea. This continued for several centuries until the first major oil fields were discovered near Abu Dhabi in 1958. This year is generally considered to be the beginning of the development of Abu Dhabi and the Arab Emirates as a whole. Thirty years later, nothing resembled the old city. Abu Dhabi is now spoken of only in the superior form: the most expensive, the most luxurious, the most modern. The population of the city is 1,145,000. Anyone who comes to Abu Dhabi will get a lot of new emotions.

READ: Deira: One of the Historic Districts of the City of Dubai

The entire city of Abu Dhabi is located on several islands and is connected by road. The government of the Arab Emirates realizes that its oil reserves are not eternal and has decided to make its country a center of international tourism.

This is a theme park, which is located on the island of Yas. In November every year, «Formula 1» passes here. Near Ferrari World is the huge Yas Water World Abu Dhabi, a water attraction park.

The «Formula 1 » races are held only once a year, and Ferrari World offers many rides for adults and small riders. It features a karting academy, circus and light shows, and a Bell’Italia, a children’s track based on legendary Italian racing tracks, and is available on copies of classic Ferrari sports cars. The main attraction of the park is the Flying Aces Roller Coaster. It’s 63 meters high, with a dizzying slope of the rails 51° and speed of «flight» 120 km/h.

Sheikh Zaydah Mosque in Abu Dhabi is one of the greatest architectural structures in the world, the most beautiful mosque in existence. Just as people come to Kyiv and visit Lavra and churches, so in Abu Dhabi the obligatory place of visit for tourists is this mosque. The stone, the materials, the design – all of this gives you a whole new experience.

Unlike other Muslim places of worship, the Sheikh Zayda Mosque is open to anyone who wishes to visit it free of charge. The women are given a special hooded cape at the entrance, so before visiting, we only have to take care of the shoes and do not wear heels.

Sheikh Zayda Mosque is one of the largest Muslim temples in the world, so it will strike first of all by its size – at the same time, there can be 40 thousand people! Its domes and interiors are marble, the chandeliers are decorated with leaf gold and millions of Swarovski crystals, and the carpet on the floor is 5,000 sq. m. and weighs 47 tons! The mosque is regularly toured.

It’s the tallest building in the world!

Sauad is quite right. The 162-story building in Dubai reached a record height of 828 meters, but no architect has been able to exceed, although the tower was officially opened in 2010. There are offices, private apartments, Hotel Armani, as well as attractions open to everyone. In particular, on the 124th floor, there is a viewing area from which the whole country can be seen on a clear day.

There is also a special electronic telescope that can view the surroundings, preserved images of the landscape at different times. On the 148th floor of the tower there is At The Top Sky Lounge, the tallest observatory in the UAE, and on the 122nd floor there is Restaurant At.mosphere, where you can dine among the clouds – literally.

The only 7-star hotel in the east is a veritable embodiment of luxury. It took about two tons of gold to finish the building alone.

The Abu Dhabi Hotel is an embodiment of Middle Eastern luxury, Arabic culture, and hospitality. According to the international hotel classification, he is given five stars, but in scale and decoration, he can beat any record.

The hotel is surrounded by gardens and lawns on an area of 85 hectares, its own bay with a pier, hotel rooms are not even apartments, and entire residences are removed with marble and gold. Emirates Palace also has 9 restaurants, 42 conference halls, which crown a large concert hall, where you can sing opera. The special holiday programs at the hotel are for New Year’s Eve and Christmas, and given that Christina Aguilera sang here once, there are very pleasant surprises here.

Souqs are traditional local markets. Here you can experience the true colors of the UAE.

All Arab markets are organized in the same way: individual rows are awarded only for meat, fresh fish, and spices, while other goods – from minted dishes to carpets and gold ornaments – are sold mixed.

It sells and buyers, smells like Oriental spices and sweets, and the silk handkerchiefs blow right to the face. Unfortunately, the old market in Abu Dhabi had burned down long ago, but the city was trying to reconstruct its atmosphere, both in fixed markets and in temporary markets that lasted for a month.

The range of products is almost identical everywhere, but it is still preferable to «catch» the temporary market, where besides trade a number of programs are arranged, for example, for children there are masterclasses on drawing with henna and sand.

The Architecture of Consumption: Shopping Centers as an Exhibition Object - 8.08.21
Оставьте комментарий Cancel reply
Latest Articles
20:49
You Have to Tip in Dubai: With a Few Dirham You Can Reach a Lot
21:25
Atlantis The Palm Dubai Lobby: The Atlantis The Palm Dubai Lobby is Very Impressive for Visitors
16:21
JA Oasis Beach Tower: You Have a Great View from the JA Oasis Beach Tower in Dubai
19:47
Aura Sky Pool: The Highest 360-Degree Infinity Pool in the World is Only in Dubai
19:54
10 Highest Hotels in Dubai: In the Emirate of Dubai There are Many Tall Hotels with Great Views
20:27
Sharjah International Airport: Home Airport of Air Arabia
17:36
The Biggest Myths About Dubai: Is It True
14:52
The Ukrainian Charitable organization appeals to the world community to help Ukrainians affected by the war in Ukraine
18:19
Yas Island Rotana: Yas Island in Abu Dhabi
18:36
Dubai Safari Park: A Beautiful Zoo in Dubai
MyDubai.Media » Articles » Abu Dhabi and Dubai: 5 Best Places for Family Visits
Posting....